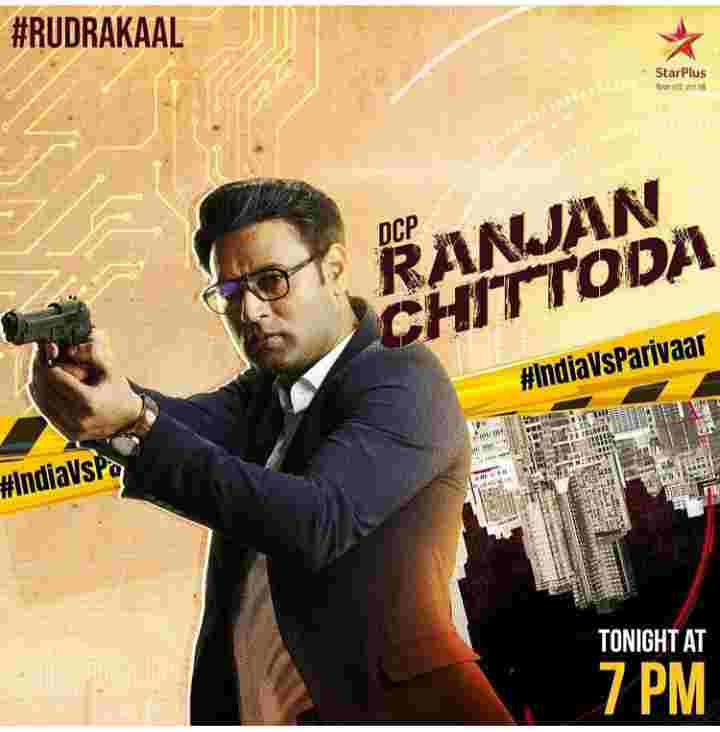 Rudrakal television serial is full of action drama and Thriller. The show will be aired on Star Plus every Sunday at 9 pm from 7 March 2021. A week before this show, it will be telecasted on the OTT platform Hotstar + Premium.

If we talk about the story of this serial, then its story has not been revealed yet, but looking at the trailer, it seems that the show revolves around crime and thriller. The lead role of this show is Bhanu Uday Goswami playing the role of DCP Ranjan Chittor.

Apart from him in the show, Dipannita Sharma who plays his wife Gayatri Chittorra, and Rudraksha Jaiswal and Shruti Marathe are also in the lead role of the show.

The serial is directed by Santosh Shetty and Sukriti Tyagi. This serial is made under the banner of Dashmi Creation. The audience is eagerly waiting for this show.

This is the latest information on Rudrakaal TV Serial Star Plus Serial Cast, Timings, Repeat Telecasting Time, Story, Real Name & More. Share this post with your friends and keep visiting us on celebwale.com for famous personalities and trending people’s biography with updated details. If you have any thoughts, experiences, or suggestions regarding this post or our website. you can feel free to share your thought with us.