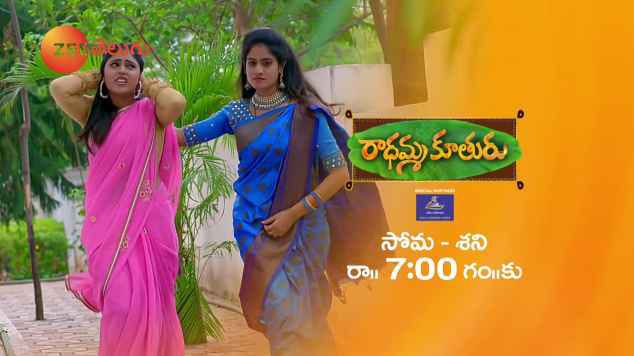 Radhamma Kuthuru is a main Telugu language drama series revolving around three women. Radhamma is a woman who is the mother of three daughters but her husband needs a son from Radhamma. But she is unable to give birth to a son and due to this, her husband marries another woman and leaving them.

Radhamma belongs to the middle class who runs a hotel to take care of her family. Because of this, she also hears taunts from society and also faces many difficult situations.

Despite so many problems, she does not give up and takes good care of her three daughters. Radhamma’s second daughter Akshara who stands with her mother in a fight with her father.

She fights against her father and tells her mother that she will become an IAS officer and try her best at her level. The Telugu drama series Radhamma Kuthuru stars Meghna Raami, Deepthi Manne, Gokul in the lead.

Which is being broadcast on Zee Telugu and Zee Telugu HD channels at 7 pm from Monday to Saturday. You can also watch this serial on the online streaming platform Zee5 App.

Star Cast And Their Role In Radhamma Kuthuru TV Serial:

This is the full details on Radhamma Kuthuru TV Serial Cast, Zee Telugu Tv, Release Dates, Repeat Telecast Timing, Story, Real Name & More. Share this post with your friends and keep visiting us on celebwale.com for such an entertaining post. If you have any thoughts, experiences, or suggestions regarding this post or our website. you can feel free to share your thought with us.