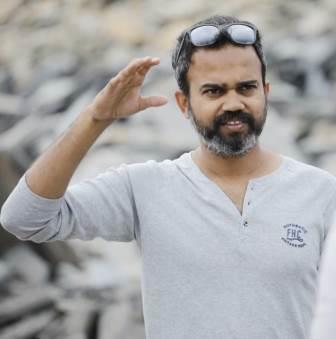 Prashanth Neel is an Indian Kannada film director best known for directing the Sandalwood pan India movies KGF Chapter 1 and KGF Chapter 2. He completed his early education at Baldwin Boys School and then joined Seshadripuram College for higher studies. He decided to drop out of college during his MBA studies and started writing scripts for films.

Many films were shot in his family’s Hotels Highlands and Moti Mahal so that he was well versed in the film industry. He would often write scripts for films while sitting alone in his room. However, he was also an unemployed youth who had come to earn money in filmmaking. After that he did a filmmaking course and took the script of his movie Aa Hudugi Neene, he went to his brother-in-law and actor Srimurali to cast them.

Neel changed his mind after Srimurali expressed concern over Prashanth’s inexperience in filmmaking. After that, he slowly started looking into Srimurali’s modus operandi and came back with a brilliant script for an action film, Ugramm in 2010.

Neel hadn’t attended any film school nor did he work with anybody as an assistant in the Movie business. So he learned everything on the job in his debut movie. So he formed his core team and they started shooting for Ugramm in 2010 and it took 4 years for him to complete since it was his first movie and he was very adamant for it to be his best and didn’t care about time

He cast his brother-in-law and actor Srimurali in the film Ugramm and released it in 2014. Upon release, the film turned out to be a massive commercial success and emerged as the highest-grossing Kannada film of 2014. Then, in early 2015, reports emerged that Prashanth had been signed to direct three films, the first of which was the sequel to Ugram, with Srimurali in the lead.

His second film was Kolar Gold Fields (KGF Chapter 1), in which Kannada actor Yash played the role of Rocky Bhai. The film was made in a total of ₹80 crores, which earned a total of ₹250 crores at the box office. His third film was KGF Chapter 2 which was released nationwide on 14 April 2022 due to Covid. Making history at the box office, the film earned ₹625 crores in just 5 days of its release.

Talking about his upcoming films, there are films like Ugramm 2, Salaar (Commander), and Bagheera. However, in the last scene of the film KGF Chapter 2, he has also hinted about the sequel of the film, KGF Chapter 3, which has increased the curiosity of the audience.

Prashanth Neel age is 42 years old in the year 2022 and he is a brilliant director whose all the movies directed till now have been blockbusters. He likes to stay fit.

Prashanth Neel’s height is 5 feet 7 inches, which is equal to 170 centimeters. Neel’s body weight is about 62 kg, he takes a proper diet to keep his body fit so that his body measurement is 40-34-12. His eye color is Black, and his hair color is also Black.

Prashanth married his girlfriend Likitha Reddy in 2011. They were first met in August 2010, while shooting for Ugramm. Likitha also studied at Baldwin Girls school where Neel was studied. After that, Both families met through a common friend, and finally, they decided to tie a knot on 5 May 2011. They also have a son named Rayansh Neel and their elder daughter’s name is Sarayu Neel.

Talking about the total net worth of Prashanth Neel, his net worth is around ₹30 crores. He earns mainly as a film director. Apart from this, he also charges good money as a scriptwriter. He had charged a total fee of ₹15 crores for KGF Chapter 2.

Some Interesting Facts About Prashanth Neel:

This is the full details on Prashanth Neel Biography, Age, Wife, Sister, Family, Movies, Net Worth & More. Share this post with your friends and keep visiting us on celebwale.com for famous personalities and trending people’s biography with updated details. If you have any thoughts, experiences, or suggestions regarding this post or our website. you can feel free to share your thought with us.