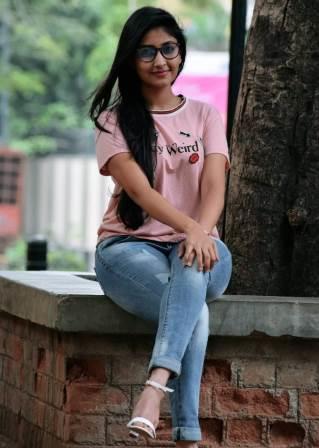 Archana Jois is a South Indian actress known primarily for her work in South Indian television serials and films. She rose to fame by playing the role of mother of Rocky Bhai in the Kannada PAN India movies KGF Chapter 1 and KGF Chapter 2. Archana was born on 24 December 1994 in Ramanathapura, Hassan, Karnataka. She completed her early education at New Oxford English School, Bangalore.

After that, she completed his pre-university education at Navachetna School in Bangalore. Archana is proficient in dance-like Bharatnatyam and has also received her training. She holds a Master in Fine Arts from the Arms Deemed University, Tamil Nadu. Archana has been fond of acting and dancing since the beginning.

She used to participate in many cultural activities even during her college days. After completing her studies, she started auditioning in television and ad films to fulfil her dream of becoming an actress. Soon she got a chance to play a role in Zee Kannada’s serial Mahadevi, which was telecasted in 2015. She played the role of Sundara in her debut serial.

Due to her beauty and stunning performance in the serial, the audience loved her role, which earned her popularity in the industry. In 2018, she was cast in Prashanth Neel’s PAN India Kannada movie KGF Chapter 1 for the role of mother of the movie character Rocky Bhai. In this movie, she played her character very well, due to which she got recognition all over India.

The movie was released in PAN India on 21st December 2018 which proved to be the biggest hit in the Kannada industry. The movie collected more than ₹250 crores at the box office. She has so far worked in movies like Vijayaratha (2019), and Kalantaka (2021). In 2022, her film KGF Chapter 2 broke all the records of the Indian film industry at the box office and earned more than ₹625 crores in just 5 days.

The film was the second instalment of KGF Chapter 1 released in 2018 which broke all the records of box office earnings. The film has seen a lot of crazes all over India and the world. The role of Shanthamma Rocky’s mother, played by her in the film, was highly appreciated.

While some people are hesitant to play mothers on television, Archana, on the other hand, played the role of a mother very easily in the KGF movies at the age of just 25. She played the role of Yash’s mother Shanthamma in the film, earning her the nickname KGF Ki Maa or Rocky Bhai’s mother. In an interview, she told that she has no regrets about becoming a mother so early in her career. She also said that about the role in KGF

“I am thrilled that I am part of KGF. I was surprised and apprehensive when Prashanth Neel approached me to play the mother of the protagonist. It is thanks to my friend, RJ Pradeepa, who insisted I give the film a shot that I came to be part of KGF. ”

In 2022 she appeared in another Kannada movie Hondisi Bareyiri as Pallavi. Apart from this, she has also worked in the Marathi film Rajkumar which was released on YouTube during the Pandemic.

Archana Jois’ age is 27 years old in the year 2022. She is very glamorous in real life. From saree to western dresses, Archana looks very beautiful. Her smile is quite popular among the audience.

Archana was born in a typical middle-class family in Ramanathapura Village, Hassan district, Karnataka. They have full faith in Hinduism and worship Hindu deities. Archana Jois’s father’s name is not known and her mother’s name is Veena K. Apart from his parents, she has an elder sister named Vaishnavi Simhan.

Talking about her marital status, she is married. She was married in a very short time. Archana Jois’ husband’s name is Shreyas J Udupa. She is very happy in her married life and always shares her cute photos with his husband on Instagram.

Talking about the total net worth of Archana Jois, her net worth is around ₹1 crore. She earns mainly from acting in films and serials. With her strong acting in KGF, she has left her mark in the hearts of the people, which is sure to increase her brand value.

Some Interesting Facts About Archana Jois:

‘अगर तुममें हिम्मत हो कि हज़ार लोग तुम्हारे पीछे खड़े हैं तो तुम सिर्फ एक जंग जीत पाओगे…अगर हज़ार लोगों ने हिम्मत जुटाली की तुम उनके आगे खड़े हो तो तुम दुनिया जीत लोगे’ (“If you have the courage to have a thousand people standing behind you, you will win only one battle…If a thousand people gather courage that you are standing in front of them, then you will win the world).

This is the full details on Archana Jois Biography, Age, Education, Marriage, Husband, Family, Net Worth & More. Share this post with your friends and keep visiting us on celebwale.com for famous personalities and trending people’s biography with updated details. If you have any thoughts, experiences, or suggestions regarding this post or our website. you can feel free to share your thought with us.