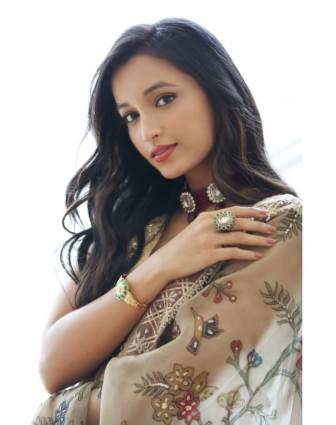 Srinidhi Shetty is an Indian engineer, model, actress, and beauty pageant titleholder who rose to global fame for her role as Reena Desai in the pan India Kannada film KGF Chapter 1 and KGF Chapter 2. Srinidhi’s full name is Srinidhi Ramesh Shetty. She was born on 21 October 1992 in Kinnigoli, Mangaluru, Karnataka.

She completed her high school at Sree Narayana Guru English Medium School, Mangalore, and did her pre-university education at St. Alloys Pre University College, Mangalore. She has been a meritorious student from the beginning, having secured 93.5% marks in her high school exams. Along with her studies, she actively participated in all extracurricular activities like dance, sports, volleyball, throwball, swimming, etc.

Later she shifted to Bangalore for her higher studies and got an engineering degree Bachelor of Electrical Engineering from Jain University, Bangalore. She also topped her engineering studies and passed the engineering exam with 85%. She got involved in modeling while studying in college. She participated in the Clean & Clear sponsored fresh face contest for the first time in 2012 where she was a top 5 finalist.

After that, she started working as a software engineer in Accenture, Bangalore. While working at Accenture, she worked on many modeling projects. During that time in 2015, she participated in the Manappuram Miss South India beauty contest where she was the winner of Miss Karnataka and Miss Beautiful Smile title.

After that, she participated in the Manappuram Miss Queen of India beauty contest where she was the first runner-up and was named Miss Congeniality. In 2016, she participated in the 2016 Miss Diva beauty pageant contest where she was selected as a finalist and won the title of Miss Supranational India 2016. Apart from that Srinidhi was also given three subtitles for her smile, body, and photogenic face.

During her reign as Miss Supranational 2016, she toured countries such as the United Arab Emirates, France, Japan, Singapore, Thailand, Poland, and Slovakia. After becoming Miss Supranational 2016, she started getting offers to act in films. She made her film debut with the Kannada pan India film KGF Chapter 1 released in 2018. In KGF, she worked with rocking star Yash in which she played the role of Reena Desai.

She also played the lead role in KGF Chapter 2, which was released in 2022, and gave him a new identity around the world. The film earned ₹134 crores in India, breaking all the records at the box office on the first day itself, and on the fourth day of its release, the film grossed ₹549 crores. Srinidhi’s upcoming film is titled Cobra in which she will be seen opposite Chiyan Vikram. The film is a thriller film which is going to release on 25 May 2022 in theatres.

Srinidhi Shetty’s age is 29 years old in the year 2022. He is famous for his beautiful performance. She looks very attractive in appearance. He has made people crazy with his attitude in his first movie KGF.

Srinidhi was born in Mangalore to a middle-class Tulu-speaking Tuluva Bunt Hindu family. His entire family believes in Hinduism and worships Hindu deities. His parents come from the state of Karnataka. Srinidhi Shetty’s father’s name is Ramesh Shetty and he hails from Mulki, Karnataka while her mother Late Kushala Shetty was a resident of Thalipady Guthu, Kinnigoli.

Her mother Kushala Shetty passed away when she was just 10 years old. After that, his father Ramesh Shetty raised his three daughters. Apart from his father in her house, there are 2 elder sisters named Amritha Shetty and Priyanka Shetty. Her marital status is unmarried. No information about Srinidhi’s boyfriend is available on social media.

Talking about the total net worth of Srinidhi Shetty, her net worth is around ₹10 crores. Her main source of earnings is as an actress and endorsements. She charges around ₹3 crore or more per film. Apart from this, she also endorses some brands for which she charges ₹2 lakh as a fee. She charges ₹3 crores as fees for KGF Chapter 2.

Some Interesting Facts About Srinidhi Shetty:

Que. Who is Srinidhi Shetty’s father?

Que. What is the age of Srinidhi Shetty?

This is the full details on Srinidhi Shetty Biography, Age, Height, Father, Family, Boyfriend, Net Worth & More. Share this post with your friends and keep visiting us on celebwale.com for famous personalities and trending people’s biography with updated details. If you have any thoughts, experiences, or suggestions regarding this post or our website. you can feel free to share your thought with us.