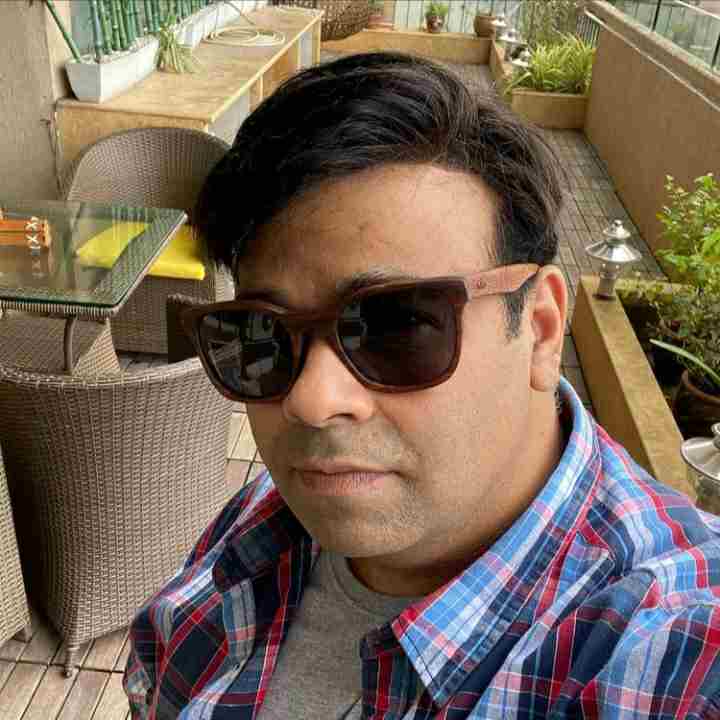 Kiku Sharda was born on 14 February 1976 in Jodhpur, Rajasthan. Kiku is an Indian comedian and star actor in the television industry who has also worked in a few films. He is the most prolific actor in the field of comedy where no one can stand far in front of him. He did his schooling in Mumbai. He got his post-graduation degree from CIMR College in Mumbai. Kiku made her appearance in the television industry on a show called Hatim, in which he played the character of Hobo which was well-liked by the audience.

He made his film debut in the Punjabi film Mitti in 2001. After this, he acted in the serial Kabhi Ha Kabhi Naa serial in 2004 in which he played the role of Jai. Kiku played the role of constable Mulayam Singh Gugul in SAB TV’s popular show FIR which became quite popular. He gained real popularity from the Comedy Nights with Kapil Comedy Show, in which he played a variety of characters in the show where his character Palak got a new identity.

The show gained a lot of popularity with its character, and Comedy Nights with Kapil became India’s most popular comedy show. The show was not only liked in India but also gained popularity in foreign countries too. Before their debut in the TV industry, he married Priyanka Sharda in the year 2003. He participated in Nach Baliye 4 in 2013 and Jhalak Dikhhla Jaa in 2014 before working on Comedy Nights with Kapil. Kiku also had to go to jail in his life due to some of his controversies.

Kiku Sharda is the most loved comedian in the TV world and his real name is Raghvendra Sharda. This 44-year-old actor is not enchanted with any identity today, he has gotten so much recognition today only from his talent for comedy and the character he played in the comedy show Comedy Night with Kapil. His different character in the show was well-liked by the audience, in which he played the character of Palak and made the audience laugh.

Before he was starting his carrier in TV Shows, he got married to Priyanka Sharda and has two sons and their name is Aryan and Shaurya. Apart from TV, he also keeps working in film. Currently, he is the main cast of The Kapil Sharma Show, which is the number 1 show in the TV ratings.

Talking about the controversy of Kiku Sharada, his controversies begin in the show Comedy Nights with Kapil. In 2016 he was arrested for mimicking Sant Gurmeet Ram Rahim Singh, the head of Dera Sacha Sauda, ​​in which Kiku took the show to Baba and he was arrested as he was wearing clothes, drinking alcohol, and doing an obscene dance with girls which was to insult a sect chief. Later he got bail after a few days and he came out. Today he is working without any interruption on the Kapil Sharma Show which airs on Sony TV every Saturday and Sunday at 9 pm.

Kiku Sharda belongs to Rajasthan. Talking about their body, and physical states, their body weight is very high, they are at least 92 kg. His height is 5 feet 4 inches, which is 202 lbs. He is a very heavy person with his body, so when he goes to perform in many shows, the audience does not know that he has the same weight and body in real life as seen on TV. His body measurement is 44–38–15. His eyes are brown and his hair is black.

Kiku Sharda alias Raghavendra Sharda belongs to the Hindu Marwari family. His father’s name is Amarnath Sharda, the owner of SMG Securities Ltd, which is based in Mumbai. Kiku Sharda’s mother’s name is Reeta Sharda who is a housewife. He has 3 brothers in his family named Amit Sharda, Siddharth Sharda, and Sudarshan Sharda.

Kiku got married in the year 2003, Kiku’s wife’s name is Priyanka Sharda. Kiku and Priyanka also have two sons named Aryan and Shaurya. He is very happy in his family and loves his wife very much. Kiku was born in Jodhpur but now lives in Mumbai.

Kiku Sharda has been a very good student and he was very good at studying. He has taken his primary education in Mumbai. He got his 10th education from Don Bosco High School, Mumbai, and his 12th education from the same school too. He has also obtained his BBA degree from the Narsee Monjee College of Commerce and Economics, Mumbai due to his good number pass in class 12.

Even after taking his BBA degree, he wanted to continue his studies and his family also supported him in his studies. So, he took admission to Chetna Institute of Management Studies and Research, Mumbai to study MBA, and from there he successfully obtained an MBA degree. After studying so much, he made his career in the TV industry and today he is a successful actor and comedy artist.

Kiku Sharda has worked in many TV serials in the history of his life. He started his TV career in 2003 with the Star Plus Adventures serial Hatim. In this serial, he played a character named Hobo who was among the children at that time and was quite popular. After this, he also acted in the Zee tv serial Kabhi Ha Kabhi Naa in which he played the role of Jai.

Kiku has also worked in some popular serials which earned him a lot of fame. He is currently seen as a different character in Sony TV’s popular show The Kapil Sharma Show. It is the most popular comedy show in the country and also remains number 1 on TRP. We are giving below the list of Kiku’s TV serial in which he worked.

Kiku Sharda started his film career in 2001 with a Punjabi movie clay, in which he played the role of Qasma, after which he played role in some films like Hera Pheri, Darling, Dhamaal, Race, No Problem, Happy New Year, and English Medium. In the table below, the details of all his films are given.

Talking about the total net worth of Kiku Sharda, according to some media reports, although he has been brought up very well. But in the early days of his career, he worked hard to make a mark. In the initial days, Kiku used to get only ₹700, whereas now he takes lakhs for a show. According to media reports, Kiku’s total assets are around ₹20 crores. He charges around ₹10 lakh to ₹15 lakh for every appearance in The Kapil Sharma Show.

Not only this, but Kiku Sharda also earns huge money through advertisements. According to an estimate, his annual income at present is more than ₹5 crore. In an interview, friends of Kiku Sharda told that during their college days, they all used to go to study in Kiku’s car. In today’s time, Kiku has many luxury vehicles like BMW and Audi A8. Kiku’s family is also involved in the business.

Talking about the social media life of Kiku Sharda, they neither stay away from social media nor stick to it more, they use all these platforms as much as is required. We are giving the link to Kiku Sharda’s Instagram account and Twitter account in the table below, you can follow them if you want.

Some Interesting Facts About Kiku Sharda:

Que. How much does Kiku Sharda earn?

Ans. No, he is not Punjabi he is a Marwari Hindu who was borns in Jodhpur, Rajasthan.

Que. Who is Kiku Sharda’s father?

Ans. Kiku Sharda’s father is Amarnath Sharda who is the owner of SMG Securities limited in Mumbai.

Que. How old is Kiku Sharda?

Que. Who is Kiku Sharda’s wife?

This is the full details on Kiku Sharda Biography, Age, Weight, Father, Family, Wife, Son, Salary, Net Worth & More. Please share this post with your friends and keep visiting us on celebwale.com for famous personalities and trending people’s biography with updated details. If you have any thoughts, experiences, or suggestions regarding this post or our website. you can feel free to share your thought with us.