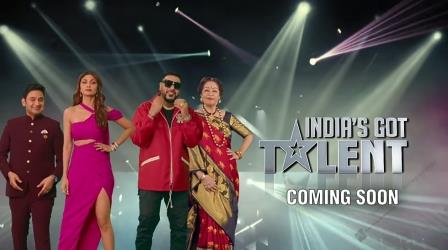 The popular show India’s Got Talent is returning to TV after almost 3 years. This time the show will be presented on the Sony TV channel instead of the Colors TV channel.

Through this show, viewers get to see the different and unique talents of the people of the country, which remains astonishing. The audition process of the show is now completely over and now the show is soon going to air on Sony TV instead of Colors TV.

The first season of India’s Got Talent aired on Colors TV in 2009, which was given a lot of love by the audience. The first season was hosted by Bollywood actor Ayushmann Khurrana and the show was judged by Kirron Kher, Sonali Bendre, and Shekhar Kapur.

After that, the show was regularly aired successfully on Colors TV. The eighth last season of the show aired in 2018 which was hosted by Rithvik Dhanjani and included Karan Johar, Malaika Arora, and Kirron Kher as judges on the show.

But after almost 3 years, India’s Got Talent 9 is being aired on Sony TV in which Arjun Bijlani will be seen in the role of host. The show will be judged by Badshah, Shilpa Shetty, and Manoj Muntashir.

Indias Got Talent 2022 Cast With Photo:

Talking about the judges of the show i.e. Shilpa Shetty, Badshah, Manoj Muntashir, Kirron Kher will be seen. Arjun Bijalani will be the host of this season.

This is the full details on Indias Got Talent 2022 Cast, Judges, Sony Tv, Wiki, Time, Host, Release Date & More. Share this post with your friends and keep visiting us on celebwale.com for such an entertaining post. If you have any thoughts, experiences, or suggestions regarding this post or our website. you can feel free to share your thought with us.