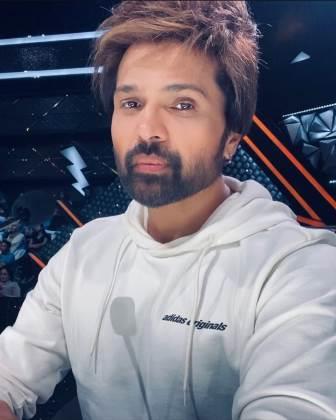 Himesh Reshammiya is an Indian playback singer, music director, songwriter, actor, film, and music producer who predominantly works in Hindi films. He was born on 23 July 1973 in Mumbai, Maharashtra. He belonged to a music composer family, so he did not have to struggle that much to enter the Hindi entertainment industry. He completed his early schooling at Hill Grange High School, Mumbai.

After his graduation, he started his career as a TV series producer. He produced TV series like Andaz, Ahha, Aman, Aashiqui, Amar Prem, and Jaan and also composed the title tracks of some shows. In 1998, he made his Bollywood debut by composing 2 songs Pyaar Kiya To Darna Kya, and Tum Par Hum Hai Aatke from Salman Khan’s film Pyaar Kiya To Darna Kya. Both these songs composed by Reshammiya were huge hits.

After that, he composed songs for films like Bandhan, Hello Brother, Dulhan Hum Le Jayenge, and Humraaz which added to his success. He was at a new height of success after composing the songs for Salman Khan’s film Tere Naam in 2003. In 2004, he wrote songs for 10 films including the Bollywood movie Aitraaz. In 2005 he wrote songs for 10 more films including Aashiq Banaya Apne and Maine Pyaar Kyun Kiya. During that time he was also working as a playback singer in the film Aashiq Banaya Aapne.

After its release, the song sung by him in the film became very popular among the people, as a result of which he was honored with many awards in the music world. Reshammiya recorded multiple popular songs as a singer such as Aashiq Banaya Aapne”, “Tera Suroor”, “Zara Jhoom Jhoom”, “Jhalak Dikhlaja”, “Andaz Apna Apna”, “Afsana”, “Shakalaka Boom Boom”. “, “Meri Awaargi”, “Hookah Bar”, “Chalao Na Naino Se”, and “Tandoori Nights”.

In November 2013, he produced the Bollywood movie The Xpose, in which he also featured as a lead actor. Himesh is involved as a judge in many music reality shows in the Hindi television world.

In 2022, he again appeared as a judge on the Sony TV singing reality shows Indian Idol 13 along with Neha Kakkar and Vishal Dadlani.

Himesh Reshammiya’s age is 49 years in 2023. He looks quite fit right now and believes in a simple life. Reshammiya’s height is 5 feet 7 inches, equal to 170 centimeters. His body weight is about 72 kg, his body measurement is 40-32-14. His eye color is Black, and his hair color is also Black.

Himesh was born into a prosperous Hindu family in Mumbai. His family believes in Hinduism. Himesh Reshammiya’s father’s name is Vipin Reshammiya and he is a music director. His mother’s name is Madhu Reshammiya and she is a housewife. He also had an elder brother, but he died in childhood. Himesh’s marital status is Married. He had his first marriage with Komal Reshammiya in 1995. Later in 2017, both of them got divorced with mutual consent.

Himesh Reshammiya’s total net worth is around ₹80 crores. He earns around ₹50 lakh in a month and more than ₹6 crores in a year. He charges ₹2.50 lakh per episode for television shows. He is considered to be a multitasker in Bollywood who plays all kinds of roles from lyricist to music director, acting, and producer. Himesh charges around ₹3 crores to ₹5 crore for a film as an actor and he charges ₹15 lakh to ₹20 lakh for a song.

Apart from this, he does more than 100 live shows in India and abroad in a year where he charges up to ₹40 lakh per show. Himesh also has a music studio named HR in Andheri, Mumbai. He likes to live a luxurious life, has a luxurious house of ₹10 crores in Mumbai, and owns a BMW 6 Series car.

Some Interesting Facts About Himesh Reshammiya:

Que. How much does Himesh Reshammiya charge for a song?

Que. What is the monthly income of Himesh Reshammiya?

Ans. He earns around ₹ 50 lakh in a month and more than ₹ 6 crores in a year.

Que. Why did Himesh Reshammiya fail?

Ans. Himesh failed to prove himself as an actor in films. All his films have either been flops or have been average at the box office.

Que. Why did Himesh Reshammiya wear his cap?

Ans. Recently, Himesh admitted that he had lost all the hair on his head. In the show Koffee with Karan, he says, “What do you want to know? I did say on the show that I was losing hair and that is the reason I was wearing a cap.

This is the full details on Himesh Reshammiya Biography, Age, Height, Father, Family, Wife, Net Worth & More. Please share this post with your friends and visit us on celebwale.com for famous personalities and trending people’s biographies with updated details. If you have any thoughts, experiences, or suggestions regarding this post or our website. you can feel free to share your thought with us.