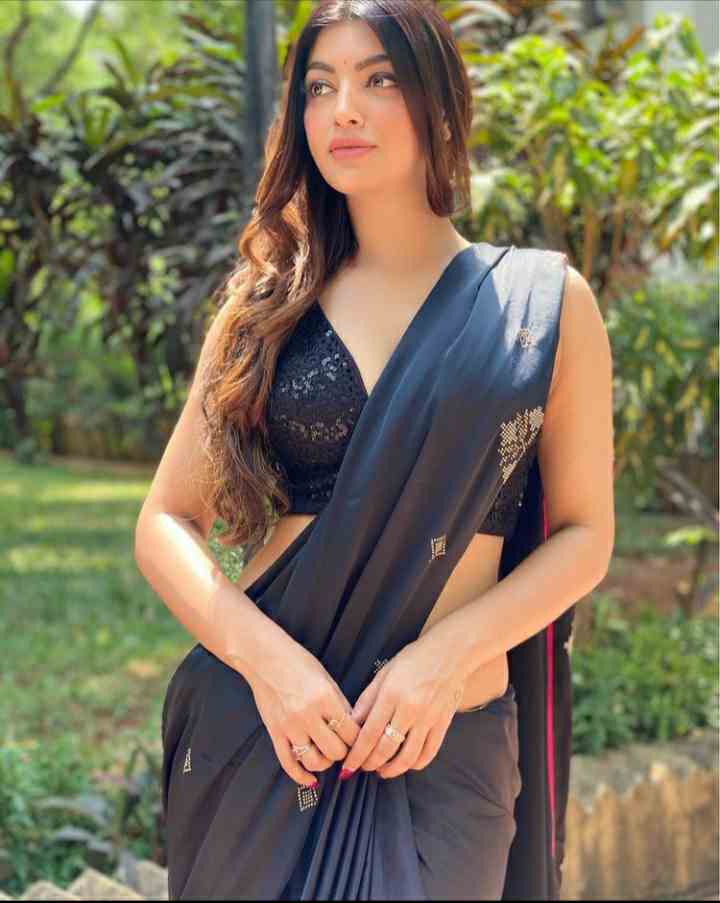 Akanksha Puri was born on 26 August 1988 in Bhopal, Madhya Pradesh. She received her early school education in Bhopal itself. After this, she also passed her tenth and twelfth exams by staying in Bhopal. After passing a good number in intermediate, she shifted to Indore, Madhya Pradesh for her graduation. Where she received her graduation from Devi Ahilya University, Indore. After finishing graduation, Akanksha took training from an institute to become an air hostess.

After completing the training, she auditioned for the air hostess in Chandigarh where she was selected for the cabin crew post. She was selected as an international cabin crew at Kingfisher Airlines, where her job location was primarily in Bangalore. For a few years, Akanksha worked in airlines, during the job, a friend of Akanksha advised him to do modeling. After which she decided that now she will leave her job in airlines and do modeling. She did more than 100 TV commercial ads and print shoots while modeling.

She was then spotted by filmmakers of the Tamil movie Alex Pandian during a print shoot and offered him the film. Akanksha played Kaalyan’s sister in the Tamil film Alex Pandian, accepting this offer for a role in the film. The film was her debut movie in which she played her role well. She then acted in two films in the year 2014. She played the role of Mukundan in the Tamil film Tihar released in 2014 and also made her debut in the Malayalam film industry by playing the role of Annie in the Malayalam film Praise the Lord released the same year.

In the year 2015, she acted in 4 consecutive films. She made her debut in the Kannada film industry by playing the role of Akanksha in the Kannada film Lodde. In the same year, she played Saira in the Malayalam movie Samrajyam ll: Son of Alexander. In the same year 2015, Akanksha played Nandita Menon in Madhur Bhandarkar’s Bollywood film Calendar Girls.

Although she was not the director’s first choice in this film, before her the role was offered to Meghna Raj. Later that year, she played the character of Gouri in another Malayalam film Amar Akbar Anthony. Akanksha played the role of Kaira in the Tamil film Action, released in 2019, after a long gap of 4 years after working in the year 2015.

After this, she participated in Colors TV’s most talked-about show Bigg Boss 13 in the year 2019. Where she met his ex-boyfriend Paras Chhabra for the first time. The love story of the two was a topic of discussion on the internet media at that time. Bigg Boss 13 was hosted by Bollywood actor Salman Khan. Apart from this, Akanksha has done a great job in many blockbuster music videos. Some of her music video songs are still on the audience’s tongue.

Akanksha worked with Shrey Singhal in Jahaan Tum Ho Music Video in the year 2017. The song was released on the T-Series YouTube channel, which has been viewed more than 170 million times so far. Akanksha showed her bold avatar to the audience in this song. She was seen in a bikini-clad hot look in this song. She was in the limelight due to her hot look and her bikini photos were widely shared on social media. After this, in the year 2019, she appeared in Dancing Doll and Jubin Nautiyal’s superhit song Chitthi. In the year 2020, Akanksha performed in Jubin Nautiyal’s new song Main Balak Tu Mata.

Akanksha Puri’s age is 34 years old in 2022. She is always very serious about her fitness and exercises regularly in the gym every day. Akanksha’s fitness makes her one of the most beautiful and fit actresses in the South industry and Bollywood film industries. She has given very bold scenes in the Bollywood film calendar girls and the Hindi music video Song Jahan Tum Ho.

In both of these videos, she was seen in a swimsuit. She resorts to the gym and yoga to keep her body fit and maintained. Her body look and fitness are superb, which can make anyone crazy with her style. She keeps eating green vegetables and fruits to keep her body fit. She also consumes fruit juice and coconut water daily which keeps her body fresh from the inside.

Akanksha Puri was born into a prosperous Hindu family. Her entire family follows Hindu customs and also worships Hindu deities. She worships Lord Shri Ganesh and Maa Durga. Akanksha Puri’s father’s name is RK Puri, and he is a retired Assistant Commissioner of Police (ACP). Akanksha Puri’s mother’s name is Chitra Puri, and she is an Astrologer. Apart from her parents in the house of Akanksha, she also has a brother named Amit Puri. Talking about the marital status of Akanksha, she is still unmarried but during her participation in Bigg Boss 13, she befriended Paras Chhabra.

After that, the affair started in both of them and the affair slowly went into love. At one time, Akanksha was in love with Paras, she also had true love with Paras. Akanksha also had a tattoo of Paras’s name on her hands, but both had a breakup due to Paras’ possessiveness and she is now single after her breakup. Akanksha’s ex-boyfriend’s name is Paras Chhabra. Akanksha Puri participated as a wild card in Mika’s Swayamvar show Mika Di Vohti where Mika Singh was searching for his wife. Akanksha, leaving behind the rest of the contestants, garlanded Mika and accepted him as her husband.

Akanksha Puri was born in Bhopal, Madhya Pradesh, and received her early school education from there. After that, she passed her tenth and twelfth from a convent school in Bhopal itself. After passing a good number in intermediate, she shifted to Indore, Madhya Pradesh for her graduation. Where she received her graduation from Devi Ahilya University, Indore. After finishing graduation, Akanksha took training from an institute to become an air hostess.

Talking about the net worth of Akanksha Puri according to sources, she charges around ₹60k to ₹70k for an episode of the tv show. She is charging around ₹20 lakh to ₹30 lakh for one movie. The main sources of her earnings are television shows, advertising, music albums, and films.

Akanksha Puri’s account is available on all social media platforms. She is present on Instagram where she has more than 670k followers in 2021. She keeps sharing her latest pictures on Instagram with her fans. Apart from this, she is also present on Facebook where she has 26k followers. And she has 70k followers on her Twitter account. Akanksha is also covered by Wikipedia. Below we are sharing the links of all their social media accounts with you, by clicking on which you will be able to access their profile directly.

Akanksha Puri made her film debut with the Tamil film Alex Pandian in the role of Kalyan’s Sister which was released in 2013 after making her debut as a model. After this, she played many roles in the films like Tihar, Praise the Lord, Samrajyam II: Son of Alexander, and Calendar Girls.

Akanksha gained fame by playing the character of  Nandita Menon in the film Calendar Girls, released in 2015. Her role played in this film was well received by the audience and was also praised by the film critics. Here is the list of Akanksha Puri Movies.

After working in some famous movies she played the role of Parvati in the tv show Vighnaharta Ganesha. She got the name fame from her role as Devi Parvati in this tv serial and the tv audience also appreciate her performance in the serial.

Apart from Movies and Television, she has done many music albums like Jahaan Tum Ho, Dancing Doll, Hare Krishna Hare, and Main Jis Din Bhula Du. Here is the list of her all music videos.

Some Interesting Facts About Akanksha Puri:

This is the full details on Akanksha Puri Biography, Age, Height, Family, Husband, Net Worth & More. Share this post with your friends and keep visiting us on celebwale.com for famous personalities and trending people’s biography with updated details. If you have any thoughts, experiences, or suggestions regarding this post or our website. you can feel free to share your thought with us.