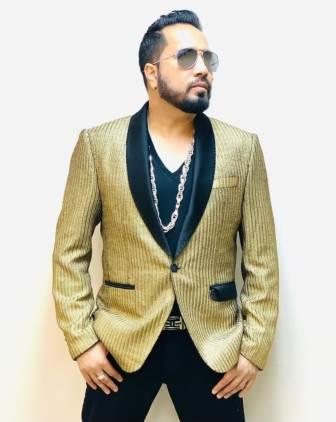 Mika Singh is an Indian singer who is popular across the country due to his singing. He was born on 10 June 1977 in Durgapur, West Bengal. Mika Singh’s real name is Amrik Singh and he comes from a musical family. His father was also a trained classical musician. There is no information available on the internet regarding his educational qualification. Due to financial constraints in the family, he started singing with his elder brother Daler Mehndi early in his career. Mika first debuted in the industry in 1998 with his solo song Saawan Mein Lag Gayi Aag.

The song proved to be a blockbuster song that was remade by big hip-hop stars across the world. After that, he put a line of hit songs one by one in Bollywood movies. Mika made his debut by singing Dil Mein Baji Guitar in the Bollywood movie Apna Sapna Money Money. After that Mauja Hi Mauja, O Yaara Dhol Bajake, Ganpat, Oye Lucky! Sung many hit songs like Lucky Oye, Singh is King and Dhanno. He is currently counted as one of the popular singers of Bollywood.

Apart from this, Mika has also done many live shows in the country and abroad. He performed at Danny Singh’s Sandwell & Birmingham Fair in 2016 with over 80k audiences in attendance. Apart from Hindi songs, Mika has sung songs for films like Telugu, Kannada, Bengali, Odia, and Urdu. He started his acting career with the role of Gazzi Dhillon in the 2010 Punjabi film Mitti. After that, he was seen in the Bollywood movies Loot and Balwinder Singh Famous Ho Gaya.

Mika has participated in the 2007 Hindi dance reality show Jhalak Dikhla Jaa 2 and Iss Jungle Se Mujhe Bachao TV shows as a contestant. After this, he has also appeared as a judge in TV shows like The Voice India (2015), Sa Re Ga Ma Pa (2016), India Ke Mast Kalandar (2018), and Zee Comedy Show (2021). In 2022, Mika was seen searching for the perfect bride for himself in Star Bharat’s reality show Swayamvar – Mika Di Vohti. The show was completely based on him where girls from all over the country wanted to have Mika as their husband.

Mika was born in a lower-middle-class Sikh family in Durgapur, West Bengal. His family has faith in Sikh Gurus. Mika Singh’s father’s name was Ajmer Singh and he was a trained classical musician who used to sing Bhajan Kirtan in Patna Sahib Gurdwara since childhood. Mika’s mother’s name is Balbir Kaur and she was a State Level Wrestler. Mika had 6 brothers and he is the youngest among all the brothers. His brother names are Daler Mehndi (elder), Late Shamsher Mehndi (elder), Late Amarjeet Singh (elder), Joginder Mehndi (elder), and Harjeet Mehndi (elder).

His marital status is married. In the recently aired show Swayamvar Mika Di Vohti on Star Bharat, he has found a bride for himself who is none other than his old friend Akanksha Puri. He has an old friendship with Akanksha, both of them are old friends and Mika accepts her as his wife among the many girls who have come from all over the country on his show.

Mika Singh’s total net worth is more than ₹ 117 crores. His monthly earnings are more than ₹ 32 lakhs. He earns more than ₹ 4 crores in a year. Mika is also very fond of luxury vehicles. He has many expensive vehicles like Porsche, Panamera, Hummer, Lamborgini, Ford, Range Rover, and Mercedes. Apart from this, Mika also has a luxurious house in Andheri.

Some Interesting Facts About Mika Singh:

Que. Who is the real brother of Mika Singh?

Que. What is the real name of Mika Singh?

Ans. The real name of Mika is Amrik Singh.

Que. What is the age of Mika Singh?

Que. Who is Mikka Singh’s wife?

This is the full details on Mika Singh Biography, Age, Height, Wife, Family, Siblings, Net Worth & More. Please share this post with your friends and visit us on celebwale.com for famous personalities and trending people’s biographies with updated details. If you have any thoughts, experiences, or suggestions regarding this post or our website. you can feel free to share your thought with us.