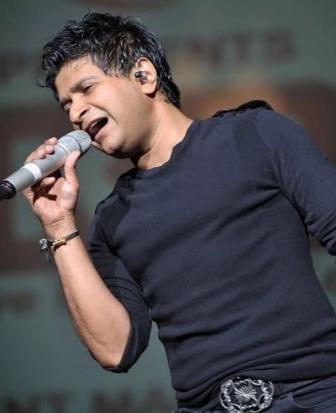 Krishnakumar Kunnath was a prolific singer popularly known as KK. He has sung in languages ​​like Hindi, Tamil, Telugu, Kannada, Malayalam, Marathi, Odia, Bengali, Assamese, and Gujarati. Krishnakumar Kunnath i.e. KK was born on 23 August 1968 in Delhi, India. He completed his early education at Mount St Mary’s School in Delhi and grew up there. He did his graduation in commerce from Kirori Mal College, Delhi.

Let us tell you that KK wanted to become a doctor in childhood. He gave his first performance when he was just 12 years old. His voice was liked by the people so much that his voice was used by many ad agencies in Delhi itself. He also formed a rock band with his friends. Before moving to Mumbai, KK also worked as a marketing executive in the hotel industry.

In the year 1994, he moved to Mumbai. At that time he struggled a lot to get a break in the film. One day during the struggles, UTV also called him for a meeting. There he got a chance to sing for Santogen Suiting’s ad. In a span of 4 years, he sang for about 3,500 ads in 11 Indian languages. He was first given a chance to do playback singing by A.R Rehman in his hit Tamil song Kalluri Saaley.

After that, he also lent his voice to songs like Hello Dr. and Strawberry Kannae. In 1996, the famous film director Vishal Bhardwaj gave her the first opportunity to sing in his film ‘Maachis’. KK sang ‘Chhod Aaye Hum Woh Galliyan’ in this film. After this, he sang the iconic song ‘Tadap Tadap Ke’ for Vishal Bhardwaj’s film ‘Hum Dil De Chuke Sanam’ which became a huge hit. Even today people sing this song.

During the 1999 Cricket World Cup, he sang the song ‘Josh of India’ to support the Indian team. After this, he released his first music album ‘Pal’ which won the Star Screen Award for Best Solo Album. KK has sung more than 250 songs in Hindi and more than 50 songs in Tamil and Telugu. Apart from working in many entertainment industries, KK did live concerts across the country.

In April 2022, KK took to social media and shared photos from his first meeting with filmmaker Srijit Mukherji. The late singer lent his voice to a track from Srijit’s upcoming film Sherdil: The Pilibhit Saga. It’s still unreleased. In fact, the will be KK’s last song ever.

Famous singer KK is no more in this world. He died of cardiac arrest on 31 May 2022 at The Grand Hotel in Kolkata, after performing at a college festival on the Nazrul stage. Tomorrow, on June 1, 2022, his post-mortem will be held in Kolkata itself.

KK Singer passed away at the age of 53 years due to Cardiac Arrest. Talking about the physical appearance of his body, KK Singer’s height was 5 feet 5 inches, which is 165 cm. His body weight is 65 kg which is equal to 143 lbs. His eye color was black and his hair color was also black.

Famous singer KK was born in a middle-class Malayali Hindu family. His entire family believes in Hinduism and worships Hindu deities. His father’s name is C.S. Nair and his mother’s name is Kunnath Kanakavalli. There is no information available about his siblings. His marital status is married. KK married Jyothi in the year 1991. KK Singer and Jyothi were together since childhood. Both got married in 1991.

His house is very luxurious and equipped with all facilities. KK Singer was very fond of luxury vehicles and was often seen traveling in expensive cars. Many pictures keep going viral on social media. In the same year, he bought Audi RS5, whose photos he shared on Instagram. Media reports claim that he had cars like Jeep Cherokee, Mercedes Benz A-Class, and Audi RS5.

Some Interesting Facts About KK Singer:

Disclaimer: All images are available on the KK Singer Official Instagram Account. Images can be taken from his official Instagram account for educational purposes. Image Credit goes to the respective owners of the Image Creator. We try to gather accurate data but sometimes there might be some mistakes, Kindly let us know if you find mistakes, and We would correct them. We do not take any Guarantee/Claim That the information we have gathered is 100% correct.

This is the full details of KK Singer Biography, Age, Height, Death, Father, Family, Wife, Songs, Net Worth & More. Share this post with your friends and visit us on celebwale.com for famous personalities and trending people’s biographies with updated details. If you have any thoughts, experiences, or suggestions regarding this post or our website. you can feel free to share your thought with us.