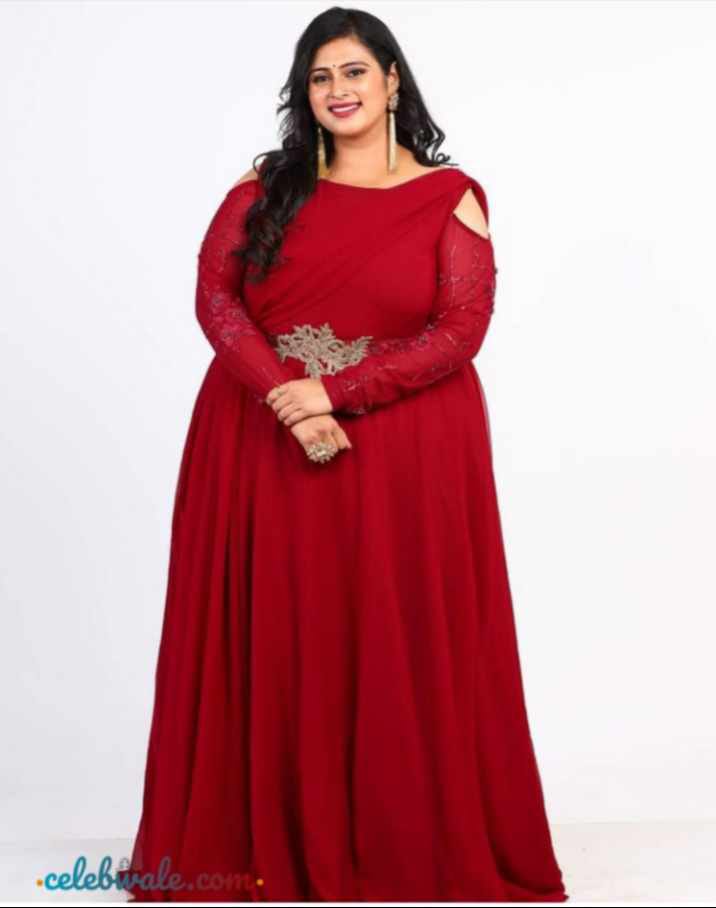 Geetha Bharathi Bhat is a South Indian actress who mainly works in the Kannada television and film industry and is best known for her role in the Brahmagantu serial. In addition to being an actress in the Kannada industry, Geetha is also a singer who has also sung songs in the Kannada film industry and television industry. She was born on 30 August 1994 in Moodbidri, India, Karnataka. She received her early childhood education from Nirmala Rani English Primary School, Moodbidri. Geetha then received her high school education from Sri Vani Girls High School and intermediate education from Vidya Mandir Independent PU College.

She took admission to the Seshadripuram Institute of Management Studies to pursue further studies from where she obtained a Bachelor of Commerce degree. Apart from this, Geetha Bharti Bhat knew many languages. She mainly has knowledge of Konkani, Hindi, Tulu language, Sanskrit, Kannada, Telugu, and Tamil as well as the English language. After finishing her college studies, Geetha worked as a Financial Analyst at Northern Trust for more than 1 year. Geetha was very fond of singing since her school days and she used to participate in her school and college singing events.

She started her career as a singer in the Kannada film and television industry. She has performed as a singer in many events and stage shows. Geetha made her TV debut in the year 2017 Kannada TV serial Brahmagantu. In this serial, she did a role named Geetha which became quite popular among the TV audience. In this tv series, more than 994 episodes had been telecasted on the Zee Kannada Television channel. She then made a cameo appearance in the Kannada film Love Mocktail, released in 2020, and the same year she participated in the Kannada dance reality show Dance Karnataka Dance Family War 2020.

She has lent her voice to many popular Kannada songs. Geetha’s first music album Sweetu was released on 14 February 2021 this year, in which she worked with singer Aditya Vinod. She is now seen in Colors Kannada TV’s famous show Bigg Boss Kannada 8 in 2021 this year. In this show, she is giving tough competition to the competitors with her performance. The show has been attended by many actors from the Kannada industry such as Arvind KP, Shankar Aswath, Nidhi Subbaiah as contestants. Bigg Boss Kannada 8 is hosted by Kannada star Kicha Sudeep.

Geetha Bharathi Bhat’s age is just 28 years old in 2022, she is a beautiful actress in the Kannada film industry and television industry. She is quite fat and has been criticized several times for her obesity. She also exercises in the gym to keep her body fit and she also takes a healthy diet and fruit juice. Geetha Bharathi Bhat’s height is 5 feet 5 inches, which is 165 cm. Her bodyweight is 98 kg and Geetha’s figure measurement is 42-46-46. Her eye color is black and her hair color is Dark Brown.

Talking about Geetha Bharathi Bhat’s favorite things, her favorite actor is Chiranjeevi and her favorite actress is Shruti Hariharan. She likes to watch movies including her favorite film Pushpaka Vimana and the Kannada film Huliraaya. Her hobbies are Traveling, singing, and reading different types of books. Some books like Revolution 2020, Life Is What You Make It and Secret Seven are among her favorite books which she loves to read. Her favorite fruit is mango and she likes to eat non-veg food.

Talking about Geetha Bharathi Bhat’s net worth, according to sources, she charges around ₹20k to ₹25k per episode in tv serials. Her total net worth in 2021 is more than ₹15 lakh to ₹25 lakh. The main sources of her earnings are reality shows and  TV shows. Apart from this, she also keeps doing TV ads for different brands.

Geetha Bharathi Bhat’s account is present on all social media platforms where she keeps uploading her photos, which keeps her in the headlines. Fans have a lot of craze about them. Geetha Bharathi is very popular on Instagram where she keeps sharing her latest pictures with her fans, she shares more than 3 to 5 photos in a week with her fans, and the total number of posts on her Instagram is more than 450 and their number of followers is more than 48k.

She is also available on Facebook and she has a total of more than 27k followers and 4.8k friends on her Facebook account. She has also an account on Twitter. Geetha Bharathi Bhat is not covered by Wikipedia. Below we are sharing the links of all their social media accounts with you, by clicking on which you will be able to access their profile directly.

This is the full details on Geetha Bharathi Bhat Biography, Age, Height, Family, Husband, Net Worth & More. Share this post with your friends and keep visiting us on celebwale.com for famous personalities and trending people’s biography with updated details. If you have any thoughts, experiences, or suggestions regarding this post or our website. you can feel free to share your thought with us.