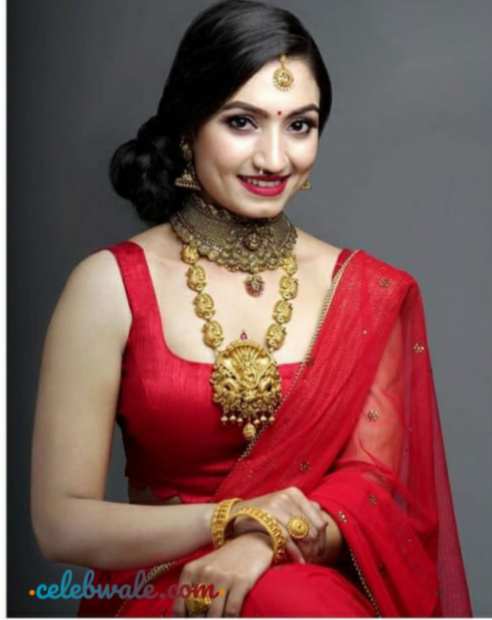 Vaishnavi Gowda was born on 20 February 1992 in Bengaluru, Karnataka. She received her early education in Bengaluru. From there, she passed her high school and intermediate exams. After passing the intermediate, Vaishnavi took admission to Mount Carmel College Bangalore to complete her graduation. She was forced to leave her graduation midway due to a shortage of full attendance in her college and the strict rules of the college. Then, she earned a Bachelor of Arts degree through Distance Learning from Bangalore University.

She became attracted to acting during her distance learning, and she started modeling after graduation. Vaishnavi started her modeling career by doing jewelry ads and commercial ads for local jewelry shops. She then offered her the same portfolio during the audition for the role in the films and TV serials. She had worked very hard to get work in serials. She felt very sad when she was rejected during TV serials and film auditions and somehow managed to prepare herself for the audition again.

Vaishnavi Gowda is a renowned and best actress in the Kannada television industry and film industry, who has won the hearts of millions of viewers with her strong acting in TV serials. The year 2013 was a very good year for Vaishnavi who made her debut at the age of 16. That year, she got a chance to play the lead character of Sannidhi in Kannada TV’s most popular serial Agnisakshi. The serial was aired on 2 December 2013 on Colors Kannada TV channel. The serial aired for nearly 4 years and telecasted over 1588 episodes. The serial Agnisakshi changed Vaishnavi’s life completely.

In 2013, she also worked in another serial, Punarvivah. She then played the lead role in Mungroo Malay, which aired in the year 2016. In the same year 2016, she made her debut in the film industry with the film Dress Code, which was directed by Sivakumar. Vaishnavi played the lead role in the film Girgitle released in 2019, in which her role was well received by the audience. The film was directed by Ravi Kiran. Apart from working in films and serials, Vaishnavi has also walked the ramp in various fashion shows.

She also keeps indoor to different brands through her Instagram account. Currently, in 2021 Vaishnavi Gowda taking part as a contestant in Colors Tv Kannada’s famous show Bigg Boss Kannada 8. Along with Vaishnavi some famous actors like Shubha Poonja, Vishwanath Haveri, Dhanushree, Shankar Aswath also was part of the show. Bigg Boss Kannada 8 was hosted by the Kannada superstar Kiccha Sudip.

Vaishnavi Gowda’s age is 30 years old in 2022 and she is one of the finest and very beautiful actresses in the Kannada TV industry. Her physical appearance is also so tremendous that she can make anyone crazy. She regularly does exercises and yoga to maintain her look and body. She learns about the many yoga asanas and she regularly performs daily.

Apart from this, in order to keep her body fit, she also pays special attention to her food and takes nappy food. Vaishnavi’s height is 5 feet 7 inches, which is 170 cm. Her body weight is 55 kg and Vaishnavi’s body measurement is 34-26-34. Her eye color is black and her hair color is also black.

VaishnaVaishnavi Gonda was born into an ordinary Hindu family. She believes in Hindu customs and deities, and also worships them. She often visits the temple to worship Goddess with her mother. Vaishnavi Gowda’s father’s name is Ravi Kumar and her mother’s name is Bhanu Ravi Kumar who is a housewife. Apart from Vaishnavi, there is a sibling in her house named Sunil Kumar.

Talking about Vaishnavi Gowda’s favorite things, her favorite actor is Prabhas, and her favorite actress is Deepika Padukone, Madhuri Dixit. She is very fond of dancing and Traveling. She goes on holiday with her family and keeps exploring new places. Her favorite color is Red, Pink, and blue. She prefers to eat mostly South Indian food. Her favorite place in Kerala and Dubai. Apart from this her favorite singer is Lata Mangeshkar. She loves to wear a saree and gowns.

There is not enough data available related to her net worth but according to some reports, Vaishnavi takes charges around ₹50k to ₹70k lakh per episode. And Her total net worth value is ₹4.9 crore and it is equal to 0.7 Million dollars.

Vaishnavi Gowda’s account is present on all social media platforms where she keeps uploading her photos, which keeps her in the headlines. Fans have a lot of craze about them, she is popular on social media due to her hotness. Vaishnavi Gowda is very popular on Instagram where she keeps sharing her latest pictures with her fans, she shares more than 6 to 8 photos in a week with her fans, the total number of posts on her Instagram is more than 700 and their number of followers is more than 640k.

Some Interesting Facts About Vaishnavi Gowda:

She is a very religious person and has faith in Hindu deities.

This is the full details on Vaishnavi Gowda Biography, Age, Height, Father, Family, Husband, Net Worth & More. Share this post with your friends and keep visiting us on celebwale.com for famous personalities and trending people’s biography with updated details. If you have any thoughts, experiences, or suggestions regarding this post or our website. you can feel free to share your thought with us.