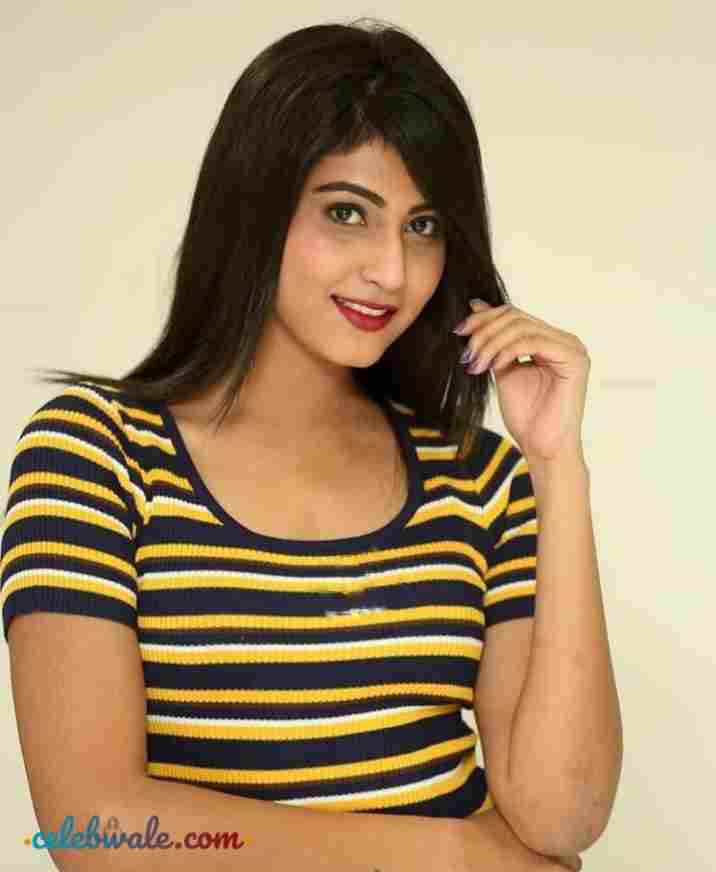 Divya Suresh was born on 16 January 1993 in Uruduga village, Tirthahalli, Karnataka. She received her early childhood education in the village of Uruduga. She then passed her high school examination at Holy Cross School. Divya received her bachelor’s degree from Vijaya College, Bengaluru.

From her school and college days, her interest was in playing Kabaddi and she has also been a professional Kabaddi player who participated in a state-level tournament. She earned a degree in multimedia course in her college and after that, she started modeling.

In 2013, she made her tv debut in the Kannada serial Chitte Hejje. The makers of this serial saw Divya on social media and invited her for an audition. Makers take the audition and after that, she was cast for the serial. Divya also worked in the 2015 Kannada serial Ambari and another Kannada serial Khushi, which was aired in the same year.

Divya also worked in the serial Om Shakti Om Shanti, which was aired in 2016. Apart from working in the Kannada Serial, in 2017, she got the opportunity to make her debut in the Kannada film industry with the Kannada film Huliraaya. She was accompanied by actors Balu Nagendra and Chirashree Achan in the film.

After being impressed by the role she played in this film, she received offers from many more filmmakers, accepting which she worked in the 2018 release Kannada film Face 2 Face and the film Dhwaja. Her next Kannada film was Girki which was released in 2019. In 2020, she played the lead role in the Kannada film Ranchi.

Divya Suresh is also a beautiful Indian actress and model in the Kannada film and Television Industry who has played the lead roles in many Kannada serials and films. Divya is also known as another name Divya Uruduga. Uruduga is the title of her name which comes from her village name, where she was born i.e. Uruduga.

She was also a former TikTok maker whose followers on the Chinese app were in the millions. But in the year 2020, in the India-China border dispute, the Indian government banned many Chinese apps including Tik Tok. She was offered the role of the sister of Kicha Sudeep in the famous Kicha Sudeep starrer film Hebbuli released in the year 2018 but she refused to play that role.

In the year 2021, Divya Suresh participated in Bigg Boss Kannada 8. Apart from her, other artists of the Kannada Industry like Shubha Poonja, Manju Pavagada, and Vaishnavi Gowda also participated in this show. The show was hosted by the Kannada Super Star Kichcha Sudeep.

Divya Suresh’s age is 30 years old in 2023 and she is a very beautiful actress in the Kannada Tv industry and film industry who has made her place in the industry by working in many Tv serials and films.

Talking about her fitness routine, she does a variety of exercises in the gym every day to keep her body fitness intact which makes her feel fit. To keep her body healthy, she takes fresh green vegetables and also consumes fruit juice.

Divya Suresh was born into a prosperous Hindu family. Her family worships Hindu Deities and believes in Hindu culture. Divya Suresh’s father’s name is Purnesh Uruduga, and he works as a regional manager in a sector in Mysore and her mother’s name is Kusuma Manjunath Uruduga.

In addition to her parents in Divya’s family, she also has two brothers named Darshan Uruduga and Deepak Uruduga. Talking about the marital status of Divya Suresh, she is still Unmarried and also not having an affair with anyone. Information about Divya Suresh’s boyfriend is not present on the internet media, so her boyfriend’s name is not known.

Talking about the total net worth of Divya Suresh, according to sources, she charges around ₹60k to ₹70k for an episode in Bigg Boss Kannada season 8. She is charging around ₹10 Lakh to ₹15 Lakh per movie. The main source of her earnings is acting in television shows and films. After facing many struggles in her life, she is now living a good life.

She is also available on Facebook and she has a total of more than 1.2k followers on her Facebook account. She is not available on Twitter. Diva Suresh is not covered by Wikipedia. Below we are sharing the links of all their social media accounts with you, by clicking on them you will be able to access their profile page directly.

Some Interesting Facts About Divya Suresh:

This is the full details on Divya Suresh Biography, Husband, Age, Tv-Shows, Bigg Boss Kannada, Net Worth & More. Share this post with your friends and keep visiting us on celebwale.com for famous personalities and trending people’s biography with updated details. If you have any thoughts, experiences, or suggestions regarding this post or our website. You can feel free to share your thought with us.