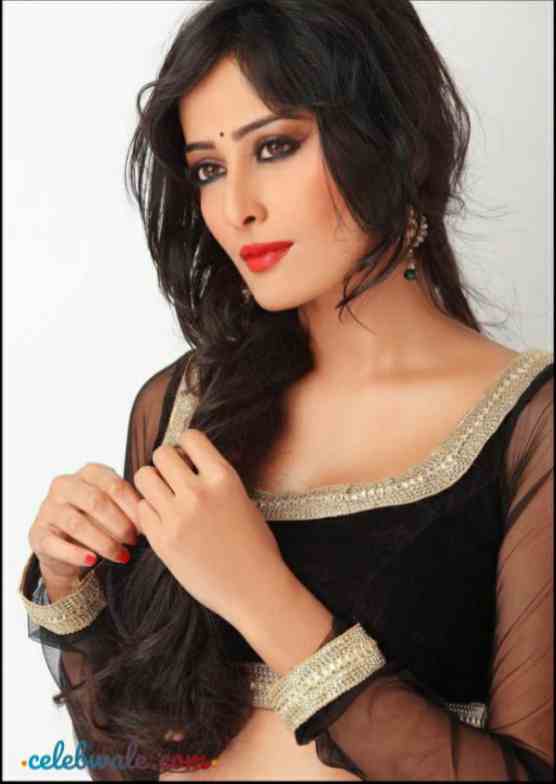 She was born on 16 February 1985 in the Kodagu district, Karnataka. After the birth of Nidhi, her entire family shifted to Mysore, Karnataka. Nidhi had spent her childhood in Mysore and she got her early education there.

While Nidhi was studying at the second PUC in Mysore, she made a mark in sports by winning gold medals in the national level sports competitions in sailing. During her high school and intermediate studies, In a calendar year, Nidhi won three gold medals at sports meet in Sailing events at Visakhapatnam in Andhra Pradesh and Chilka Lake in Odisha.

Nidhi won the Best Cadet Award in the year 2004 and was a sportsperson as well as an NCC-level cadet. After completing her intermediate education at St. Joseph Central School in Mysore, Nidhi took admission to Sri Jayachamarajendra College of Engineering (SJCE) to pursue B.Tech in civil engineering.

She also started modeling during her B.Tech first year in college. She started her career as a model, where she also appeared in some television commercial ads. While modeling, she worked in a television ad for Fair & Lovely, which earned her some fame in the TV field. This ad helped Nidhi get her career’s first acting assignment.

She later quit modeling during her second year of college. She started her acting career by playing the role of Aparna in the 2009 Kannada film Abhimani, but the film could not do any amazing at the box office.

After this, she played the role of Kamala in another Kannada film Chamkaysi Chindi Udaysi released the same year. Nidhi made her debut in the Telugu film industry by playing the character of Meenakshi in the 2009 film Sweet Heart. She played Laxmi in the Kannada film Krishna Nee Late Aagi Baaro, released in 2010.

Her biggest hit film was Anna Bond which was released in 2012 and was directed by Suri Duniya. The film was a Kannada movie starring Puneeth Rajkumar and Priyamani in the lead roles and Nidhi played a supporting character named Divya in the film.

During the shooting of the film Ajab Gajab Love, she was quite close with her costar Jackie Bhagnani, and a relationship had just begun with Jackie. During this time both of them dated each other for a few years but due to any further reasons, this relationship was broken.

After this, she continued to work in Hindi films and was seen in the characters of Dolly Pandey and Tia in the Bollywood film Direct Ishq and Love Shagun, released in 2016. She moved into the Kannada film industry again after the 2016 Bollywood Hindi film Love Shagun.

She played the character of Chukki in the 2019 Kannada film Ayushman Bhava. She is now seen as a contestant in the Colors Kannada television show Bigg Boss Kannada 8 in the year 2021.

Nidhi Subbaiah won many awards in her career. Here below, we are giving you all the details of her awards and achievements.

Nidhi Subbaiah’s age is 37 years in 2023 and she is one of the most beautiful actresses in the Kannada and Tamil film industries. Her physical appearance is very amazing which can make anyone crazy. She works out in the gym every day to keep her body fit.

To make her look even more beautiful, she takes a balanced diet and nutritious food to make her look better. Nidhi Subbaiah’s height is 5 feet 5 inches, which is 165 cm. Her body weight is 56 kg and Nidhi’s figure measurement is 32-28-32. Her eye color is black and her hair color is also black.

Talking about Nidhi’s affair, her affair has been with Bollywood actor and director Jackie Bhagnani. Nidhi’s boyfriend was named Jackie Bhagnani when she was working in the Bollywood movie Ajab Gajab Love where she met Jackie Bhagnani, at which time the two became very close.

But if sources are to be believed, the relationship between the two is not going well and sources believe that they may separate soon. It is also confirmed that when Nidhi Subbaiah participated in Bigg Boss Kannada 8, where she stated her relationship status as single there.

She also likes to eat non-vegetarian food and drink coffee. She also has a favorite restaurant in Bangalore called The Only Place in Bengaluru. Her favorite place to vacation is Manhattan, Italy, New York, and Florida, where she loves to go. We have given all the details of the remaining favorite things on the table, you must read it once.

Talking about Nidhi Subbaiah’s network, according to sources, she charges around ₹20 Lakh to ₹25 Lakh for a movie. Her total net worth in 2021 is more than ₹18 crore. The main sources of her earnings are movies and TV shows. Apart from this, she also keeps doing TV ads for different brands.

Nidhi Subbaiah’s account is present on all social media platforms where she keeps uploading her photos, which keeps her in the headlines. Fans have a lot of craze about them, she is popular on social media due to her hotness.

She is also available on Facebook and she has a total of more than 100k followers on her Facebook account. She has also an account on Twitter whereas there is 31k follower on her Twitter account. Nidhi Subbaiah is also covered by Wikipedia. Below we are sharing the links to all their social media accounts with you, by clicking on them you will be able to access their profile directly.

Some Interesting Facts About Nidhi Subbaiah:

This is the full details on Nidhi Subbaiah Height, Age, Family, Husband, Biography, Net Worth & More. Please share this post with your friends and keep visiting us on celebwale.com for famous personalities and trending people’s biography with updated details. If you have any thoughts, experiences, or suggestions regarding this post or our website. you can feel free to share your thought with us.