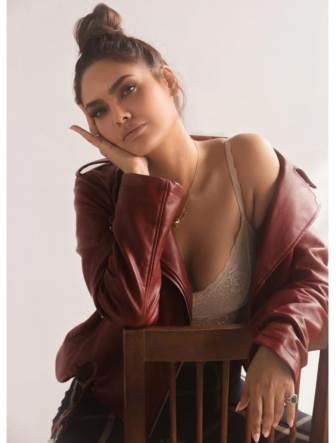 Esha Gupta is an Indian model and film actress who came into the limelight with the Bollywood movie Raaz 3D. At present, she is once again in the headlines due to her hot and intimate scenes in the MX Player web series Ashram 3. Esha was born on 28 November 1985 in New Delhi. His father was an army officer, due to which she got an opportunity to spend her childhood in different cities in India.

Most of his childhood was spent in cities like Delhi, Hyderabad, and Dehradun. She did her schooling at Blue Bells International School, Delhi. After that, she completed a Mass Communication course at Manipal Institute of Communication, Manipal University, Karnataka. She was very good at studies for which she also got a scholarship to study law at Newcastle University. However, due to her mother’s suffering from cancer, she left her law studies midway and came back to India.

Gupta participated in Femina Miss India in 2007 where she won the title of Miss Photogenic, finishing third. The same year she participated in the Miss India International Beauty Competition where she was the winner of the show. Esha was also featured in Kingfisher’s calendar in 2010. She made her acting debut in the 2012 Bollywood movie Jannat 2. In the film, she played the main character of Dr. Jhanvi Singh Tomar opposite Emraan Hashmi. Directed by Mahesh Bhatt, the film proved to be a blockbuster at the box office.

In the same year, she was also involved in movies like Raaz 3D and Chakravyuh. She played the lead character of Sanjana Krishna in the Bollywood horror thriller movie Raaz 3D opposite Emraan Hashmi. The film proved to be the biggest hit of her career and collected more than ₹100 crores at the box office. Esha has so far worked in big Bollywood movies like Humshakals, Rustom, Commando 2, and Baadshaho.

Currently, she is shooting for Hera Pheri 3 with Akshay Kumar, and Suniel Shetty which is likely to release soon. Apart from films, she has also worked in the ZEE5 series REJCTX and MX Player series Nakaab and Aashram 3.

Esha Gupta’s age is 36 years old in 2022. She is one of the hottest heroines of Bollywood. She is popular among the audience for her stunning figure. Her hot photos go viral on social media every day. She regularly exercises and does yoga to maintain her figure. Apart from this, she also takes special care of food and avoids eating oily things.

Esha was born in Delhi in a prosperous Hindu family. His entire family believes in Hinduism and worships Hindu deities. Esha Gupta’s father’s name is not known and he is a retired Air Force officer. Her mother’s name is Rekha Gupta, who is a well-known poet, actress, and senior social worker. Apart from his parents, she also has a sister named Neha Gupta. Neha is a fashion designer.

Esha’s marital status is currently unmarried. Discussions of her affair have been with businessman Armaan Gujral and fashion designer Nikhil Thampi. Recently she is in a relationship with Spanish businessman Manuel Campos Guallar.

Esha Gupta’s total net worth is approximately more than ₹ 40 crores. She had charged around ₹ 2 crores for the Aashram web series. She also has a luxury apartment in Mumbai. Apart from this, she also has a house in Delhi where her parents and sister live.

Esha is also very fond of cars. She has luxury vehicles like BMW 5 Series 520d and Skoda Superb Sportline AT. Apart from this, she also does many television ads like yepme.com, Kohler, and Garnier for which she charges crores of rupees.

Some Interesting Facts About Esha Gupta:

Que. Who is Esha Gupta’s husband?

Ans. Esha Gupta is currently unmarried but she has a close relationship with Spanish businessman Manuel Campos Guallar.

Que. How old is Esha Gupta?

This is the full details on Esha Gupta Biography, Age, Height, Husband, Family, Mother, Net Worth & More. Share this post with your friends and keep visiting us on celebwale.com for famous personalities and trending people’s biography with updated details. If you have any thoughts, experiences, or suggestions regarding this post or our website. you can feel free to share your thought with us.