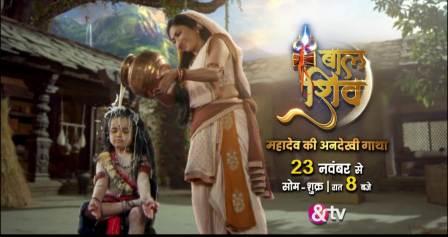 Baal Shiva is a much-awaited mythological TV serial. It will be telecast from 23rd November 2021 at 8 pm on &TV. People are eagerly waiting for this mathematical show. In this serial Aan Tiwari is Baal Shiva. Molly Ganguly as Anusuya, Siddharth Arora as Mahadev, and Shivya Pathania as Devi Parvati will be seen in the lead roles.

Aan Tiwari, who plays the character of Baal Shiv, says, ‘I am very excited to play this character. Playing the child form of Mahadev has been a dream role and I hope the audience enjoys watching it as much as I have enjoyed playing this character.

The first trailer of this serial was launched on 9 August 2021 and was also scheduled to air on 15 August 2021 on &TV channel. But due to some problems, the show was postponed. But now the show is all set to launch on 23rd November at 8 pm. The second promo of this show has been launched on 3rd November on Dhanteras on the YouTube channel. This serial is produced by Anirudh Pathak under the production of Zee Studios.

Baal Shiv serial will be aired on & TV Channel from 23rd November at 8:00 pm from Monday to Friday. Recently, the promo of the serial was released, which is being liked by the audience a lot.

Many artists have worked in this, the list of which is given below.

This is the full details on Baal Shiv Serial Cast, &TV, Timings, Story, Release Date, Episode, Promo, Real Name, Wiki & More. Share this post with your friends and keep visiting us on celebwale.com for such an entertaining post. If you have any thoughts, experiences, or suggestions regarding this post or our website. you can feel free to share your thought with us.