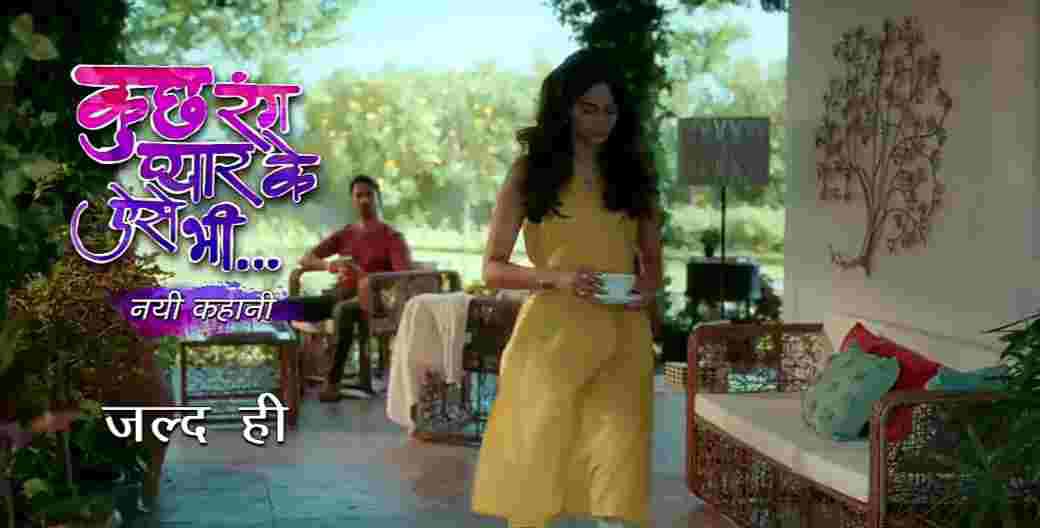 The second season of the serial was also an unexpected success and also received a lot of love from the TV audience. Now in the year 2021, the show’s makers are all set to launch season 3 of the TV serial Kuch Rang Pyar Ke Aise Bhi once again.

Recently the show’s makers have also released a promo of season 3 which is being well liked by the audience. The serial is based primarily on a love story in which a character named Dev loses his father at the age of 8, and then his mother Ishwari nurtures him in very difficult circumstances.

After this, Dev grows up to become a business tycoon. Dev is a very big businessman who lives in his house with his mother Ishwari and three sisters. Being busy in business, Dev does not get time to take care of his mother.

He keeps Sonakshi at home to look after his mother, where he slowly falls in love with Sonakshi. Later, both of them fall in love with each other. Later, when Ishwari comes to know that her son has started hiding things from her, she is unable to believe it. Later on Dev’s persuasion, his mother agrees.

But seeing Dev falling madly in love with Sonakshi, his mother Ishwari goes into depression, and then when Dev learns that her mother’s depression is the reason for Sonakshi, he breaks up with her. Sonakshi becomes very sad due to the breaking up of Dev’s relationship and she is ready to marry anyone as soon as possible to forget Dev.

When Dev learns about Sonakshi’s decision, his condition starts to get worse. Seeing this poor condition of the son, Ishwari asks Sonakshi to bring her back. After this, both of them get happily married. After marriage, Dev’s maternal aunt is not happy with this relationship and she starts to set fire to the family members.

Tensions between the Dixit and Bose family increase so much that Dev and Sonakshi separate again because of Mami. After separating from Dev, Sonakshi moves out of Delhi to Kolkata and comes back after a full seven years. After coming back, she tells her 6-year-old daughter Suhana that her father lives in Delhi.

Both are very happy about their child but neither of them is able to take proper care of them nor do their work properly. Seeing this problem, Ishwari tells Sonakshi that she should leave her job and take care of Shubha and Suhana.

But Dev realizes how much Sonakshi loves her work and asks her to continue her work and leaves work and sits at home to take care of the child. The story ends with this. Now in season 3 of the serial Kuch Rang Pyar Ke Aise Bhi, it will be very interesting to see how the two find harmony between their children and work.

Will Dev leave such a big business to handle the children and stay at home. Will Dev’s mother Ishwari be happy to sit in her son’s house. Which way will the story of Dev and Sonakshi with both children go?

This is the full details on Kuch Rang Pyar Ke Aise Bhi 3 tv Serial (Sony TV) Cast, Release Dates, Repeat Telecast Timing, Story, Real Name & More. Share this post with your friends and keep visiting us on celebwale.com for such an entertaining post. If you have any thoughts, experiences, or suggestions regarding this post or our website. you can feel free to share your thought with us.