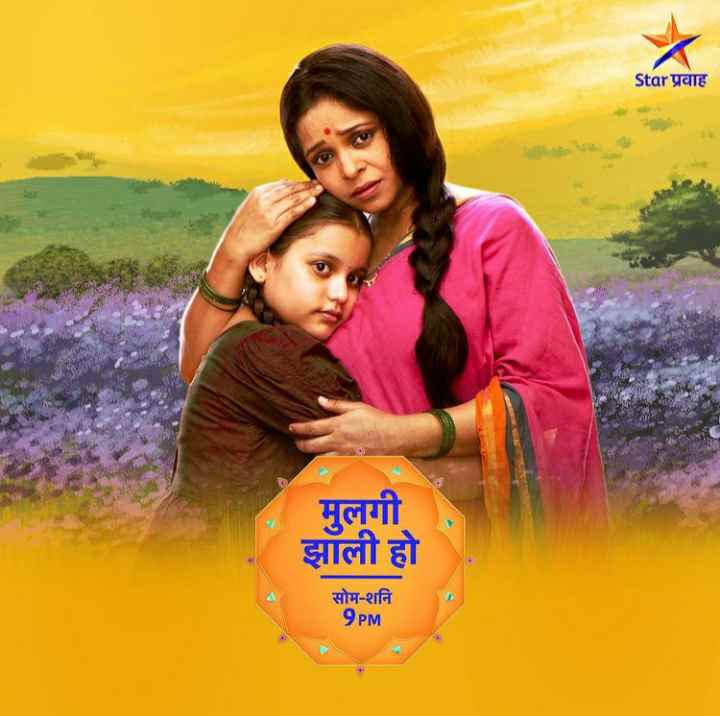 Mulgi Zali Ho is a Marathi TV serial based on the girl child Sajiri (Mau) who longs for her father’s love all the time. His father is a greedy man who gets him done with greed for money. Due to the father being greedy and abusive, she sells milk from house to house in the city to run the house.

On the other hand, Mau’s mother Uma stays pregnant. But Mau’s father Vilas is afraid that if the second daughter is born, then he will not be able to bear his expenses. Because of this, Mau’s father gave his mother some poison during pregnancy so that a second daughter could not be born.

As a result, Mau’s mother gives birth to a dumb girl. On the one hand, when Mau goes to sell milk in the city, he meets a boy from the city of Shaunak who used to follow him every day. Shaunak remembers that in his childhood Mau was saved from a car accident.

On one hand, Mau comes close to his childhood friend Shaunak and on the other hand, the situation in the house is very bad. How to handle Mau to know yourself under these circumstances, watch Mulgi Zali Ho TV Serial.

This is the full details on Mulgi Zali Ho Tv Serial (Star Pravah) Serial Cast, Timings, Story, Real Name, Marathi Serial, Wiki & More. Share this post with your friends and keep visiting us on celebwale.com for such an entertaining post. If you have any thoughts, experiences, or suggestions regarding this post or our website. you can feel free to share your thought with us.