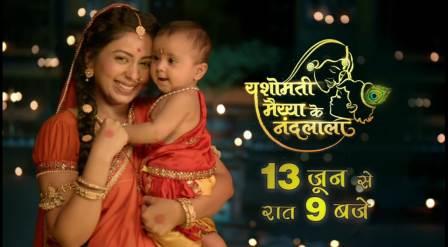 Yashomati Maiya Ke Nandlala is a new show on Sony TV based on mythology. Special care has been taken for all types of audiences in the show, which will be able to be seen by everyone from children to old age group. The show is based on the child’s stories of Shri Krishna in which his pastimes will be shown.

The show will be telecast on the Sony channel from Monday to Friday at 9 pm on 13th June 2022 in which actors like Neha Sargam, Rahul Sharma, Ram Yashvardhan, and Dinesh Mehta will be seen.

This serial will be aired on Sony TV from 13th June 2022 at 9:00 pm from Monday to Friday. Recently, the promo of the serial was released, which is being liked by the audience a lot. Many artists have worked in this serial, the list of which is given below.

This is the full details on Yashomati Maiyaa Ke Nandlala (Sony Tv) Cast, Roles, Start Date, Timing, Wiki & More. Share this post with your friends and keep visiting us on celebwale.com for such an entertaining post. If you have any thoughts, experiences, or suggestions regarding this post or our website. you can feel free to share your thought with us.