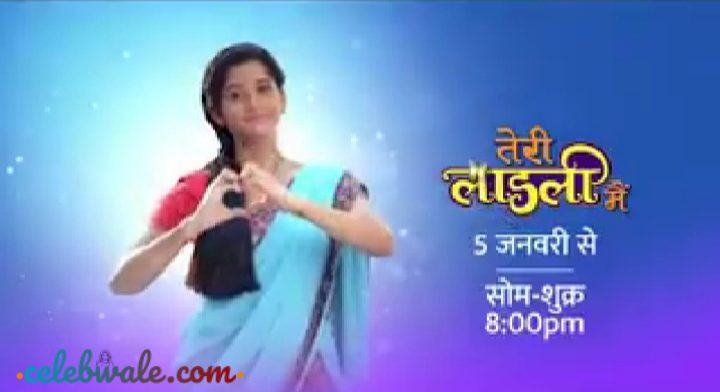 It is known that the best creation of God in this universe, is a mother. God cannot reach everywhere, so he has made the mother. The mother’s love for the child is beyond anyone’s expectations. At the beginning of this new year, in January 2021, Star Bharat is bringing a new show on its channel called “Teri Ladli Main”. The caption of the show is’ A family can leave their daughter but a daughter never leaves her family.

This is the story of a daughter whom nobody likes to her but her mother loves so much. In this story, the girl’s name is Bitti, this girl is dumb, she cannot speak anything, so she is adopted by someone other than her mother at home. Still, despite all these things, she tries her best to get the love of her family and father. Bitti will have to face many upcoming challenges in this journey. It will be interesting to see how she will face all these challenges.

Because he will not get the support of his father or the family to face all these challenges. But he will definitely get support from his mother. Star Bharat auditioned in many cities to select Bitti’s character. After all, Maithili Patwardhan has been shortlisted to play the role of Chhoti Bitti and Mayuri Kapadane to play Bitti.

Renowned Marathi actress Hemangi Kavi will also appear in the show in the lead role of Bitti’s mother. Apart from these, Pankaj Singh and Sangeeta Panwar will also be seen playing important roles in the show. It will be very interesting to see if the love that his father gives to his brother, and whether he will be able to get the same love from his father or not.

This is the full details on Teri Laadli Main (Star Bharat) New Show, Telecast Time, Episodes & More. Share this post with your friends and keep visiting us on celebwale.com for such an entertaining post. If you have any thoughts, experiences, or suggestions regarding this post or our website. you can feel free to share your thought with us.