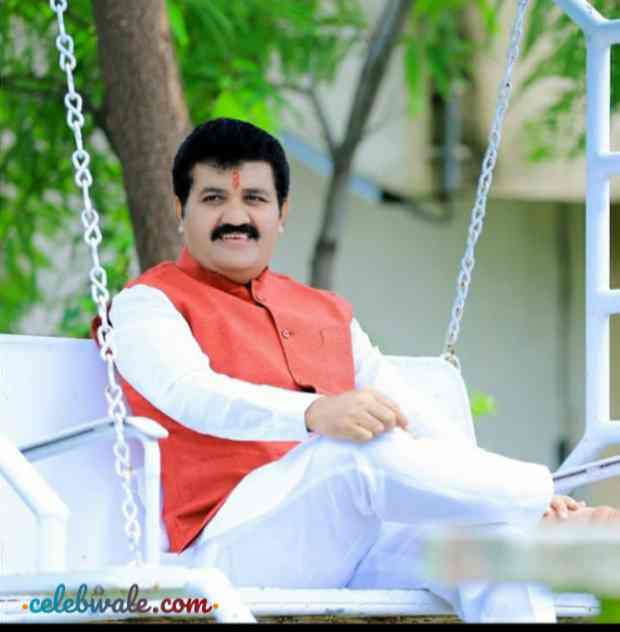 While continuing his studies, Sanjay obtained his B.Com degree by taking admission in Commerce College in Yavatmal district in the year 1995, after which he continued his studies and got his post-graduation degree. Sanjay did not stop here and he completed his B.P.Ed. from Subhedar Ramji Ambedkar Physical Education College affiliated to Nagpur University.

He was very much inspired by the thoughts of Shiv Sena chief Bala Saheb Thackeray since his childhood, so like him, he had completed his studies, and inspired by that, he came into politics to serve the public.

So we can say that after a long time, youth with such a degree came into politics after being inspired by the views of a B.Com, B.P.Ed Shiv Sena chief Bala Saheb Thackeray. He started his political life from the then Dargah constituency, also known as the Congress stronghold.

Sanjay Rathod’s political career began as a Shiv Sena activist from Dargah, Digras, and Ner taluka. From 1990 to 2000, the Yavatmal district was ruled by Congress. The Congress was in power from the Gram Panchayat to the Lok Sabha. During this difficult time, Sanjay Rathod started building the Shiv Sena.

In the year 1997, he became the Shiv Sena district chief at the young age of 27 years. The occasion was turned into gold by Sanjay Rathod and besides the creation of Shiv Sena in the Yavatmal district, he challenged senior Congress leader Manikrao Thackeray in the Darwa Assembly constituency.

In this new Digras constituency, which was formed after the reorganization, Sanjay Rathore defeated the then Congress Minister of State for Sports, Sanjay Deshmukh. This election showed his organizational skills. He was one of the top 5 MLAs in the state with the highest number of votes.

Sanjay Rathod is a Shiv Sena politician and a cabinet minister in the Maharashtra government. Sanjay Rathod’s full name is Sanjay Dhulichand Rathod. Rathod scored a hat-trick of victories in the 2014 assembly elections by defeating NCP’s Vasant Ghukhedkar. He won this election with a record vote of 79864, which was the second-largest victory in Maharashtra.

In the year 2019, there was a discussion that the entire Minister of State Sanjay Deshmukh would challenge him. However, in this election also, Rathod won the assembly for the fourth time by winning over 60,000 votes. He is a leader who keeps in constant touch with his voters.

After Sanjay took over as Minister of State for Revenue, he served the people by giving time in his constituency. The result was also seen in the recent assembly elections. However, it also appeared in the Zilla Parishad, Panchayat Samiti, and Municipal Corporation elections.

In Darwa, Digras, and Ner taluka, the opposition could not find a single Zilla Parishad member. The unilateral power of the Shiv Sena remains in the Digras constituency. Shiv Sena leader Sanjay Rathore has been working sincerely for the last 20 years as Shiv Sena District Chief and Shiv Sena MLA.

After this, Sanjay also had the responsibility of being the patron minister of the district for 1 year during the alliance. During this period, he did a brilliant job in the social, educational, and medical fields.

Rathod was then given the responsibility of the custodian minister of Washim district and assistant custodian minister of Yavatmal district. During this time he also left his wish as a minister. Sanjay’s political journey as an aggressive Shiv Sainik from 1999 to 2000 has now reached the level of a cabinet minister.

Sanjay Rathod belongs to the Yavatmal district, Maharashtra. He is the current leader of Shivsena and also the Member of the Legislative Assembly. He takes very good care of his health and takes regularly fresh fruits and green vegetables to maintain his charm of the body.

Sanjay Rathod’s age is 49 years old. Talking about the physical appearance of his body, Sanjay’s height is 5 feet 6 inches, which is 170 cm. His bodyweight is 75 kg and Sanjay’s body measurement is not known. His eye color is black and his hair color is also black.

Sanjay Rathod was born into a middle-class family who believes in Hindu deities. He is the devotee of all Hindu goddesses and faith in Ganpati Bappa. Sanjay Rathod‘s father’s name is Dulichand Sangadaji Rathod and his mother’s name is not known who is a Housewife.

He did not stop his study after completing their graduation also. After, completing his graduation he had taken admission into the Subhedar Ramji Ambedkar Physical Education, Hinaganghat, which was affiliated with the Nagpur University, and get a B.P.Ed degree in the year 1995.

He is a political leader who is inspired by Bala Saheb Thackrey.

23-year-old tick talk star Pooja Chavan died on February 8 after falling from a building. The Pune police had said that it was investigating the matter with an angle of suicide. The BJP alleged that Sanjay Rathod had an affair with the woman after photographs, audio, and video clips went viral on social media. BJP had demanded his resignation, accusing Sanjay Rathod of having a connection with the death of this young woman. Power performance among mounting corona cases

Sanjay Rathore, absent from February 8, two weeks later, on February 23, suddenly appeared in Pohradevi temple with thousands of supporters. Sanjay Rathod, who hails from the Banjara community, demonstrated strength during this period. Seeing this crowd, CM Uddhav Thackeray expressed his displeasure, who appealed to the people of the state to avoid another lockdown.

Amravati, Yavatmal Washim, and the Akola region have seen an increase in corona cases, and stringent restrictions were in force in the area at that time. CM Thackeray did not like this work of Sanjay Rathod, showing strength with the aim of putting pressure on the party. The CM summoned Rathore at his official residence and expressed his displeasure at gathering crowds.

After this, Sanjay Rathod was on the backfoot. A faction of several leaders, including MPs, MLAs, MLCs, district heads, appealed to CM Thackeray to seek resignation from Sanjay Rathore as it was affecting the party and CM Thackeray’s image negatively. It was in 2019 that the same group requested Thackeray not to include Rathore in the cabinet.

The important budget session of the Maharashtra Legislative Assembly is starting on Monday. On the issue of Sanjay Rathore, the BJP has made a plan to target the Maha Vikas Aghadi (MVA) government. BJP had already announced that it will not allow the house to function until Sanjay Rathore is removed.

The opposition’s aggressive stance created trouble for the ruling coalition during the session. The viral clip in social media provided the opposition enough issues to target Uddhav Thackeray. The Maha Vikas Aghadi government is currently relieved from the BJP’s allegations due to Rathore’s resignation.

Some Interesting Fact About Sanjay Rathod :

Disclaimer: All images are available on the Sanjay Rathod official Instagram Account. Images can be taken from his official Instagram account for educational purposes. Image Credit goes to the respective owners of the Image Creator. We try to gather accurate data but sometimes there might be some mistakes, Kindly let us know if you find mistakes, We would correct them. We do not take any Guarantee/Claim That the information we have gathered is 100% correct.

This is the full details on Sanjay Rathod Biography, Wiki, Age, Height, Politics, Minister, Father, Case, Family, Wife, Children, Income, Net Worth & More. Share this post with your friends and keep visiting us on celebwale.com for famous personalities and trending people’s biography with updated details. If you have any thoughts, experiences, or suggestions regarding this post or our website. you can feel free to share your thought with us.