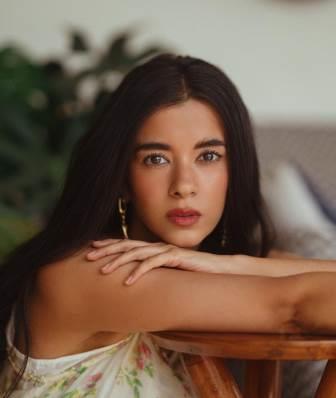 Saba Azad is an Indian actress who has become a topic of discussion in the media these days when she came out of a restaurant with Bollywood star Hrithik Roshan. Apart from being a Bollywood actress, she is also a theater director and musician. Saba’s real and full name is Saba Singh Grewal. She was born on 1 November 1990 in Delhi, India. She completed her schooling in Delhi.

Having had an interest in dance and acting since childhood, Saba, after her schooling, started her journey as a theater artist to pursue a career in acting. She is the niece of a great street theater artist and director Safdar Hashmi, whose influence in theater has been in her life since childhood. Taking a step forward in the field of acting, she joined Safdar Hashmi’s theater group where she also performed many plays on stage.

Along with doing theatre, she took a special interest in dance for which she trained professionally in several dance forms such as Odissi, Latin, Jazz, and Ballet. After being trained she traveled with her Odissi guru Kiran Sehgal for dance performances not only in India but also in countries like Canada, Nepal, and England.

During this time Saba worked in television commercials for many brands like Cadbury, Maggi, Tata Sky, Google, Vodafone, and Nescafe, among others. Before debuting in Bollywood, she played the lead role in several short films, one of which short film Guroor was screened at international film festivals like New York and Florence.

After achieving international recognition, actress Saba debuted at the age of just 18 by playing the role of Raaga in the 2008 Bollywood film Dil Kabaddi. Then in the year 2010, she started her own theater company, “The Skins” and directed her first play “Lovepook” (2010).

In the following year 2011, she got a chance to play the lead role in the film Mujhse Fraaandship Karoge as Preeti Sen. In 2012, working with Imad Shah, she started her own indie electronic band “Madboy/Mink”. With her band gaining popularity among the youth, Saba also recorded some songs for some Bollywood movies, such as “Nautanki Saala” (2013) in which she performed the songs “Dhak Dhak Karne Laga” and “Dil Ki To Lag Gayi”.

She lent her voice in “Dhoom Anthem” (2013). She is also known for the song “Calcutta Kiss” from the film Detective Byomkesh Bakshi. Since her debut in films, Saba has appeared in 5 Bollywood films so far. Her last film was Rocket Boys in 2022 which was released on the ott platform Sony Liv.

Saba Azad also has an old relationship with controversies. On 26 March 2017, Saba shared a post on Instagram informing her fans that her original name was Saba Singh Grewal, but she chose to change her name to Saba Azad. She did this to feel free from all the tags given by the people. People trolled him fiercely on social media for the decision to change his name.

Apart from this, in January 2020, protested against the CAA in Shaheen Bagh, New Delhi. In the performance, she sang the People Theater Association song “Tu Zinda hai” and also recited the poem “Bol Ke Lub Aazad Hain Tere” by Faiz Ahmed. She was openly criticized by the public for her participation in the protests.

Saba Azad’s age is 32 years old in the year 2023 and she is a very fit actress who is known for her music shows. She does different yoga poses for her physical beauty and mental strength. Saba Azad’s height is 5 feet 3 inches, which is 160 cm. Her body weight is 59 kg and Azad’s body measurement is 33-26-32. Her eye color is Black and her hair color is Black.

Saba was born in a Sikh family in Defense Colony, New Delhi. His entire family follows Sikhism. But Saba does not believe in any one religion and has a common view of all religions. Saba’s grandparents’ names were Inder Mohan Singh Grewal and Satinder Kaur Grewal.

Her marital status is currently unmarried. If reports are to be believed, she is dating Bollywood’s famous actor Hrithik Roshan. Recently, Hrithik was seen coming out with Saba Azad from a restaurant in Mumbai. The two held each other’s hands, which fueled the dating rumors. This is happening for the first time since Hrithik Roshan was seen with Saba and since then fans are wondering if the two are dating.

But a report in Bollywood Hungama confirmed the news of their dating. Although this is not the first time that Saba Azad’s name has been linked with someone, earlier after entering the film industry there were reports of her affair with Naseeruddin Shah’s son Imad Shah. In 2013, Imad Shah confirmed that both of them are living together for the last 1 year.

The total net worth of Saba Azad is around ₹5 crores to ₹7 crores. Her main source of income comes from music shows and albums. Apart from this, she also earns well as a lead actress in films. She charges around ₹10 lakh per album. Saba has till now done television advertisements for many brands like Cadbury, Ponds, Maggi, Tata Sky, Google, Kit Kat, Vodafone, Sunsilk, Nescafe, and Airtel for which she has charged several lakh rupees from each of the brands. She also promotes many brands through her social media page, for which she charges up to lakhs of rupees.

Some Interesting Facts About Saba Azad:

Disclaimer; All images are available on the Saba Azad Official Instagram Account. Images can be taken from her official Instagram account for educational purposes. Image Credit goes to the respective owners of the Image Creator.

This is the latest information on Saba Azad Biography, Age, Height, Religion, Family, Husband, Net Worth, & More. Share this post with your friends and keep visiting us on celebwale.com for famous personalities and trending people’s biography with updated details. If you have any thoughts, experiences, or suggestions regarding this post or our website. you can feel free to share your thought with us.