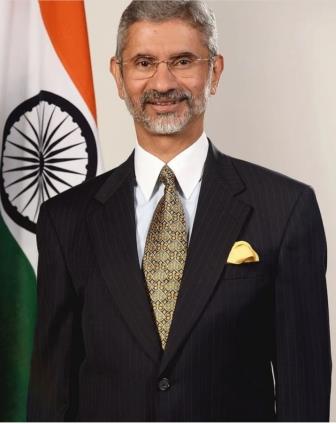 S Jaishankar is an Indian diplomat and politician serving as a minister in the Ministry of External Affairs. He was born on 9 January 1955 in New Delhi. His early education was completed at The Air Force School in Subroto Park, New Delhi. After that, he graduated in Chemistry from St Stephen’s College, University of Delhi.

He also did an MA in Political Science. Jaishankar has also done M Phil and Ph.D. in International Relations from Jawaharlal Nehru University. Along with this, he is specialized in Nuclear Diplomacy. After studying, he passed the Civil Service entrance exam while preparing for UPSC.

Joined the Indian Foreign Service in 1977 where he served as the second and third secretary under the Indian Mission in the Soviet Union in Moscow from 1979 to 1981. During this time he also studied Russian. After serving in Russia, he returned to New Delhi.

In India, he worked as Special Assistant to Diplomat Gopalaswami Parthasarathy and as Under Secretary in the US Department of the Ministry of External Affairs of India dealing with the United States. He was part of the team that resolved the dispute over the supply of US nuclear fuel to Tarapur power stations in India.

After this, Jaishankar Ji continuously worked as a diplomat of India in various countries around the world during his more than 38 years of service. In 2019, Jaishankar was awarded the Padma Shri award, India’s fourth highest civilian award.

Presently he is a member of the Bharatiya Janata Party and also a Member of Parliament in Rajya Sabha since 5 July 2019 representing Gujarat. He served as Foreign Secretary from January 2015 to January 2018.

S Jaishankar’s age in 2023 is 68 years and his height is 5 feet 5 inches, which is equal to 165 centimeters. His body weight is about 65 kg, he takes a proper diet to keep his body fit. His eye color is Black, and his hair color is also Grey.

Jaishankar was born in a Tamil Brahmin family in New Delhi. His entire family believes in Hinduism and worships Hindu deities. S Jaishankar’s father’s name is Krishnaswamy Subrahmanyam and he was a prominent Indian strategic affairs analyst, commentator, and civil servant. Jaishankar’s father K Subrahmanyam was suffering from Cancer in his final years and he died due to Cardiac Arrest in All India Medical Science (AIMS), Delhi in 2011.

Jaishankar met his first wife Shobha while studying at JNU. Both of them fell in love with each other, after which both of them got married but due to cancer, Shobha died. After that, he had his second marriage to Japan-born Kyoko Somekawa. After marrying to Jaishankar, his wife Kyoko converted to Hinduism. Now she is the mother of three children Dhruv Jaishankar, Arjun Jaishankar, and daughter Medha Jaishankar.

S Jaishankar’s elder son Dhruva Jaishankar is associated with a think tank on the industrial sector in America. His eldest son is married to an American woman. His younger son’s name is Arjun Jaishankar and his daughter Medha Jaishankar is a film director in Los Angeles.

According to the election affidavit given in 2019, the total net worth of S Jaishankar Ji is more than ₹15 crores. He is currently the Foreign Minister of India. He also owns a Toyota Corolla Altis car worth more than ₹17 lakh.

Some Interesting Facts About S Jaishankar:

This is the full details on S Jaishankar Biography, Age, Height, Father, Family, Wife, Son, Net Worth & More. Please share this post with your friends and keep visiting us on celebwale.com for famous personalities and trending people’s biography with updated details. If you have any thoughts, experiences, or suggestions regarding this post or our website. you can feel free to share your thought with us.