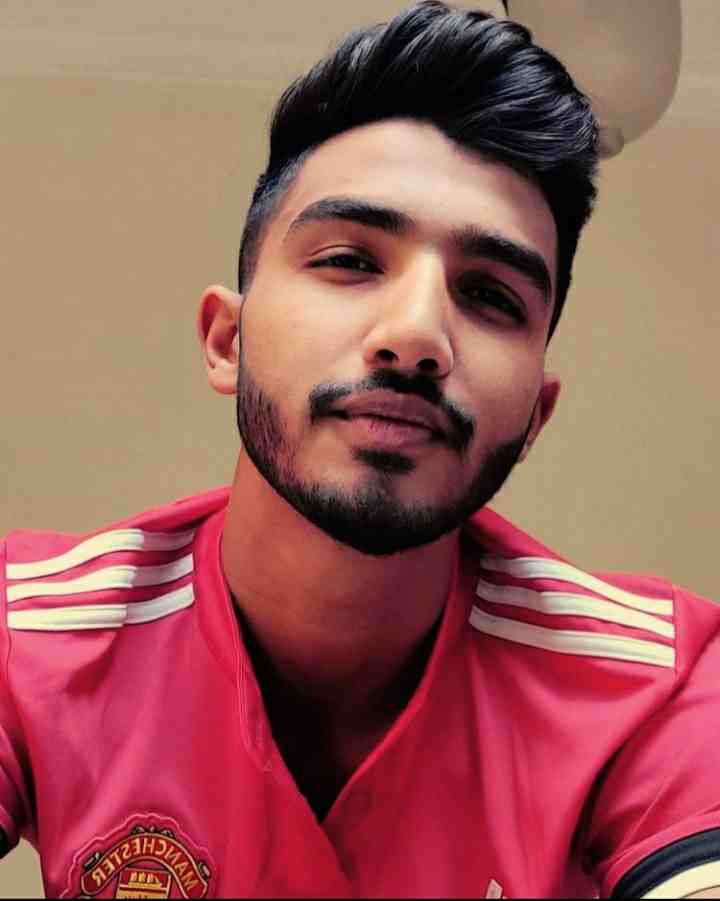 Devdutt Padikkal an Indian Cricketer who plays for Karnataka and Royal Challengers Bangalore was born on 7 July 2000 in Edappal, Kerala, India. Paddikal’s family moved to Hyderabad when he was very young. His father was a cricket fan and noticed his son’s talent at a very early age probably when Paddikal was only 3 years old. One day Devdutt’s father noticed his son holding a cricket bat with great style and balance then he thought of a cricket career for his son.

To provide better cricket training and opportunity, Paddikal’s entire family moved to Bangalore. Bangalore is the ideal place to hone cricketing skills, especially for left-handed batsmen. His father enrolled him in the Karnataka Institute of Cricket in Bangalore when Devdutt was only 9 years old. In Bangalore, Devdutt completed his school education at Army Public School and St. Joseph’s Boys’ High School. Subsequently, He graduated from St. Joseph’s College, Bangalore.

In the Karnataka Institute of cricket, Devdutt’s Coach, Naseeruddin, figured out his talent in a short period. He came to people’s notice after an eye-catching performance in Karnataka Premier League (2017) where he hit 72 runs in just 53 balls for his team Ballari Tuskers against Bengaluru Blasters. After playing this great knock, he made his debut in the Ranji Trophy against Maharashtra on 28 November 2018. The same year in 2018, he was selected for the under-19 National Cricket Team.

The debut match in Vijay Hazare Trophy for Devdutt was against Jharkhand on 26 September 2019 where he scored 53 runs. From now onwards, he never looked back in his career. He got selection in India’s A squad for the 2019-20 Deodhar Trophy in October 2019 and played his first match in the 2019-20 Syed Mushtaq Ali Trophy for Karnataka against Jharkhand. In that match, he compiled 58 runs.

He was included in Royal Challengers Bangalore team in the IPL auction 2019 at a base price of Rs. 20 lakhs. In 2019, he did not get the chance to play a single match for RCB. He plays as an opener for the Karnataka Cricket team.

Devdutt Padikkal’s age is 22 years old in the year 2023. He exercises very hard daily for hours in the morning and evening to keep his body fit. He is a sportsperson who needs to keep his body fit, apart from this, he keeps practicing and exercising on the cricket field for hours. Devdutt’s height is 6 feet 3 inches, which is 190 cm. His body weight is 65 kg and Padikkal’s body measurement is 36-30-12. His eye color is dark brown and his hair color is Black.

Talking about the net worth of Devdutt Padikkal. According to sources, he charges around ₹7.5 crores for playing cricket for Rajasthan Royals in IPL. The main source of his earnings is playing cricket for the IPL team. In IPL 2019, RCB bought him with a base price of 20 lakh. He stays with RCB at his base price for three years. In the 2022 IPL Auction Padikkal was bought by Rajasthan Royals for ₹7.5 crores. His total net worth is approx ₹9 crores.

Devdutt Padikkal’s account is available on all social media accounts like Twitter, Instagram, and Facebook, where his followers number in the millions. He keeps sharing his photos and latest videos on his social media platforms. On his Instagram account, he has more than 1.1 million followers and on his Facebook account, he has more than 150k followers. Apart from this, he is also available on Wikipedia where you can get more information about them. We have given all their social media links in the table, by clicking on which you will be able to access their profile page directly.

Some Interesting Facts About Devdutt Padikkal:

This is the full details on Devdutt Padikkal (Cricketer) Biography, Age, Height, Family, Wife, Net Worth & More. Share this post with your friends and keep visiting us on celebwale.com for famous personalities and trending people’s biography with updated details. If you have any thoughts, experiences, or suggestions regarding this post or our website. you can feel free to share your thought with us.