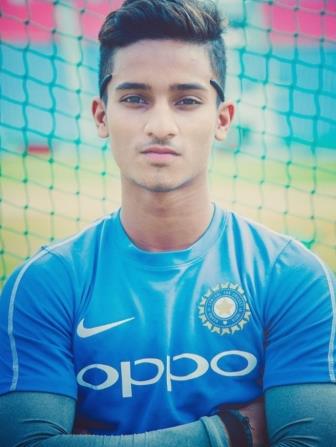 Ayush Badoni is a young Indian cricketer who is in the news due to his performance in IPL 2022. Ayush was born on 3 December 1999 in Tehri Garhwal, Uttarakhand, India. He is mainly a resident of Panchayat Kwili village of Devprayag block of Uttarakhand. He currently resides in Delhi.

He completed his early education at Modern School located on Barakhamba Road, Delhi. From his early days, he used to participate in cricket tournaments in school, due to which his interest in cricket grew. Presently he is a final year student of Graduation at Sri Venkateswara College Delhi.

After completing his studies, he completely focused on his cricket and took rigorous training to play for Delhi State. He joined Sonet Cricket Club in Delhi where he learned the nuances of cricket from coaches Tariq Sinha and Devendra Sharma.

Finally, in 2020, he got a chance to play for Delhi in the domestic tournament Syed Mushtaq Ali Trophy. On 11 January 2021, he made his debut for Delhi in 20-20 cricket. Badoni comes from Delhi’s Sonnet Club, although he did not get much opportunity to grow here.

In the year 2022, his cricket career was very good. He scored an impressive 185 runs in 202 balls in an innings of the four-day match against Sri Lanka and also took 4 wickets in that innings.

In 2022, he was included in the IPL auction 2022 by Lucknow Super Giants by buying him for his base price of 20 lakhs. Now he is spreading his flames with the bat in IPL 2022.

Ayush Badoni’s age is 22 years in the year 2022. He is a young cricketer who works hard on his fitness. For an athlete, his fitness is of paramount importance. To maintain that, he trains hard in the field.

Ayush Badoni’s height in feet is 5 feet 6 inches, which is 167 centimeters. His bodyweight is 59 kg and Badoni’s body measurement is 36-28-12. His eye color is Black and his hair color is also Black.

Ayush is basically a resident of Silod village of Village Panchayat Kwili of Devprayag block. He was born in a middle-class Hindu family. Ayush’s grandfather was a teacher in Delhi. His childhood was spent in Delhi where he took cricket training.

Apart from this, he also has a younger brother in his house named Pratyush Badoni and he is still studying. He also has an uncle named Vinod Badoni. His marital status is still unmarried. He is currently concentrating on his cricket, so there is no news of his affair with anyone.

Talking about the total net worth of Ayush Badoni, his net worth is around ₹25 lakh. He is a young Indian cricketer who is playing for the Lucknow Super Giants team in the world’s biggest cricket league Indian Premier League.

He has also been a player of Under 19 where he is paid ₹20k per match by the BCCI. He has been bought by Lucknow Supergiant in IPL 2022 auction for ₹20 lakh. Apart from this, when Under-19 players play four-day Test matches, they are paid ₹20k per day i.e. ₹80k for a match.

Some Interesting Facts About Ayush Badoni:

This is the full details on Ayush Badoni Biography, Age, Height, IPL, Girlfriend, Father, Family, Net Worth & More. Share this post with your friends and keep visiting us on celebwale.com for famous personalities and trending people’s biography with updated details. If you have any thoughts, experiences, or suggestions regarding this post or our website. you can feel free to share your thought with us.