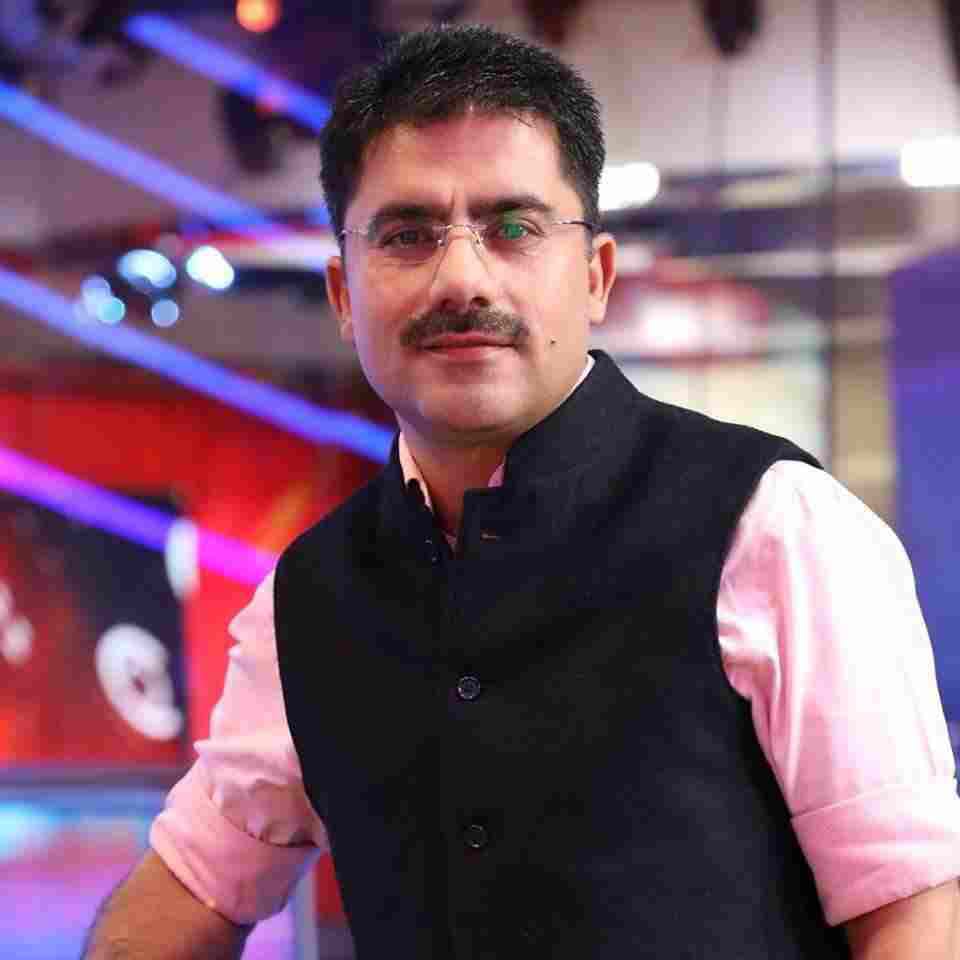 Rohit Sardana a famous anchor and media personality were born on 22 September 1978 in Kurukshetra, Haryana, India. He did his schooling at Gita Niketan Awasiya Vidyalaya, Kurukshetra. During school days, he was good at studying. He used to score good marks in exams. Apart from academics, he would also participate in almost all co-curricular activities. Speaking about his higher education, Sardana did B.A. in Psychology from the Guru Jambeshwar Institute of Science and Technology.

Subsequently, he also finished his post-graduation M.A. in Mass Communications from the same University. Rohit was fascinated with acting and did some theatre in 1997. His dream was to be on the television screen. In pursuit of this dream, he enrolled himself in the National School of Drama(NSD), Delhi. But, he did not like the culture and left that place on the third day of a seven days workshop. His dream was to appear on the television screen. For a journalist, his lingual skills play an important role.

So, he began to brush up his skills in languages. While pursuing journalism, he used to write articles for some local newspapers which helped him a lot in his portfolios for various interviews. During his post-graduation degree, he was asked why he wanted a career in journalism. He clearly replied, ” I just want to be on television”. After looking at Rohit’s portfolios, One of his teachers said to him,” You already know what will be taught here. So go and work somewhere.”

After considering his teacher’s advice, he started working for Radio. Along with his work, he also balanced his studies. Sardana used to attend class till the afternoon and work in the evening and night. Meanwhile, he moved to Delhi to work as an intern with the ETV network. On the same TV network, he started working even though he had to write his final semester exam. While doing the job there, he wanted to do something but he was transferred to Hyderabad being told that he would be trained as an anchor there.

As soon as he reached Hyderabad, he had to go through an audition which was in Hindi and his competitor was south-Indian. So, he easily cracked that audition with the help of his experience in Akashvani. Subsequently, he worked as a video toaster editor after being trained for 5 months by a Japanese team. In the meantime, the Gujarat assembly election was scheduled to be held, he worked as an anchor for that channel. In order to convey Gujarat assembly elections news in Gujarati, he had to learn Gujarati.

Between 2003 and 2004, Rohit worked with Sahara Samay as an assistant producer. He joined Zee news in 2004 where he received huge appreciation and attention. Sardana used to host the Taal Thok Ke program which discusses recent issues and problems. He left Zee news in 2017 and joined Aaj Tak. On Aaj Tak, he hosted the debate show Dangal.

Rohit Sardana has been bestowed with many awards such as the Best News Anchor award from the Delhi Education Society, Madhav Jyoti Samman for excellence in journalism, and Sansui best news program award Ganesh Vidyarthi Puraskar award, 2018. Unfortunately, he passed away on 30 April 2021 at Metro hospital in New Delhi due to covid-19 at the age of 42.

Rohit Sardana has been bestowed with many awards such as the Best News Anchor award from the Delhi Education Society, Madhav Jyoti Samman for excellence in journalism, and Sansui best news program award Ganesh Vidyarthi Puraskar award, 2018.

Rohit Sardana’s age is 42 years as of 2021 and he belongs to the state of Haryana. His look is a professional Journalist, who looks very smart in his favorite dress suit. Rohit Sardana’s height is 5 feet 9 inches, which is 175 centimeters. His body weight is about 76 kg, he takes a proper diet to keep his body fit so that his body measurement is 44-36-14. His eye color is black color, and his hair color is black.

Talking about Rohit’s marital status, he was married and his wife’s name is Pramila Dixit who is also a Journalist, Writer, Radio Presenter, Poet, Blogger, and Columnist. Rohit Sardana also has two daughters of which the elder daughter is named Nandika Sardana and her younger daughter is named Kashi Sardana. He left behind him two innocent girls and his wife.

Talking about the total net worth of Rohit Sardana, he was known in the TV world for his fiery anchoring of the AAJ TAK news channel. His monthly total earnings or salary was above ₹3.50 lakh. Rohit’s total net worth was above ₹1 crores.

Rohit Sardana, Aaj Tak’s senior journalist, was present on all social media sites. He had a verified account on Facebook and Twitter. Where his Twitter followers had a total of over 4.3 million. He was known for sharing his bold views on Twitter and he did not back down from condemning the government’s wrongdoings. Rohit’s account is also present on Facebook where he has more than 918k followers. He used to share his latest photos and videos on Facebook with his fans. Wikipedia also had a place on his page. Below we have shared with you the link table of their account, on which you will be able to access their profile page directly by clicking.

Famous Anchor, Journalist, and Editor Rohit Sardana of Journalism died today at 11 am in Metro Hospital of New Delhi due to cardiac arrest. As soon as the news of his death came out, a wave of mourning spread in the journalistic world as well as on television and in political places. Everyone is stunned by the news of his sudden death. At first, people could not believe that such a great news anchor Rohit Sardana did not live among us.

Last week, on 24 April 2021, he was confirmed to be a corona, on this, when asked by one of his fellow journalists, he said that this is a corona which everyone has to be, don’t you worry I will be back soon. But what did we all know, if he went once he would not come back. He was admitted to the hospital for the last one week and he was also recovering, but today at 4 am on April 30, his health started deteriorating when he was admitted to the ICU where he breathed his last at 11 am.

Rohit Sardana Ji, who presented the famous show Dangal on the news channel to date, finally got lost in the riots of life and left us all. The entire journalism world is shocked by his death and his departure is an unbearable loss for the whole of India. Our condolences to his family in this hour of mourning.

After the news of his death, Prime Minister of India Narendra Modi Ji and Home Minister of India Amit Shah Ji, and Uttar Pradesh Chief Minister Yogi Adityanath Ji expressed deep condolences through their Twitter handles. We all pray to God here that God may give peace to his soul and give him a place at his feet.

Some Interesting Facts About Rohit Sardana:

Disclaimer; All images are available on Rohit Sardana’s Official Twitter Account. Images can be taken from his official Twitter account for educational purposes. Image Credit goes to the respective owners of the Image Creator.

This is the full details on Rohit Sardana Biography, Age, Height, Father, Family, Wife, Daughter, Death, Net Worth & More. Please share this post with your friends and keep visiting us on celebwale.com for famous personalities and trending people’s biography with updated details. If you have any thoughts, experiences, or suggestions regarding this post or our website. you can feel free to share your thought with us.