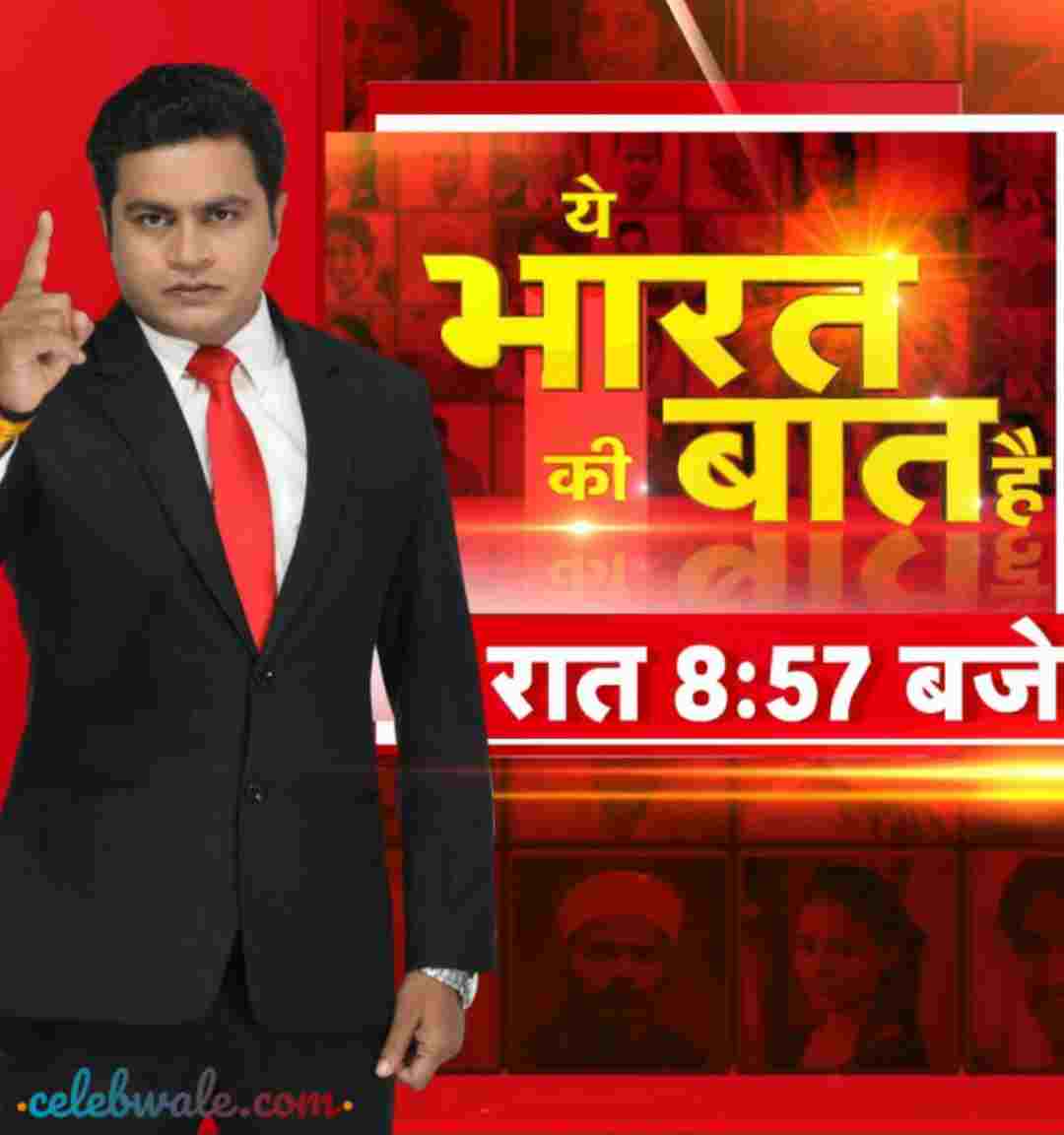 Vikas Sharma was born on 25 February 1984 in Kanpur, Uttar Pradesh, he was a well-known news anchor and journalist of the TV sector. He grew up in Kanpur, and from there he got his early education. After completing his graduation, Vikas started his career as an announcer at All India Radio in the year 2004.

After this, he started working as an Assistant Producer in s1 Software Company in the year 2005 and he worked in this company for 2 years. During this time he did his MA in Broadcast Journalism. Vikas worked in a lot of TV channels during his journalism career.

Vikas Sharma was one of the finest journalists of Republic India News Channel, who used to express his views on all issues with utmost care. He was the presenter of the news show Yeh Bharat Ki Baat Hai to air on Republic India at 9 pm, raising his voice for truth at all times.

Vikas Sharma has worked in many channels before becoming a part of the Republic India Channel. Vikas first started as a producer and reporter with the news channel TV 100 in 2006, where he worked for 2 years.

Then he resigned from the TV100 channel in 2008 and worked as a producer in Total TV channel for about 1 year. Due to his lack of interest in this channel, he joined Sadhana News channel as a news anchor in December 2008, where he worked for 3 years. He left Sadhana News Channel in 2011 and joined the Janata TV channel as a news anchor, where he served for 1 year and 2 months.

After this, he also joined the India News Channel as a news anchor in the year 2012, resigning from Sadhana News, he worked there for about 2 years.

The way Vikas Sharma was changing from one news channel to another, his experience in this field was increasing. He joined the News Plus channel in March 2014, saying he worked as an anchor and producer, he used to do his work honestly.

Lastly, he then joined Republic India News Channel in the year 2019 and was the presenter of the 9 pm show Yeh Bharat Ki Baat Hai. Vikas raised the case of Sushant Singh Rajput’s death through his show, and he also got public support. He did a very good job in this case and did not believe Sushant’s suicide to be a conspiracy to murder.

Vikas Sharma’s age is 36 years in 2021 and he belongs to the state of Uttar Pradesh. Vikas’s look is professional Journalist, who looks very smart in his favorite dress suit.

Vikas Sharma’s height is 5 feet 7 inches, which is 170 centimeters. His body weight is about 66 kg, he takes a proper diet to keep his body fit so that his body measurement is 40-30-12. His eye color is black color, and his hair color is black.

Vikas Sharma was born in a middle-class Hindu Brahmin family in Kanpur. His father’s name is not known and his mother’s name is also not known. Vikas Sharma’s marital status was married, he married his wife, with whom he has a son and a daughter. Vikas’s son’s name is not known the name and his daughter does not even know the name. He was very satisfied in his marital life and lived in Noida with his family, but he died due to health problems.

After earning a degree, Vikas moved to Noida in search of a job where he did an MA in Broadcast Journalism from Makhanlal Chaturvedi National Journalism University, Noida to pursue a career in journalism after working for 1 year in a software company. After completing his post-graduation in Journalism, he worked in several news channels, and before his death, he was a major news anchor of Republic India News Channel.

Vikas Sharma’s favorite actors were Shah Rukh Khan and Amitabh Bachchan and favorite actresses Aishwarya Rai Bachchan and Madhuri Dixit. He had the hobbies of reading and watching news headlines. Vikas was very fond of Music and his favorite singer was Mohammed Rafi, and he was a fan of Rafi Sahab’s songs. Vikas was very fond of cricket in the game and Sachin Tendulkar was one of his favorite cricketers. Below we have given a list of all their favorite things, which you must read once.

Vikas Sharma’s net worth is not available.

Noted anchor Vikas Sharma of Republic Bharat TV passed away on Thursday. He was ill for the last three days and died in the hospital on Thursday evening. According to the report, Sharma was suffering from fever. He was corona infected a few days ago, but he had defeated it.

Vikas Sharma used to present the show ‘Ye Bharat ki Baat Hai’ at 9 pm. Republic TV editor Arnab Goswami has mourned his death. Arnab said that this is a big loss for his news network. He said that there was a different style of anchoring development and he is not sure that there will be no development now.

‘Vikas was the anchor attached to the land’

Arnab Goswami said that Vikas was an anchor attached to the land, as well as he was very talented. Many well-known personalities have mourned the death of Vikas Sharma. Filmmaker Ashok Pandit, MLA Abhijit Singh Sanga, BJP MLA Dinesh Chaudhary, etc. have expressed condolences by tweeting.

Let me tell you that 35-year-old Vikas Sharma was a resident of Kanpur. He was undergoing treatment at Kailash Hospital in Noida. He breathed his last in the hospital. Vikas is survived by his wife, a son, and a daughter.

Vikas Sharma won the Republic Bharat Best National Debut News Channel. After receiving the award, he was looking so glad.

Some Interesting Fact About Vikas Sharma:

This is the full details on Anchor Vikas Sharma, Republic Bharat, Biography, Age, Height, Family, Wife, Income, Net Worth & More. Share this post with your friends and keep visiting us on celebwale.com for famous personalities and trending people’s biography with updated details. If you have any thoughts, experiences, or suggestions regarding this post or our website. you can feel free to share your thought with us.