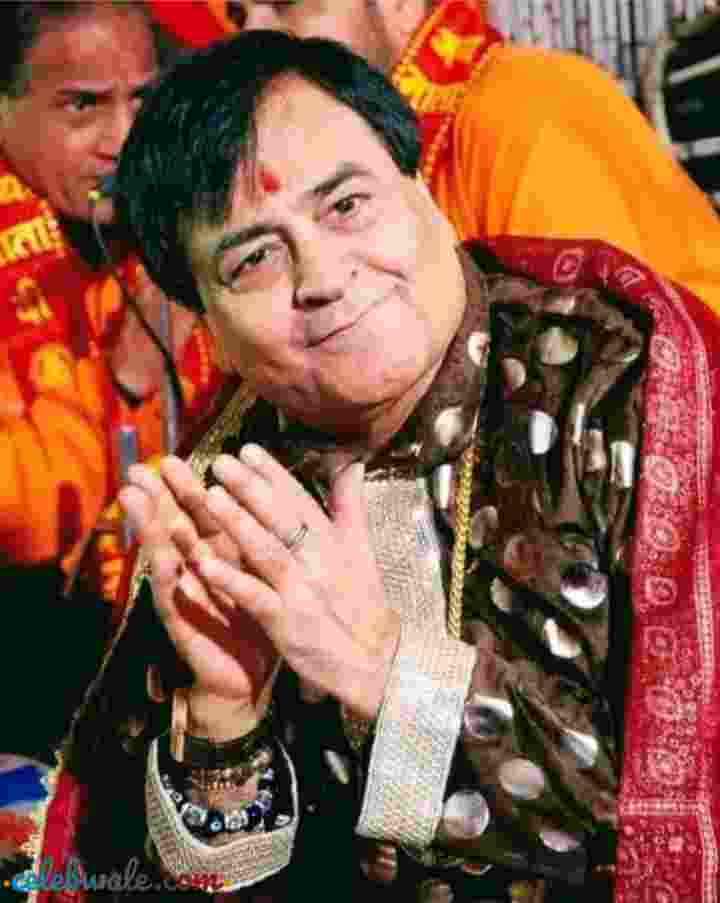 Narendra Chanchal was born on 16 October 1940 in Amritsar, Punjab. He was born in a religious environment, which made him feel more into listening and singing devotional songs.

Narendra Chanchal’s interest in hymns was increased because of his mother. He had heard his mother singing hymns to Matarani since childhood. Narendra considered his mother his first guru. After this Chanchal learned music from Prem Trikha, then he started singing bhajans.

Narendra Chanchal was active in the world of Kirtan and Jagratas for the last several decades. He sang the song ‘Beshak Mandir Masjid Todo‘ in Raj Kapoor’s film Bobby. This song still lives on people’s tongues and minds.

He got recognition from this song. Narendra sang the song ‘Main Benaam Ho Gaya‘ in the film Benaam in 1974. In 1974 he gave voice to the song ‘Baaki Kuch Bacha To Mehangaayi Maar Gayi’ in Roti Kapda Aur Makaan.

Narendra sang the song Tune Mujhe Bulaya Song in the film ‘Asha’ 1980, which was a big hit. He then sang the hymn ‘Chalo Bulava Aaya Hai‘ for the film Avatar in 1983. It was filmed on Shabana Azmi and Rajesh Khanna.

Apart from this, he sang Do Ghoont for the film Kala Suraj in 1985, and for the film Anjaane in 1994, he sang a Kuch Woh Humse Paraye Song. Narendra Chanchal has sung many Bhakti songs and devotional songs which are world-famous, these songs are very popular in every country and people sing as bhajans.

Narendra Chanchal was a star bhajan singer and aarti singer, famous worldwide. He used to visit Katra Vaishno Devi’s Temple every year on 29 December, where he could perform on the night of 31 December. After struggling for many years, Narendra became a part of Bollywood’s music industry.

He sang his first song in the film Bobby, starring Rishi Kapoor and Dimple Kapadia, directed by Raj Kapoor. This song was – Beshak Mandir Masjid Todo. The song earned him the Filmfare Award for Best Male Playback Singer.

However, he was also punished for this. He told, “I went to the temple of Kali Maa, and there I was asked to sing but I lied that I am not feeling well.” On coming home, I realized that my voice was not coming out, he lost his voice.

He further said, “I got upset and after some time went to the same temple. People there asked me if you were not feeling well then how can you sing, and they apologized. At that time the yagna was being done in the temple and there was a lassi made of pedas, which they gave me for drinking.

After a two-month of his lost voice Narendra Chanchal was sentenced that If he was also ill, he used to go only to be part of Jagratte and speak Jai Mata Di. Narendra released his autobiography titled Midnight Singer. It told about his life, struggle, hard work, and success.

Narendra belongs to a Hindu Punjabi family, he was born in a middle-class Punjabi family in Amritsar, who has faith in Hindu deities. Narendra’s family consists of his mother, father, brother, wife, and sister.

In an interview, Narendra Chanchal had told that his father Chet Ram Kharbanda had stopped leaving the house in the evening when he realized that the son was interested in music.

Due to this, he could not study Chandigarh’s music. He received music education from Premnath Trikha, a Shastri musician from Amritsar. With the inspiration of his mother Kailashwati, the process of waking up in the house and singing the offering of the mother continued till the last breath.

Narendra Chanchal’s net worth is in crores.

Narendra had told that in an interview the atmosphere of my house was religious, my mother used to worship, worshiped mother, there was also kirtan in the house, but in those days my attention was less on this side. When there was kirtan at home, I used to go to play cricket.

I became a singer because of my mother. My mother used to pick me up in the winter and take me to the temple in the morning. I have seven brothers Why did she take me among those 7 brothers, I think today.

I used to go very sad in the temple, but when I used to come from there, I used to be very excited. It was wonderful to hear inspirational stories of old times. I used to tell the same story to my friends. Sanskar was inside me. He just got the right direction. First I also went to the movies. But I did not mind and I came to this side.

Why did Narendra Chanchal write ‘Chanchal’ in front of his name, know what his real name was

In an Interview, Narendra Chanchal told that People say since childhood that I was very naughty. During my school days, those who were seniors to be used to bringing a glass of water to me.

The Shastriji with whom I used to study gave me this name. And I did not know when this name became a part of my life. I believe that there is a baby inside every human being. He should not die.

That child does mischief, stubbornness and while doing so he feels good too. He does not sit without paying. So I did not let that child inside me die. I did not know that I would go ahead and become a singer.

As I grew up, I came into the world of music and this name also went ahead with me. By the way, even though he may have been named Narendra Chanchal because of his mischief, his real name was Narendra Kharbanda.

Narendra Chanchal’s hymn on the corona

Let me tell you that in March 2020, a video of Narendra Chanchal went viral. In this, he was seen singing a bhajan of Maa Durga. In this video, he also mentioned Corona.

Video sung by Narendra Chanchal in Jagrat became very popular among the people. In it, he sang that dengue also came and swine flu also, chicken gonia made noise, how come corona?

Devotional singer Narendra Chanchal, who has sung Mata’s song, has died at the age of 80. He breathed his last at the house located in the Sarvpriya Vihar, New Delhi. He was ill for a long time. Narendra Chanchal spent his childhood singing bhajan of Matarani.

PM Modi expressed grief PM Narendra Modi has also expressed grief over his death. He wrote – The news of the demise of popular hymn singer Narendra Chanchal Ji is extremely sad. He made a distinct identity in the world of singing bhajans with his vibrant voice. My condolences are with his family and fans in this hour of mourning. Oh, peace!

Cricketer Harbhajan Singh has mourned the death of Narendra Chanchal. He wrote- It is very sad to know that the prestigious and most beloved Narendra Chanchal left us. Pray for the peace of his soul. Heartfelt condolences to his family.

Some Interesting Fact About Narendra Chanchal:

This is the full details on Narendra Chanchal Biography, Wiki, Jagran, Bhajan, Fees, Age, Height, Wife, Family, Death, Networth & More. Share this post with your friends and keep visiting us on celebwale.com for famous personalities and trending people’s biography with updated details. If you have any thoughts, experiences, or suggestions regarding this post or our website. you can feel free to share your thought with us.