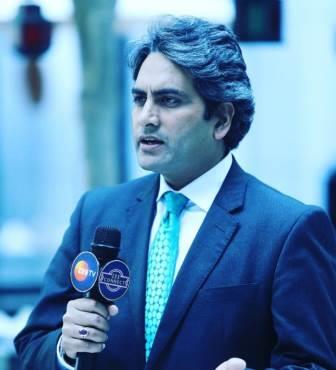 Sudhir Chaudhary is a senior Indian journalist and anchor. He was famous across the country for the Zee News television show DNA. Recently he resigned from Zee News due to which he came into the limelight. Sudhir Ji was born on 18 June 1972 in Sondhar, Hodal, Haryana. He received his early education in Haryana itself. After that graduated with a Bachelor of Arts degree from Delhi University.

He was very good at studies and used to participate in debate competitions during his school and college days. After graduation, he chose the path of journalism and did a diploma in journalism from the Institute of Mass Communication (IIMC) located in New Delhi. He started his career in the year 1990 when he used to be a part of 24 hours news television. Chaudhary joined Zee News Television in 1993 where he covered several prominent stories such as the Kargil War, and the terrorist attack on the Parliament House.

Apart from this, he was also part of the media team that covered the Islamabad meeting between Prime Minister Atal Bihari Vajpayee and Pervez Musharraf after the terrorist attacks on the Parliament House, Delhi. He resigned in 2003 after being associated with Zee News Network for nearly 10 years. He was instrumental in launching Sahara Samay, the Hindi news channel of the Sahara Group. He was also a part of India TV for some time.

In the year 2012, he once again joined Zee News where he used to host the Daily News & Analysis show. His news show DNA was very popular among the audience, in which he used to present an issue every single day in front of the audience with full details and facts.

However, in July 2022, he once again resigned from Zee News. Now there are speculations that he may soon launch his own news channel. Chaudhary has been awarded the Ramnath Goenka Award for Excellence in Journalism in the Hindi Broadcasting category in 2013.

Sudhir Chaudhary’s age is 50 years in 2022. He looks quite fit right now and believes in a simple life. Chaudhary’s height is 5 feet 8 inches, equal to 173 centimeters. His body weight is about 72 kg. His eye color is Black, and his hair color is also Black.

Sudhir Ji was born in a middle-class Hindu family in the Hodal district of Haryana. There is no information available about his parents. His marital status is married. Sudhir Chaudhary’s wife’s name is Niti Chaudhary. He also has a son.

The total net worth of Sudhir Chaudhary is around ₹ 37 crores. He was involved in Zee News Channel as an Editor-in-Chief and CEO. He was also the presenter of India’s No. 1 prime time show Daily News & Analysis (DNA). He used to get a salary of around ₹ 30 lakh per month in Zee News.

Some Interesting Facts About Sudhir Chaudhary:

Que. How much does Sudhir Chaudhary earn?

Ans. According to some reports, he usually got ₹30 lakh per month for hosting his Daily News and Analysis tv show.

Ans. In 2015, he received a life-threatening call from someone after which he got X-Category security from the government.

Que. Who is Sudhir Chaudhary’s wife?

This is the full details on Sudhir Chaudhary Biography, Age, Height, Father, Family, Wife, Net Worth & More. Share this post with your friends and visit us on celebwale.com for famous personalities and trending people’s biographies with updated details. If you have any thoughts, experiences, or suggestions regarding this post or our website. you can feel free to share your thought with us.