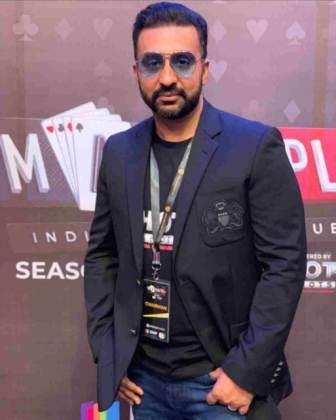 Raj Kundra is a British Indian entrepreneur and businessman who first came to the limelight in India when he married the famous Bollywood actress Shilpa Shetty in the year 2009. In 2004, he was ranked as the 198th richest British Asian by the Sussexes. It is going to be very interesting to know how he completed his journey of becoming a successful businessman after being born in a small middle-class Punjabi family.

So let us tell you how he came out of a poor middle-class family and decided to become a successful businessman. Raj Kundra was born on 9 September 1975 in London, United Kingdom. His full name and real name is Ripu Sudan Kundra. Kundra’s father Balkrishna Kundra along with his wife Usha Rani Kundra moved to London from his hometown Ludhiana, Punjab to earn a living.

Initially, his father worked in a cotton factory, then later he got a job as a bus conductor. After working here for a few years, he started a small business. With his saving money, he bought a post office in London. Yes, don’t worry about how can anyone buy a post office. But let us tell you that in Britain you can buy a post office. And Kundra’s mother Usha Rani also started working in a shop.

Here Raj was also growing up slowly and he had also received his early education from a school in London. When he turned 18, his father told Kundra to do something in 6 months, otherwise join the family business. Since Kundra had spent his childhood in extreme poverty, so he did not want to confine himself to his family business, so he took some money from his father and went to Dubai to do diamond business.

But in Dubai, his deal did not work, after that, he had to go to Nepal in connection with some work, where his eyes fell on Pashmina shawls which were being sold at very low prices in their markets. Kundra felt that the cost of these shawls was much more than this, so he bought more than 100 shawls and came to London.

After coming to London, Kundra met the big cloth merchants there and all these merchants liked Pashmina shawls very much. In this way, pashmina shawls started trending all over the UK and this shawl sold well in Britain. In this way, Kundra earned more than 20 million euros that year by selling only shawls. In 2004, at the age of 29, Kundra became the UK’s 198th richest Asian.

Raj Kundra’s age is 46 years old in the year 2021. He is a famous British Indian businessman who also takes great care of his fitness. His wife Shilpa Shetty gives special attention to yoga and meditation in her life, due to which Kundra also adopted it keeping in mind the benefits of yoga and meditation and made it a regular part of his life. Now he does yoga and meditation after working out daily.

He used to be very fat earlier, there was a time when his body weight used to be around 100 kg. But after this, Kundra worked a lot on his body in the gym every day and practiced yoga and meditation for hours, due to which he is leading a healthy life today. He has also hired a personal trainer for his training, who helps him in taking the training. Apart from this, he also takes great care of his food and likes to take healthy and nutritious food in his Breakfast and dinner.

Raj Kundra’s height is 5 feet 10 inches, which is 182 centimeters. His body weight is about 85 kg, he takes a proper diet to keep his body fit so that his body measurement is not known. His eye color is black color, and his hair color is also black.

Kundra was born in Britain to a poor Punjabi Hindu family. His entire family believes in Hinduism and worships Hindu deities. Raj Kundra’s father’s name is Balkrishna Kundra who is a small businessman and his mother’s name is Usha Rani Kundra who is a shop assistant. Apart from his parents, he also has two younger sisters named Reena Kundra and Renu Bakshi in his house. Kundra’s marital status is Married.

He has not one but two marriages in his life and Bollywood actress Shilpa Shetty is his second wife. Raj Kundra’s first wife’s name is Kavita Kundra, who is the daughter of an Indian British businessman. The two first dated each other for a few years, after which they tied the knot in the year 2003. Kundra also has a daughter named Deleena from his first wife Kavita.

After just 2 years of marriage, in 2005, Raj and Kavita started facing troubles in their married life and eventually got divorced in 2006 when their daughter Deleena was just 2 months old. Later, Raj Kundra’s ex-wife Kavita Kundra allegedly accused Shilpa of breaking the marriage. He had said that it was because of Shilpa that Raj left him and his newborn daughter. In a conversation with The Mail, Kavita was quoted as saying that.

Shilpa was very upset from all these comments of Kavita on her but she cleared her name and reputation by issuing a statement that read:

After divorcing Kavita, Raj married famous Bollywood actress Shilpa Shetty on 22 November 2009. Let us tell you that Raj and Shilpa met for the first time in London for a business meeting where Raj was helping them to promote their perfume brand S2. When there was speculation in the media about the news of both the rumors, Raj had denied all these things by saying that we are just friends. I have a business relationship with Shilpa’s perfume.

After this, Shilpa used to travel frequently to London for her business. Where there used to talk about business between the two, meanwhile as time passed, Shilpa and Raj started spending more and more time together. During that time Shilpa had admitted in an interview that she is dating someone. I hope he will be the same, but I don’t want to say too much because this is too early in our relationship.

After this, when Shilpa was in London for the shooting of the British show Big Brother UK, Raj proposed Shilpa in a very cute way at IIFA in Yorkshire. After this, Raj bought the 7th floor in a building opposite Jalsa (Amitabh Bachchan house) in Mumbai to live with Shilpa. Later, putting an end to all speculations, both of them got married on 22 November 2009 at the farmhouse of Shilpa’s close friend in Bash Khandala.

After marriage, the reception of both took place on 24 November 2009 at the Grand Hyatt Hotel in Mumbai where the people of B Town made their presence felt. After the end of their lavish wedding festivities, they went to the Bahamas to spend some time with each other and for honeymoon where Kundra had booked the Regal Suites at the Atlantis resort for their vacation.

The resort is known worldwide for its captivating casinos, secret underwater ruins, marine habitats, breathtaking waterfalls, and lagoons. After 3 years of marriage, Shilpa gave birth to her first child on 21 May 2012 at Hinduja Healthcare Surgical Hospital in Mumbai. Raj and Shilpa named their first child Viaan Raj Kundra. After a few miscarriages later, Shilpa and Raj opted for surrogacy to welcome a baby girl into their lives.

After this, the couple was also blessed with a daughter on 15 February 2020 whom they lovingly named Samisha Shetty Kundra. Though Shilpa and Raj had to wait for almost 8 years to welcome another baby girl in their lives now both of them are very happy to have their baby girl with the help of surrogacy.

Talking about the total net worth of Raj Kundra, his net worth is about $ 550 million, which is about 4017 crores. He has many businesses to his name. He is the CEO of JL Stream Pvt Ltd which covers social media live streaming platforms. In 2014, Kundra started the Viaan industry and in 2012 he started the Super Fight League which is India’s first professional mixed martial arts fight in the league.

He was also the co-owner of the IPL team Rajasthan Royals till 2013 along with his wife Shilpa. Apart from this, Raj has many luxury cars like BMW Z4, out of which his blue Lamborghini car has also been in a lot of discussions. He also has a sea-facing villa in Mumbai which is also known as Kinara, now he lives in the same bungalow with his family.

Apart from this, in the year 2012, Raj also bought a luxurious flat spread over 3000 square feet in a building named Supernova in Noida. It is the tallest building in India which has 80 storeys. He has bought a lavish 7 bedroom villa in Surrey, UK known as Rajpalace to spend his holidays in the UK with his wife Shilpa. He bought an apartment on the 19th floor of the world’s tallest building, Burj Khalifa in Dubai. However, his wife Shilpa sold the property in 2016 as the apartment was too small for their family.

Raj Kundra’s account is available on all social media platforms except Facebook where he keeps posting his latest photographs and business-related post with his fans and followers. More than 1 million followers are present on their Instagram Account and the number of their posts is more than 900. Many of his Fan-Made Accounts are present on Facebook but their official account has no information available.

Kundra has a verified account on Twitter, which anyone can join easily his account. More than 800k followers are present on Twitter. Apart from this, Wikipedia has also covered them on their page. In the table below, we have shared the links to all of their social media profiles, by clicking, you will be able to access their profile page.

The name of Raj Kundra was the first time came in the bitcoin cryptocurrency fraud case of ₹2000 crores in the year 2018. Then India’s Enforcement Directorate (ED) questioned him in that case. However, after interrogation, he was given a clean chit by ED as no concrete evidence was found.

In the year 2009, Raj along with his second wife Shilpa Shetty invested in the Rajasthan Royals team of IPL. Later in June 2013, Delhi Police arrested some players of Rajasthan Royals for betting in IPL and also interrogated Kundra. Later, due to lack of evidence, Delhi Police gave a clean chit to Kundra. But in the year 2015, the Supreme Court of India banned all activities related to cricket of Raj Kundra.

Raj Kundra was awarded the Champion of Change Award 2019 by the President of India at Vigyan Bhawan, New Delhi on 20 January 2020 for his participation in the Swachh Bharat Abhiyan.

Some Interesting Fact About Raj Kundra: