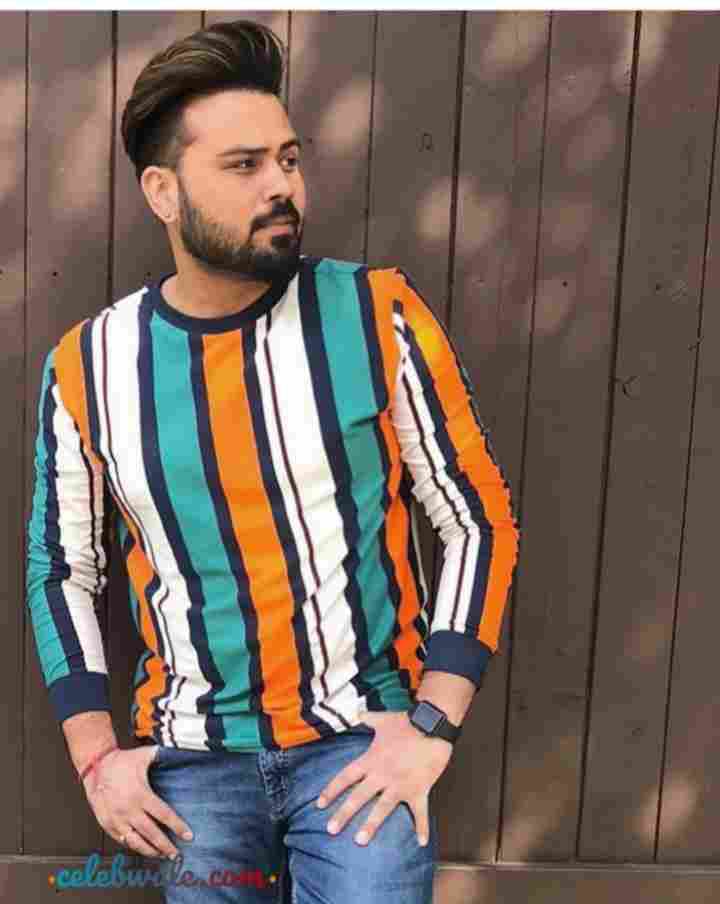 Singer Diljaan was born on 30 July 1989 in Kartarpur village in the Jalandhar district of Punjab. He was interested in singing since childhood and wanted to pursue a career in the singing industry. Along with his interest in the singing field, he also continued his studies. After receiving his early education at Kartarpur, he took admission to DAV School to pursue his high school education. He then earned his Bachelor of Arts degree from DAV College in Jalandhar. During his studies, he also continued to learn music from his father, who was his musical mentor.

His singing belonged to the Patiala Gharana. As a child, his music guru was his father and he was a disciple of Ustad Puran Shah Kothi. Let us tell about Ustad Puran Shah Kothi that his son is none other than Master Salim, the popular singer of Bollywood, who has gained fame by giving his voice to various songs of Bollywood. In 2012, Diljaan participated as a contestant in the India and Pakistan Singing Show Sur Kshetra. At that time, TV viewers got to see a tough fight between singers from India and Pakistan.

Bollywood singer Himesh Reshammiya guided all the singers who took part in this show from India and all the singers who participated in the show from Pakistan were performed under the captaincy of Pakistani singer Atif Aslam and coach Rustam Fateh Ali Khan. The show was hosted by Bollywood actress Ayesha Takia and the show was telecasted in India on Colors television channel and Sahara One channel. In our neighboring country Pakistan, the show was aired on Geo TV and Aag TV.

In the show, we got to see a tough fight between Indian singers and Pakistani singers. The show was also aired in Britain on the Rishtey TV channel. The show featured Punjabi singer Diljaan who was a member of Himesh’s team and made it to the top 5 finalists. There was something that happened in this show that also surprised the judges. Diljaan had to perform with his Pakistani contender Nabil Shaukat Ali and both singers performed very well. But it became difficult for the judges of the show to decide who to place fifth.

The judge of the show Asha Bhosle wanted Diljaan to be the fifth finalist while the other judge Abida Parveen wanted Pakistani singer Nabil to become the fifth finalist, apart from all this, Runa Laila, who was the neutral judge of the show, refused to give any decision. In the end, it was finally decided by the judges that both singers would be given a place in the finals and the show finals would have 6 finalists instead of 5 finalists.

The TV show between Indian singers and Pakistani singers was finally won by Pakistani singer Nabil Shaukat Ali and Diljaan became the runner-up in the show. The show earned Diljaan a lot of fame and he emerged as a shining star in the singing industry.

Punjabi singer Diljaan was an Indian singer who made his fans and followers crazy with the magic of his voice. He was one of the best Punjabi singers. Singer Diljaan also makes Veteran singer Asha Bhosle emotional with his musical voice. He also participated as a contestant in the Punjabi singing reality show Awaaz Punjab Di where he was the runner-up of the show. The show was aired on the MH1 channel. In his career, Diljaan has lent his voice to many more songs like Har Pal, Adha Pind, First Love, Yaaran Di Gal, and Shoon Karke.

He was also known for singing devotional songs and he came to Limelight with the song Sai Ke Diwane. Apart from this, he also released two albums in religious music in Punjabi. In 2021, another music video Song Tere Warge 2 is about to be released, which fans are eagerly waiting for. His music video will be released on 2 April 2021 on the US Beats YouTube channel. The promo of his song has already been released on the US Beats YouTube channel.

Punjabi singer Diljaan died tragically in a road accident on the night of 30 March 2021, causing a shock to his fans, followers, and family. According to his father Madan Mather, Diljaan’s new song was scheduled to be released on 2 April 2021 and he had gone to Amritsar for a meeting related to it. After finishing the meeting in Amritsar, he was returning late at night in his car Mahindra KUV. But in the middle of the road, his car crashed after being hit by a truck on the highway, in which he died tragically.

Diljaan’s had passed away just at the age of 31 Years. Talking about the physical appearance of his body, Diljaan’s height was 5 feet 8 inches, which is 173 cm. His bodyweight is 78 kg which is equal to 174 lbs. His eye color was black and his hair color was also black.

Singer Diljaan was born into a middle-class Punjabi family who believes in Sikh deities. Diljaan’s father’s name was Madan Madar Mutibak who was a disciple of Ustad Puran Shah Koti and his mother’s name is not known who is a Homemaker. Apart from his parents in his family, There is no detail available about his siblings. His marital status is married whose wife’s name is not known. And They have 2 years old daughter whose name is Suraya. Singer Diljaan’s family lived in Canada.

Singer Diljaan has a total Net worth that was not available but he has a private BMW Car.

Some Interesting Facts About Singer Diljaan:

Disclaimer: All images are available on the Diljaan official Instagram Account. Images can be taken from his official Instagram account for educational purposes. Image Credit goes to the respective owners of the Image Creator. We try to gather accurate data but sometimes there might be some mistakes, Kindly let us know if you find mistakes, We would correct them. We do not take any Guarantee/Claim That the information we have gathered is 100% correct.

This is the full details on Punjabi Singer Diljaan Biography, Age, Height, Father, Family, Wife, Death Cause & More. Share this post with your friends and keep visiting us on celebwale.com for famous personalities and trending people’s biography with updated details. If you have any thoughts, experiences, or suggestions regarding this post or our website. you can feel free to share your thought with us.