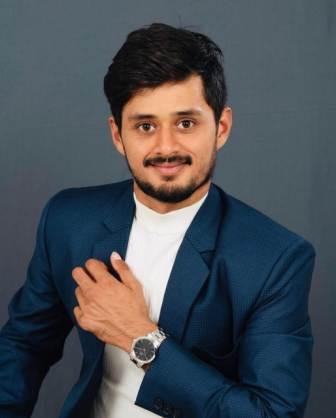 Priyank Panchal is an Indian cricketer best known for playing first-class cricket for the state of Gujarat. Recently he has been included in the Indian team as an opener for the Test series against South Africa. Priyank has been included in the squad in place of vice-captain Rohit Sharma, who has been ruled out of the series due to a hamstring injury. The journey of Priyank Panchal to Team India has not been easy. He has achieved this success after playing 100 matches in first-class cricket.

Prior to this, he was kept as a standby in the home Test series against England in January 2021. Priyank was born on 9 April 1990 in Ahmedabad, Gujarat. He completed his early studies at Sankalp International School in Ahmedabad. As a child, he was very good at studies and had no interest in cricket. Continuing his studies, he graduated from H.A. College of Commerce, Ahmedabad. Being a college-level cricketer of father Kiritbhai Panchal, it was he who inspired Priyank to play cricket.

Due to the efforts of his father, he was attracted towards cricket and after his death, Priyank started taking cricket seriously. His father’s dream was that his son should play cricket and bring laurels to the country as well as the state of Gujarat. Panchal first made his cricket debut for the Under-15s in the Pauli Umrigar Trophy held in the year 2003-04, in which he played 2 seasons. He then participated in the Under-17 of the Vijay Merchant Trophy held in 2005-06 and scored a century in the final match of the trophy.

He made his List A debut against Maharashtra on 27 February 2008, playing for Gujarat, where he scored 123 runs in 115 balls with the help of 17 fours and 1 six. Panchal made his first-class debut in the next season playing for Gujarat in a Ranji Trophy tournament against Saurashtra which his team won by a margin of one inning. He became the first player to score a triple century for Gujarat in November 2016 and also the first player to score more than 1000 runs for Gujarat in a single Ranji Trophy season. In this season, he scored 1310 runs in 17 innings of 10 matches.

He scored 542 runs in 7 matches for Gujarat in the Ranji Trophy held in the following year 2017-18. Panchal was named in the India Green squad for the 2018-19 Duleep Trophy. He was the top scorer for Gujarat in the 2018-19 Ranji Trophy season with a total of 898 runs in 9 matches played in the group stage. He was made the captain of the India Red team in the August 2019-20 Duleep Trophy. He was then included in India B’s squad for the 2019-20 Deoghar Trophy. Despite Priyank’s excellent performance in the first-class matches, he is still waiting to play for the Indian Cricket team and in the Indian Premier League (IPL).

Priyank Panchal’s age is 31 years in the year 2021. He is a tremendous opening batsman in first-class cricket in India. Priyank not only pays attention to his cricket, apart from this he also pays a lot of attention to his fitness. For a cricketer, his fitness is most important, which demands a high level of fitness for the game.

To maintain his fitness, he does 2 sessions daily in which he does yoga, pranayama, and meditation in the morning, and in the evening he does strength-building exercises in gym workouts. Being physically fit also makes them mentally healthy. How important it is for a cricketer to be physically fit can be gauged from the fact that any player who does not pass the fitness standard yoyo fitness test set by the BCCI does not get a place in the Team India cricket team.

Priyank Panchal’s height in feet is 5 feet 8 inches, which is 173 centimeters. His bodyweight is 62 kg and Panchal’s body measurement is 38-30-12. His eye color is Black and his hair color is also Black.

Priyank was born in a middle-class Hindu family. His entire family believes in Hinduism and worshiped Hindu Goddess. Priyank Panchal’s father’s name is Late Kiritbhai Panchal. His father was a college-level cricketer whose death was due to a heart attack. After passing the father, Priyank Panchal’s mother Dipti K Panchal supported him a lot. Her mother is a fashion designer.

In Priyank’s family, there is also a big sister, whose name is Brinda Panchal. After passing the father, her elder sister Brinda also supported his brother and helped him to fulfill their dreams. Priyank’s sister Brinda is an interior designer. If we talk about their marital status, he is unmarried. The news of Priyank’s affair is not present on the Internet media.

Talking about the total net worth of Priyank Panchal, their net worth is around ₹1 crore to ₹1.5 crores. Their main earnings are from playing cricket. He plays first-class cricket for the Gujarat state for which he gets fees from 10k to 30k per match. Apart from this, they get salaries separately from the Gujarat State Cricket Association every month.

Priyank Panchal has also been covered by Wikipedia on its page. Apart from this, he is also present on Twitter where he keeps sharing his thoughts through tweets with his more than 13k followers. In the table below, we have shared the links of all his social media profiles with you, by clicking on which you will be able to access his profile page directly.

Some Interesting Fact About Priyank Panchal:

This is the full details on Priyank Panchal Biography, Wiki, Age, Father, Family, Wife, Career, Stats, Batting, Net Worth & More. Share this post with your friends and keep visiting us on celebwale.com for famous personalities and trending people’s biography with updated details. If you have any thoughts, experiences, or suggestions regarding this post or our website. You can feel free to share your thought with us.