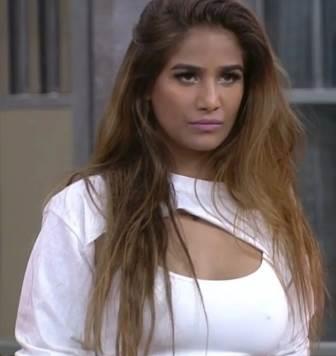 Poonam Pandey is an Indian model and actress who first came into the limelight for giving her nude statement. Sharing a post on Twitter, she said that if the Indian cricket team wins the 2011 World Cup, she will share her nude photos with all the users. This Controversial Actress Poonam was born on 11 March 1991 in Kanpur, Uttar Pradesh. After receiving her early education in Kanpur, she went to Delhi for higher studies.

She started her career in modeling, where she participated as a contestant in Gladrags Manhunt and Mega model Contest, where she was among the top 9 contestants. Apart from this, she also appeared on the cover photos of a fashion magazine. She started sharing photos in her semi-nude state on her social media pages, which soon made her headlines.

She first got media coverage when she promised that she would go nude if the Indian cricket team won the 2011 ICC World Cup. But even after the Indian team won the World Cup, he did not fulfill his promise after public disapproval. However, after this, she uploaded a video on her mobile app in which she was seen stripping naked.

In 2012, when Kolkata Knight Riders won IPL 5, he posed nude on his mobile app. Later, Google removed his app from the Google Play Store after finding sexual activity on his app. Now their mobile app is available only on their official website from where users can download their app. Apart from this, in 2013, Poonam started her film career and made her Bollywood debut with the movie Nasha.

Earlier she appeared in the role of Rita in a short movie named The Uncanny. Pandey has also performed in item songs in Kannada movie Love is Poison and Hindi movie Aa Gaya Hero. She has appeared in the Bhojpuri film Adalat released in 2014. Apart from this, she has so far worked in movies like GST: Galati Sirf Tumhari and The Journey of Karma.

Apart from films, Poonam has also worked in some television shows. She first appeared as a contestant on Colors TV’s television show Khatron Ke Khiladi 4 and then appeared as Jalebi Bai in serials Total Nadaniyaan and Pyaar Mohabbat Ssshhh.

Poonam has an old relationship with controversies. Poonam and her friends were arrested by the Mumbai Police for violating the lockdown. Despite the refusal to go out in lockdown, she went out for a walk with her friend in the car. Apart from this, she married her boyfriend Sam Bombay in September 2022.

It was only after about 10-12 days of marriage that the news came out that her husband thrashed her fiercely. Not only this, but she had also filed a police complaint against her husband, after which Sam Bombay was arrested. However, later the matter was settled.

Poonam Pandey’s age is 31 years in the year 2022. She constantly remains in the headlines with her nude poses. His fitness is very good and he is very attractive in appearance. She exercises for hours in the gym daily to maintain her fitness.

Pandey was born in an upper-middle-class Hindu Brahmin family. His entire family believes in Hinduism and worships Hindu deities. The names of Poonam’s parents are not known. Apart from his parents, there is a brother Nilesh Pandey and sister Shraddha Pandey in his house.

Talking about his marital status, he is married. Poonam married her boyfriend Sam Bombay on 1 September 2020 in Goa. Poonam Pandey’s husband’s name is Sam Bombay who is a film director and producer. They don’t have any children yet.

Talking about the total net worth of Poonam Pandey, her net worth is around ₹1 crore. In 2022, she is involved as a contestant in the lock Upp television show for which she is charging around ₹3 lakh per week.

Some Interesting Facts About Poonam Pandey:

Que. Why is Poonam Pandey controversial?

Ans. Poonam is always in controversy due to her statement and semi-nude & nude photos on social media.

Ans. Yes, the Poonam Pandey app is removed by Google due to sexual activity in her app. But, her app is available on her official website.

Que. What is Poonam Pandey famous for?

Ans. Poonam is famous for her controversies and nude activity on social media.

This is the full details on Poonam Pandey Husband, Biography, Age, Height, Family, Marriage, Net Worth & More. Share this post with your friends and keep visiting us on celebwale.com for famous personalities and trending people’s biography with updated details. If you have any thoughts, experiences, or suggestions regarding this post or our website. you can feel free to share your thought with us.