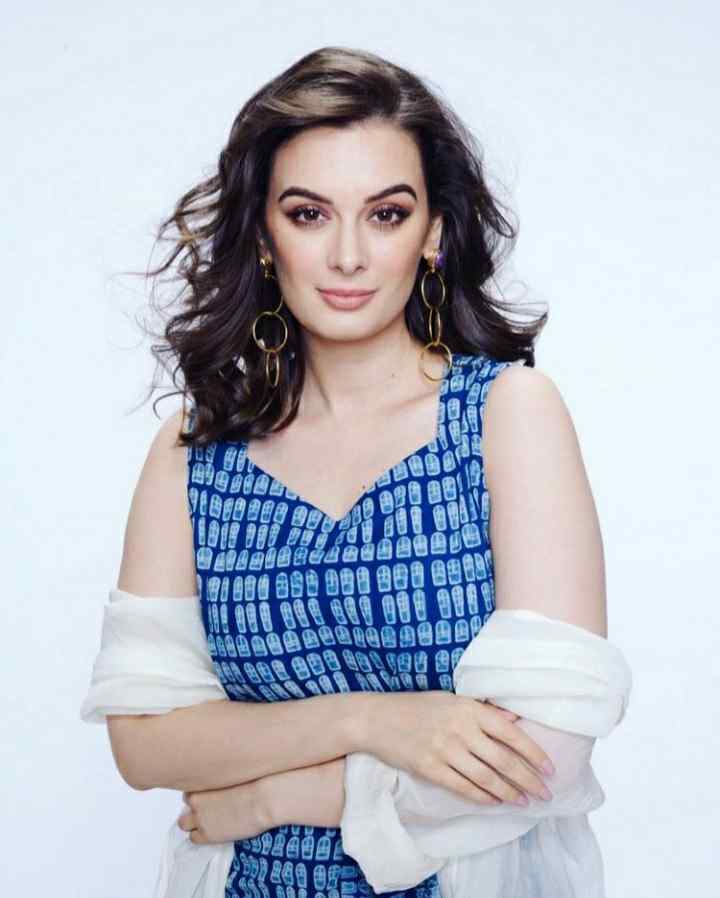 Evelyn Sharma was born on 12 July 1986 in Frankfurt, Hesse, Germany. Her full name is Evelyn Laxmi Sharma, after placing Lakshmi in the middle of her name, she reveals that her parents were finding it difficult to decide on a name.

Her parents wanted to name Evelyn after a goddess who was more simple and universal, so they put Lakshmi in the middle of her name. Let us tell you that Evelyn Sharma is a model and film actress who is mostly known for working in Bollywood films. His father was a Punjabi Hindu and her mother was a German.

Evelyn, who has an affinity for India because of her father, has been a Bollywood movie buff since the beginning. She never missed Shahrukh Khan’s movies among the Bollywood dubbed movies which were aired every Friday on German TV.

She started taking theater classes in her tenth standard due to her love for films from the beginning. Evelyn Sharma started her career with modeling. She loved modeling from her college days. During her studies, she started modeling for some cosmetics brands.

After completing her studies, she worked for various charity organizations in Europe. While working there, she was offered a modeling project, which she accepted. Through this modeling project, she got a chance to travel the world.

While she was working on various modeling projects in Europe and other countries, she was suggested to move to India. After this, she came to India where she worked in many TV commercials before working in films.

After that, she played the lead role of Sita Devi in ​​the film Nautanki Saala released in the following year 2013. Played the supporting character of Lara in the film Yeh Jawaani Hai Deewani released in the same year, which was well-received by the audience.

With this film, she made her mark in the Bollywood film industry. After this Evelyn has worked in some famous movies like Issaq, Yaariyan, Main Tera Hero, Kuch Kuch Locha Hai, Ishqedarriyaan, Jab Harry Met Sejal, and Bhaiaji Superhit.

She made her debut in Tollywood films with the film Saaho released in the year 2019. She played the character of Jennifer in this movie. She has worked in more than 15 films till now.

Evelyn Sharma is a 35 years old beautiful actress and model, who makes everyone crazy with her adorable looks. Her body is very fit and attractive. She has also given her bold looks in many films. A song from her movie Sunny Sunny was a big hit, in which she wore very few clothes.

To maintain her fitness, she exercises for hours in the gym daily, apart from this she also resorts to yoga and meditation. Evelyn also takes special care of her food, she is a vegan who likes to eat pure vegetarian food. Apart from this, she consumes fruit juice, so that her body can stay fit.

Evelyn was born in a middle-class Hindu German family, she hails from Germany, who has earned name fame in India by working in Bollywood films. Evelyn’s parents named her after Goddess Lakshmi. Her full name is Evelyn Lakshmi Sharma.

Talking about Evelyn’s marital status, she is married. She got engaged to her boyfriend Tushan Bhindi in the year 2019 itself, after which both of them spent quality time together. Evelyn and Tushaan tied the knot on May 2021 this year.

Tushan Bhindi is an Australian Dental Surgeon and businessman based in Australia. Let us tell you that Evelyn met Tushaan on a blind date in the year 2018. Now both of them are very happy to get married and are spending their time living together.

Talking about the total net worth of Evelyn Sharma, their net worth is around ₹12 crores to ₹15 crores. She charges up to ₹35 lakh to ₹50 lakhs for her role in a movie.

Apart from this, she earns a lot of money by doing commercial Television Ads and promoting various brands on her social media account. The main way of their earnings has to end up on films and commercials ads.

Talking about Evelyn’s favorite things, her favorite actors are Shah Rukh Khan and Salman Khan and her favorite actress is Madhuri Dixit. Her hobbies are acting, dancing, singing, yoga, and meditation.

After making her Bollywood debut, Evelyn worked in superhit films like Nautanki Saala, Yeh Jawani Hai Deewani, Issaq, Yaariyan, Main Tera Hero, Kuch Kuch Locha Hai, Ishqedarriyaan, Jab Herry Met Sejal, and Saaho. In the table below, we have given a list of all her movies, which you can read once.

Apart from this, Evelyn has also been covered by Wikipedia on its page. In the table below, we have shared with you the links of all their social media platforms, by clicking on which you will be able to access their profile page directly.

Some Interesting Fact About Evelyn Sharma:

This is the full details on Evelyn Sharma Biography, Wiki, Age, Height, Father, Family, Husband, Boyfriend, Wedding, Movie List, Networth & More. Share this post with your friends and keep visiting us on celebwale.com for famous personalities and trending people’s biography with updated details. If you have any thoughts, experiences, or suggestions regarding this post or our website. you can feel free to share your thought with us.