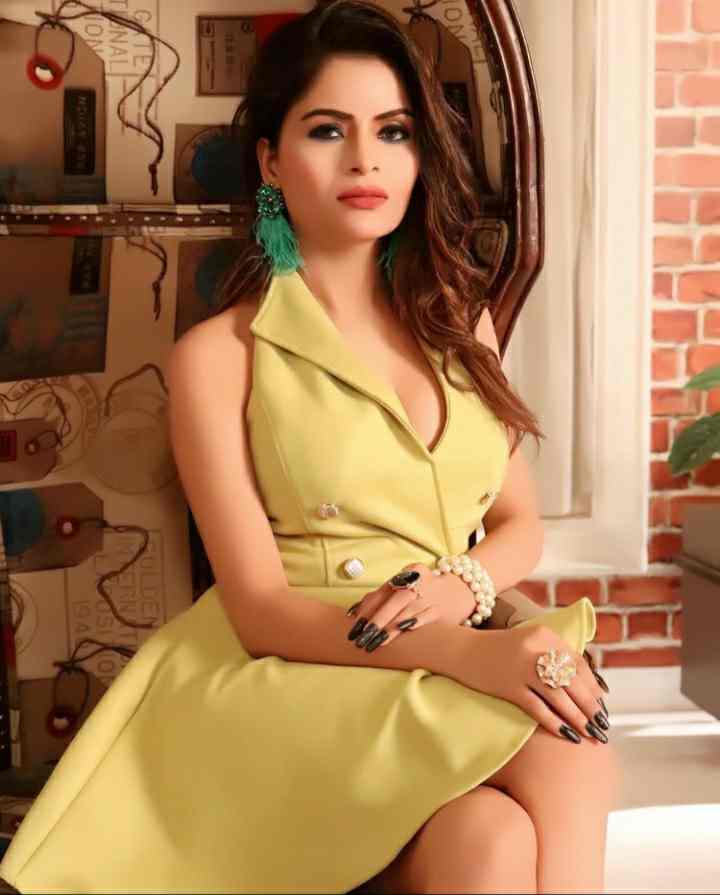 Being very good at studies, her dream was to become an IAS officer, she never thought that she would become a part of the film world. After completing her schooling with good marks, she took admission to All Saints College of Engineering, Bhopal to complete her engineering studies. From where she got her B.Tech degree in Computer Science and Engineering with good marks.

During her engineering studies, she got an offer to do an ad, at first she wondered how she could do a TV ad because she had no experience of working. But this is where her career started and she worked in Monte Carlo’s TV ad.

After this, when she was in Pune’s San Francis Engineering College to do her engineering training, the famous filmmaker Madhur Bhandarkar’s film Chandni’s writer Masood Mirza Sahab had made those offers based on Nanded’s prostitution. This film was a UTV production house film in which she was offered the lead role. It was an adult film in which a lot of abuse was used.

Vasisth then moved to Mumbai to do modeling where she worked in television ads for over 85 leading brands such as Philips Arena, Chevrolet Cruze Cars, Dreamstone Jewellery, Palak Sarees, and many more international brands. After working for several brands as a model, she won the Miss Asia Bikini crown through an online contest.

After starting her career with the Hindi film world, she established herself as an actress in Telugu cinema. She has played a leading role in several South films, one after the other, in Hindi and in many languages. Apart from this, Gehana has also worked in the TV industry. She started her television career by playing the role of an anchor on the Sahara One television channel.

Later she played the lead role in the Star Plus serial Behenein. She also appeared as a VJ on MTV’s show True Life. After this, she has worked in many adult series from Alt Balaji’s web series Gandi Baat Season 3. She has worked on more than 100 video albums and hit short films. She made a new record in the year 2018 by acting on the most number of projects.

In the year 2019, Gehana worked in about 19 to 20 web series which was a record, out of which her most popular web series Gandi Baat Season 3 and Ullu web series MeeToo. But according to him, her favorite character was Noori, which she played in the web series Andheri West. Gehana had also reviewed the Bollywood film Ek Ladki Ko Dekha Toh Aisa Laga, Uri, Thackeray on the YouTube channel of famous film critic Kamal R Khan KRK.

She had fainted due to the lack of water in her body during the shooting of his film on 24 November 2019. She had been working nonstop for almost 48 hours and was dependent only on energy drinks, a reaction to which she suffered a cardiac problem. She was referred for treatment to Raksha Multispecialty Hospital in Mumbai where doctors told her that

“Gehana Vasisth was shooting for nearly 48 hours without consuming proper nourishment. She has been admitted to the Intensive Care section and we are doing a series of tests on her. She is suffering from diabetes and her sugar is on the higher side, while her BP is very low. We were told she consumed some energy drinks and was also taking medication for diabetes and some other ailment. We are not sure if there was any reaction between what she consumed. We have to wait for the results of all the tests.”

Gehana Vasisth’s age is 29 years old in the year 2022, she is a well-known actress in adult films who maintains her body a lot. Her appearance is quite attractive and amazing. She is mainly known for her bold performance.

She has given very bold performances in web series like Gandi Baat and Meetoo. She takes special care of her body, to keep fit, she practices for hours in the gym every day. Apart from this, she keeps on taking a variety of nutritious food, so that her health can be maintained.

Gehana Vasisth’s height is 5 feet 5 inches, which is 167 cm. Her bodyweight is 55 kg and Vasisth’s body measurement is 32-26-32. Her eye color is brown and her hair color is Black.

Gehana Vasisth was born in a prosperous Hindu Brahmin family. Her entire family believes in Hinduism and also worships Hindu deities. Gehana herself worships Goddess Laxmi (Mata Lakshmi). Gehana Vasisth’s father’s name is Rajendra Tiwari and he is an education officer. Her mother’s name is Meena Tiwari, who is a housewife.

Apart from her parents, two brothers and a sister also live in Gehana’s house. The name of his two younger brothers is Vedant Tiwari and Sankalp Tiwari and her younger sister’s name is Namrata Tiwari. Talking about Gehana’s marital status, she is still unmarried. No news of their affair is present on the internet media yet.

Talking about the total net worth of Gehana Vasisth, her total earnings are around ₹15 crores. She charges about $10000 thousand i.e. up to ₹7 lakh for an episode. Apart from this, she earns a lot of money from TV ads.

Gehana Vasisth is both a film and TV actress. She started her TV career as an anchor on the Sahara TV channel, after that she also appeared in the Star Plus TV serial Behenein. She also worked as a VJ on the MTV show True Love. She has also worked as an anchor in the news channel News 24 where she covered the Cricket World Cup 2015. She has also worked in the Colors TV serial Udaan in which she played Keith’s wife. In the table below, we have given a list of all her TV serials, which you must read once.

After starting her career with the Bollywood film Film Duniya, Gehana played lead roles in several Telugu movies. He has worked in many Hindi, Telugu, and Tamil movies, some of which are named as follows.

Gehana Vasisth has a long history of controversies, she first came into the controversy when she did a photoshoot with the national flag in her bikini avatar, in which she was seen draping the national flag around her waist and body. She faced extreme criticism in July 2012. In the year 2017, she made inappropriate remarks against Bigg Boss contestants Arshi Khan and Priyank Sharma.

Gehana Vasisth’s account is present on all social media platforms where she keeps sharing her latest photos and very bold videos with her fans. She is also present on Instagram where there is a blue tick on her account. She is followed by around 900k followers on Instagram and the number of her posts is close to 3500.

She is also present on Facebook where she is followed by around 2.6 million followers, besides she is also present on Twitter, where she expresses her open views. She is followed on Twitter by more than 86k followers. Wikipedia has also given Gehana a place on its page. In the table below, we have shared with you the links of all their social media profiles, by clicking on which you will be able to access their profile page directly.

Some Interesting Fact About Gehana Vasisth:

Que: Who is Gehana Vasisth’s husband?

Ans: Gehana is single nowadays, she does not marriage. So, Her husband is not available.

Ans: Gehana was suffering from cardiac arrest due to nonstop working for 48 hours and take energy drinks during working.

Que: Is Gehana Vasisth out of jail?

Ans: Yes, current time Gehana is out of jail

Que: Why Gehana Vasisth is in jail?

This is the full details on Gehana Vasisth Age, Family, Husband, Biography, Net Worth & More. Share this post with your friends and keep visiting us on celebwale.com for famous personalities and trending people’s biography with updated details. If you have any thoughts, experiences, or suggestions regarding this post or our website. you can feel free to share your thought with us.