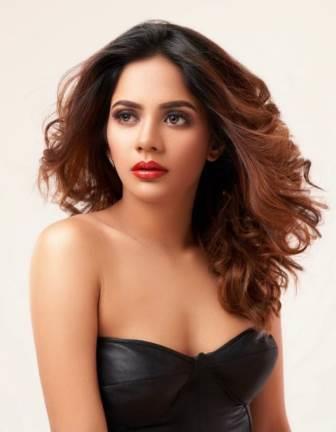 Aishwarya Dutta is an Indian actress who works in the Tamil film industry as an actress. She hails from Kolkata, West Bengal. She was born on 4 November 1994 in Bengal. She got her early education from there. She was fond of acting since childhood, due to which she started her acting career at the age of 15 by playing the role of Sameera in the Bengali short film Bouma.

The film was released on YouTube in 2009. After this, she appeared in the Hindi Bengali film Chalo Picnic Manaye released in 2014. To make a better career in films, she shifted from Bengal to Mumbai, where she worked in a few dance reality shows. Due to not getting a role in films in Mumbai, she soon turned to the Tamil industry. After this, she shifted to Chennai to find opportunities in the Tamil film industry.

Aishwarya participated in Vijay TV’s popular show Bigg Boss Tamil Season 2 as a contestant in 2018 where she was the first runner-up of the show. Apart from this, she has also appeared in Bigg Boss Jodigal in 2021, where she was the finalist of this dance reality show. Many of his upcoming movies are going to come in 2022, their names are as follows Kettavanu Per Edutha Nallavanda, Aleka, Kanni Theevu, Polladha, Ulagil Bayangara Game & Milir.

Aishwarya Dutta’s age is 27 years old in the year 2022. She is a bold actress of the Tamil industry, who constantly remains in the headlines for her photos and character. Fans of her physical beauty are crazy. To maintain her body, she does gym daily and dances for hours. She is a trained Bharatnatyam dancer.

Aishwarya Dutta was born in an upper-middle-class Hindu Bengali family. His entire family follows Hinduism and worships Hindu deities. Aishwarya Dutta’s father’s name is not known and her mother’s name is also not known. There is no information about her siblings on the internet. Apart from this, she is still unmarried.

Talking about the total net worth of Aishwarya Dutta, her net worth is around ₹5 crores. Her main source of earning is acting in films and TV shows. She charges around ₹2 lakh per episode. Apart from this, she charges around ₹30 lakh to ₹50 lakh for a film. Aishwarya also earns good money by advertising some brands.

Aishwarya’s account is present on all social media platforms except Facebook. She is present on Instagram where she is followed by more than 690k people and her number of posts is more than 200. Wikipedia has also covered Aishwarya Dutta on its page. Apart from this, she is also present on Twitter where she shares her thoughts through tweets with her more than 110k followers.

Some Interesting Fact About Aishwarya Dutta:

These are full details on Aishwarya Dutta Age, Family, Boyfriend, Biography, Net Worth & More. Share this post with your friends and keep visiting us on celebwale.com for famous personalities and trending people’s biography with updated details. If you have any thoughts, experiences, or suggestions regarding this post or our website. you can feel free to share your thought with us.