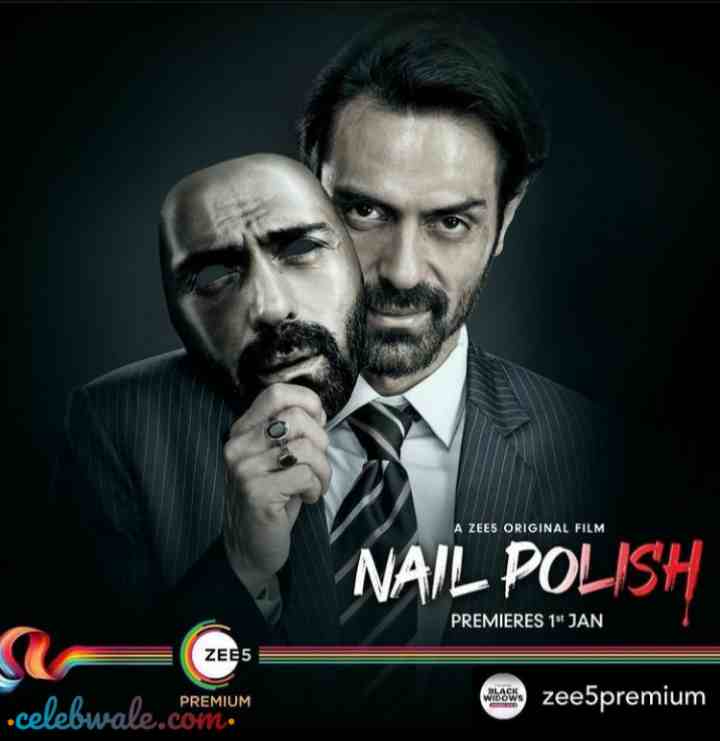 On January 1, Nailpolish will come out on Zee 5, directed by Bugs Bhargava Krishna. The film is an intense courtroom drama in which Arjun Rampal will appear as a lawyer and is seen in defense of the accused of killing 38 children.

The film stars Manav Kaul and Anand Tiwari in the lead roles. Arjun Rampal had told in an interview that he has taken inspiration from his uncle, who is a well-known lawyer, for his role in the film.

This film is directed and written by Bugs Bhargava Krishna. It is a thriller film. Along with Arjun Rampal; Manav Kaul, Anand Tiwari, and Rajit Kapur will be playing the lead role in the movie Nail Polish

This is the latest information on NailPolish Movie (Zee5) Review, Release Date, Trailer, Starcast, Crew & More. Share this post with your friends and keep visiting us on celebwale.com for famous personalities and trending people’s biography with updated details. If you have any thoughts, experiences, or suggestions regarding this post or our website. you can feel free to share your thought with us.