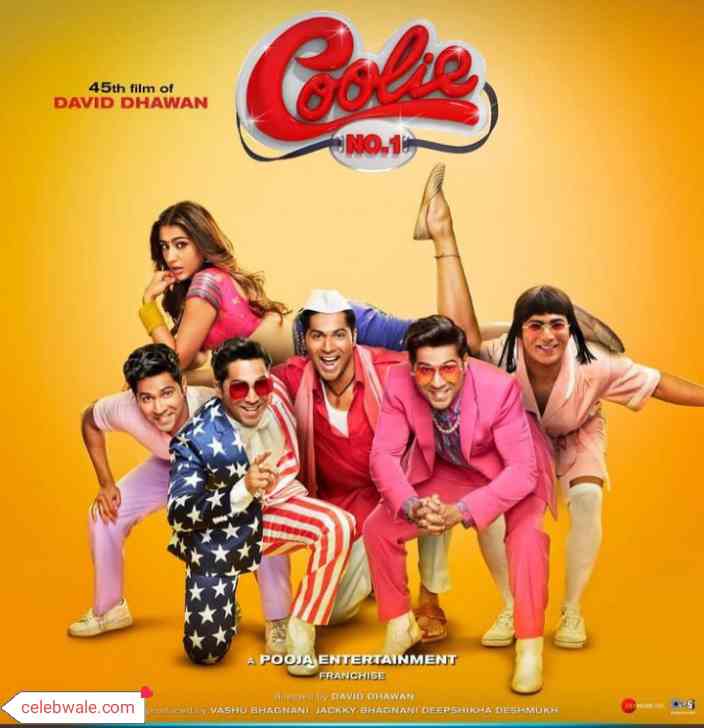 Coolie No.1  Movie is an upcoming Indian Hindi-language romantic comedy film which is directed by David Dhawan which will be released on 25 December 2020. This movie is a Hindi romantic comedy movie with UA certification that means you can watch it with your family also.

Coolie No.1 2020 Movie is a remake of the film from the 1995 film coolie no 1 which featured actors like Govinda, Karisma Kapoor, Shakti Kapoor, and Kader Khan in the lead roles. Coolie Number 1 which came in 1995 was also a remake of a Tamil film Chinna Mapillai which was released in 1993.

Earlier, the film was ready to be released in theaters on 1 May 2020 but due to the covid 19 pandemic. So, the film will be released on the OTT platform amazon prime video on 25 December 2020 on the occasion of Christmas. And the audience and their fans are also eagerly waiting for this film.

Shaadiram Ghadjode is once humiliated by Hoshiyaar Chandra who is Malati’s father. When Shadiram went to Hoshiyyar Chand’s house for his son’s wedding and he asked his daughter to marry his son. Then Hoshiyaaar Chand insulted him because he wanted to marry his daughters in the richest family.

Then Shaadiram Ghadjode decided to teach him a lesson and avenge his humiliation. Thus he meets a person named Raju who pretends to be a wealthy family in the village while in fact, he works as a Coolie at a station. Whereas, Shaadiram Ghadjode wants his daughter to get married to Coolie and become a part of the joke.

This is the latest information on Coolie No.1 2020 Movie Release Date, Trailer, Starcast. Roles, Story, Photos & Videos. Share this post with your friends and keep visiting us on celebwale.com for famous personalities and trending people’s biography with updated details. If you have any thoughts, experiences, or suggestions regarding this post or our website. you can feel free to share your thought with us.