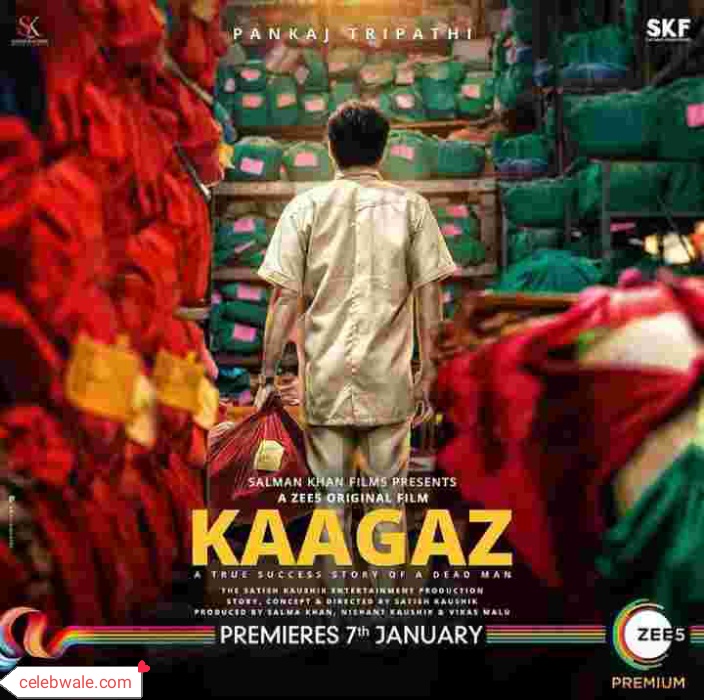 Kaagaz Movie is an upcoming Indian Hindi-language drama film written and directed by Satish Kaushik which will be released on 7 January 2021. This movie is a Hindi drama movie with UA certification which means you can watch it with your family also.

The Kaagaz film is based on an Indian biographical drama. The film is written and directed by Satish Kaushik and produced by Salman Khan. The lead cast in this film is Amar Upadhyay with the movie star Pankaj Tripathi and Monal Gajjar.

The story of this film is about a farmer named Lal Bihari from Uttar Pradesh who lives in a small village of Azamgarh. The film is based on a true story. In this film, the farmer who is fighting against the government has been declared dead in the government records.

This is the latest information on Kaagaz Movie Star Cast, Release Date, Story, Trailer, Wiki & More. Share this post with your friends and keep visiting us on celebwale.com for famous personalities and trending people’s biography with updated details. If you have any thoughts, experiences, or suggestions regarding this post or our website. you can feel free to share your thought with us.