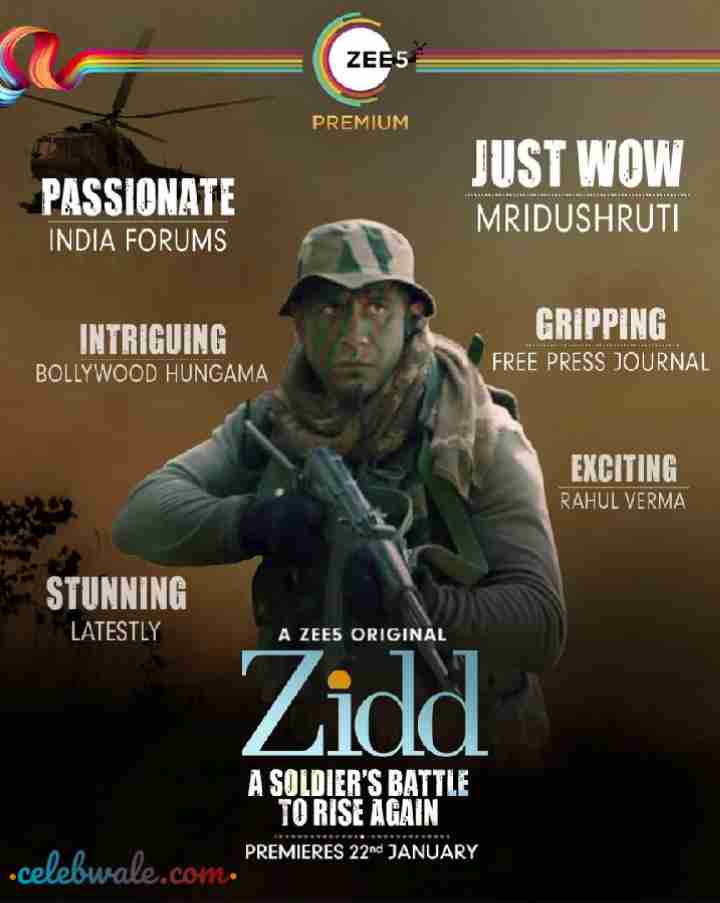 The web series ‘Jeet Ki Zidd’ is the story of Kargil war hero Major Dipendra Singh Sengar. In this series, Amit Sadh will be seen playing the character of Dipendra. Apart from Amit, the series also stars actress Amrita Puri and Sushant Singh in lead roles. Amrita will be portrayed as Dipendra’s wife Jaya while Sushant will be seen as Dipendra’s commanding officer. The series will be released on January 22, the week before Republic Day.

Although the story of the ‘Zidd’ series is of an army major, according to Amit Sadh, this series shows more than the story of a major, how people help each other in difficult times and move forward. In today’s time, Amit adds that the series’ story will inspire people going through mental problems not to give up and this is the best time to tell this story.

About his character in the web series ‘Jeet Ki Jid ‘, Amit Sadh says,’ I am not a hero of this series. The hero is the one whose character I am playing in this series. ‘ According to Amit Sadh, the web series ‘Zidd’ is actually told, not the story of one man, but of all those who lived in the life of Major Deepender Singh Sengar.

His wife Jaya, and his commanding officer Chaudhary Roop. Due to the insistence of both of them, Major Dipendra went ahead. We cannot do anything alone. This series will show what is the power of solidarity. Its director, writer, and all the staff have a full hand in making this series beautiful.

This is the latest information on Jeet Ki Zid (Zee5) Review, Release Date, Trailer, Starcast, Crew & More. Please share this post with your friends and keep visiting us on celebwale.com for famous personalities and trending people’s biography with updated details. If you have any thoughts, experiences, or suggestions regarding this post or our website. you can feel free to share your thought with us.