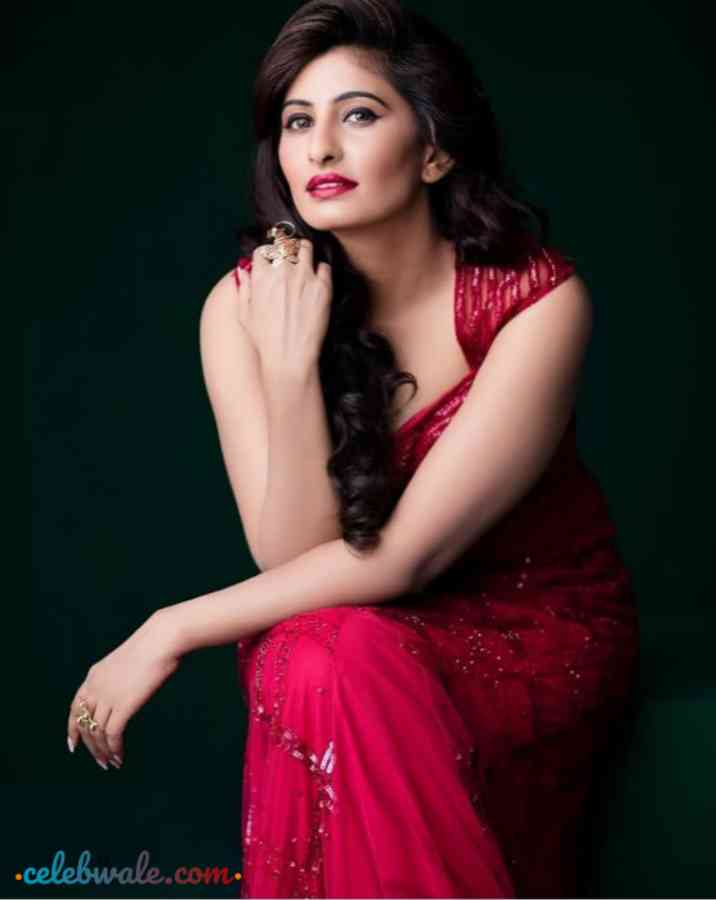 Poonam Shende was born on 28 January 1983. She was born in Aurangabad, Maharashtra, and grew up in Dhule, Maharashtra. She is a popular interior decorator, filmmaker, and Miss India Worldwide. Her childhood schooling was done in Pune and there she also learned an interior designing program from the International Institute of Fashion Design, Pune. After learning, she ventured into the interior design industry and according to him, she designed property of 0.3 million square feet in the last seven years. She made a name for herself in the field of interior designing and established herself in that field.

Along with being an interior designer, she loved the film world, and she initially wanted to go into this industry because the film is her second dream for her. After this, Poonam could not keep herself away from films for a long time and thought of investing in Marathi films. She also opened a production company known as Saarrthi Entertainment to stay connected with films. While pursuing her second dream of making a film, she made several Marathi movie productions which proved to be a hit.

Poonam’s second dream was to work in films. For this, she invested in films and when she read the script of her first Marathi film Matter, she immediately agreed to invest in that film, Jitendra Joshi and Rajesh Shringarure played the lead role in the film Matter. Then, she produced the Marathi film Janude Na Balasaheb in association with famous music composer Ajay Atul.

The film was a box office success and got positive comments from the film critics. Poonam has also produced Marathi films like Bus Stop, Pindadan, and Swami Public Limited. Along with producing films, she has also acted in some films like Bus Stop, Bhir Bhir. Poonam has also worked in many advertisements in 2021. After working in the Web Series Nail Polish, Poonam gained much fame.

Nailpolish is a Hindi film that will feature some famous actors like Arjun Rampal, Manav Kaul, and Anand Tiwari in the lead roles. The film is directed by Bhargava Krishna, the film will be released on January 1 on Zee TV’s OTT platform. Poonam said that she enjoyed working with Arjun Rampal and Manav Kaul and is a very humble artist. After this, Poonam Shende revealed about her upcoming films, she said that she will be seen in a Marathi film Aani Saha Patra. In this film, she will be seen in the lead role which will be seen in role of Inspector Neeta Walvekar.

Talking about the achievement and award of Poonam Shende, she won the title of Mrs. India Worldwide 2016-17 award was given by Bollywood legend actress Zeenat Aman. she also received Lokmat media’s Icons of Women – Pune award from Jaya Bachchan who is one of the most powerful & influential women in India.

Poonam Shende’s age is 39 years in 2022 and she is looking just like a young beautiful model hot actress with an attractive personality. She has a perfectly shaped body figure with an attractive look. She strictly follows her diet rule to keep herself fit and fine and healthy and does hard work to maintain her body figure.

Poonam Shende’s height in feet is 5′ 6” feet, which is 168 cm, and her weight is around 59 kg or 130 lbs. Her body measurement is 34-27-35. Her eye color is black and her hair color is black which makes a more attractive look rather than others.

Poonam Shende had a childhood education in Pune, Maharashtra but the name of her school has not been known. She has also done her college education in Instrumentation Engineering from the college Cummins College of Engineering For Women, Pune, and has also done an Interior Designing course from the International Institute of Fashion Design in Pune.

Poonam Shende’s second dream was to work in films, which is why she started producing Marathi films to stay connected with films. For this, she also opened a company called Saarrthi Entertainment. Poonam invested in her first Marathi film Matter and also produced the movie through her company. In the film Matter played the lead roles by Jitendra Joshi and Rajesh Shringarpure. She then produced films like Swami Public Limited, Pindadan, and Jaundya Na Balasaheb. Shende started her acting career with the Marathi film Bus Stop.

In the year 2021, she will also be seen in the Hindi movie Nail Polish directed by Bhargava Krishna, starring Arjun Rampal, Manav Kaul, and Anand Tiwari in the lead roles. In an interview she has also revealed about her next Marathi film, she said that she will be seen in the lead role of an inspector in the Marathi film Aani Saha Patra. Here is the list of Poonam Shende Movies below.

There is no accurate data available on Poonam Shende Source of income and her Networth.

Poonam Shende has more than 51k followers on her Instagram account where she keeps sharing her latest photos with fans. Poonam Shende is available on Twitter which has nearly about 1k followers. Shende has an official website of him. In the below table we have given all the contact and social media details of Poonam Shende.

Some Interesting Facts About Poonam Shende:

This is the full details on Poonam Shende Biography, Age, Height, Husband, family, Net Worth & More. Share this post with your friends and keep visiting us on celebwale.com for famous personalities and trending people’s biography with updated details. If you have any thoughts, experiences, or suggestions regarding this post or our website. you can feel free to share your thought with us.