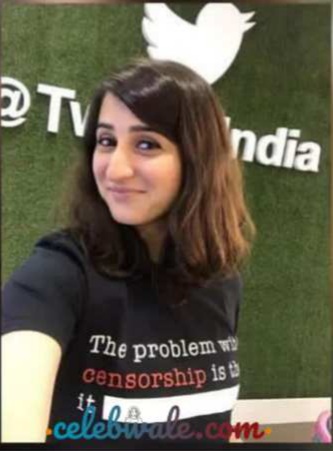 Mahima Kaul was born on 4 July 1983 in Andaman Nicobar, she is currently the Public Policy Director of Twitter India. Mahima had her early education in Andaman Nicobar. Being in the government sector, his father shifted to Dehradun, Uttarakhand, from where she completed his high school and intermediate. Mahima was a very talented student who used to participate in every activity and quiz competition in the school. She also won several awards during this period.

Mahima Kaul was the Public Policy head of Twitter India who resigned from her post in February. As soon as she resigned as the director of Twitter India, she came into trending and people started speculating differently. Following her resignation from Twitter, she told that she wants to give more time to her family, so she has resigned but she will remain in this post till March 2021 only after that she will be able to step down.

Prior to joining Twitter, Mahima Kaul was the head of the Cyber ​​& Media initiative at Delhi-based Observer Research Foundation (ORF). Where she used to write on cyber and media issues. In ORF, she wrote articles on a number of international issues that have been published. Mahima elaborates on her work at ORF on her LinkedIn profile. She Writes

I lead cyber and new media initiative at ORF, and am on the Steering Committee for Cyfy. I also write on cyber/media issues.

ORF hosted the “CyFy: The India Conference on Cyber Security and Internet Governance” in 2013 and 2014, and is gearing up for 2015. It has now become India’s biggest internet public policy platform. The two-day conference captures the perspectives of over 250 international experts, parliamentarians, academics, industry leaders, media practitioners and representatives of the civil society from over 12 countries. From India, Minister of Information Technology + Communication and Deputy National Security Advisor participate, among others.

During my time at ORF, the cyber initiative has forged partnerships with UKTI, Kingdom of Netherlands, the United Kingdom; FICCI, Microsoft, BAE Systems, Raytheon, BSE, NIXI; The Hague Institute for Global Justice, Center for Internet and Society, Twitter, East West Institute, World Economic Forum and Global Futures Forum, among many others.

ORF also hosts seminars, workshops and roundtables on specific aspects within the cyber and new media space with international experts. ORF publishes a monthly “Cyber Monitor”, of which I am editor, that tracks global governance and security debates along with analysis on cyber issues from cyber experts and the ORF faculty.

My most recent publications include an ORF Issue Brief, “Global Internet Governance: India’s Search for a New Paradigm” and an essay titled “State Responsibility in the Cyber Commons: Deepening the India-US Relationship” in an ORF-Heritage report: Indo-US Cooperation on Internet Governance and Cybersecurity’. I contribute regularly to Index on Censorship, a UK magazine, on issues of internet freedom in India. She is Member, India Project Advisory Committee Member for Association for Progressive Communications (APC) and the European Union’s project “Advancing Internet Freedoms” which looks at internet freedom in India, Pakistan and Malaysia.

The marital status Mahima Kaul is married, they also have a 1-year-old girl whom she loves dearly. She keeps sharing photos of her baby girl on social media.

Mahima Kaul’s age is 38 years old in 2021 and she belongs to Andaman Nicobar, which now lives in New Delhi. She keeps herself extremely fit for which she keeps doing gym and yoga. She takes daily workouts and nappy food, which makes her look very good even at this age. Mahima Kaul’s height is 5 feet 7 inches, which is 173 centimeters. Her body weight is 57 kg. Mahima’s body measurement is 34-27-34 and her eyes and hair color are black.

Mahima Kaul was born into a prosperous Hindu family, who believes in Hindu beliefs and worships Lord Shri Ganesha. Mahima Kaul’s father’s name could not be known but his father was working in the government sector, which was posted in different cities of India because of his job. She was in Andaman and Nicobar at the time of Mahima’s birth, after which he moved with his family to Dehradun, Uttarakhand. Mahima Kaul’s mother’s name is not known. Mahima’s husband’s name is Akshay Bawa, and both of them also have a one-year-old daughter named Meera. She met with Akshay Bawa for the first time in January 2007.\

Talking about Mahima Kaul’s educational qualifications, she received her early schooling in Andaman and Nicobar. Her father then transferred to Dehradun where Mahima Kaul completed her high school and intermediate education in ICSE Board from Welham Girls School Dehradun. She then moved to Delhi for her graduation where she did her BA in History from St. Stephens College from 2001 to 2002. She then moved to Canada in 2002 to pursue further studies where Mahima did her BA in Political Science and History from McGill University, Canada again from 2002 to 2005.

At McGill University, she participated in many activities where she was an executive of the McGill International Students Network, then on the editorial board of the History Society Journal. She was also the state manager of Vezina Monologues. After pursuing a BA degree in Canada, Manisha moved to London where she obtained an MA post-graduation degree in Communication Policy from the University of Westminster, London from 2005 to 2006. In this college, Mahima was also a Class Representative of Communication Policy and Global Media.

The net worth and salary of Mahima Kaul are not available.

Mahima Kaul’s account is available on Instagram, Linked In, and Twitter where she keeps sharing her photos and videos on Instagram, and on Twitter, she shares her thoughts with her followers. Mahima Kaul keeps sharing and liking articles related to her work and job on her LinkedIn profile. Mahima’s Instagram account is private, she does not like to share her personal things publicly. Below we have given the links of all their accounts in the table, you will be able to access their profile directly by clicking on that link. Mahima Kaul’s email is not available.

Mahima Kaul, Public Policy Director (India and South Asia) of Twitter India, has resigned from her post. Though Mahima Kaul has said that she is resigning because of personal reasons, but the recent Twitter confrontation with the govt is additionally being linked to Mahima’s resignation. Last week, the govt had sought a solution from Twitter for breaking the principles and by the top of the week, Mahima resigned.\

Why Is Mahima in the Circle of Question?

Last week, the Indian government ordered Twitter to block 250 accounts that were running the farmer’s massacre hashtag in protest against the Prime Minister, but many of those accounts became active within 24 hours of being blocked, after which information on Twitter Allegations of violation of section 69 (a) of the Technology Act and therefore the government issued notice. Last week on Wednesday, the govt issued a notice to Twitter, and on Sunday Mahima resigned.

You will remember when in November last year, the Twitter handle of Home Minister Amit Shah was blocked for a few times, after which the officials of Twitter were asked in the Parliamentary board meeting in January, for what reasons the Union Home Minister’s account was blocked.

1178 Demand for Removal of Pak-Khalistan Accounts:

The central government has asked Twitter to get rid of 1,178 Pakistani-Khalistani accounts that spread misinformation and inflammatory material about farmers’ protests. Twitter has not yet fully followed orders.

Some Interesting Facts About Mahima Kaul:

Disclaimer; All images are available on the Mahima Kaul official Twitter Account. Images can be taken from her official Twitter account for educational purposes. Image Credit goes to the respective owners of the Image Creator.

This is the full details on Mahima Kaul Biography, Age, Height, Education, Husband, Family, Salary & More. Share this post with your friends and keep visiting us on celebwale.com for famous personalities and trending people’s biography with updated details. If you have any thoughts, experiences, or suggestions regarding this post or our website. you can feel free to share your thought with us.