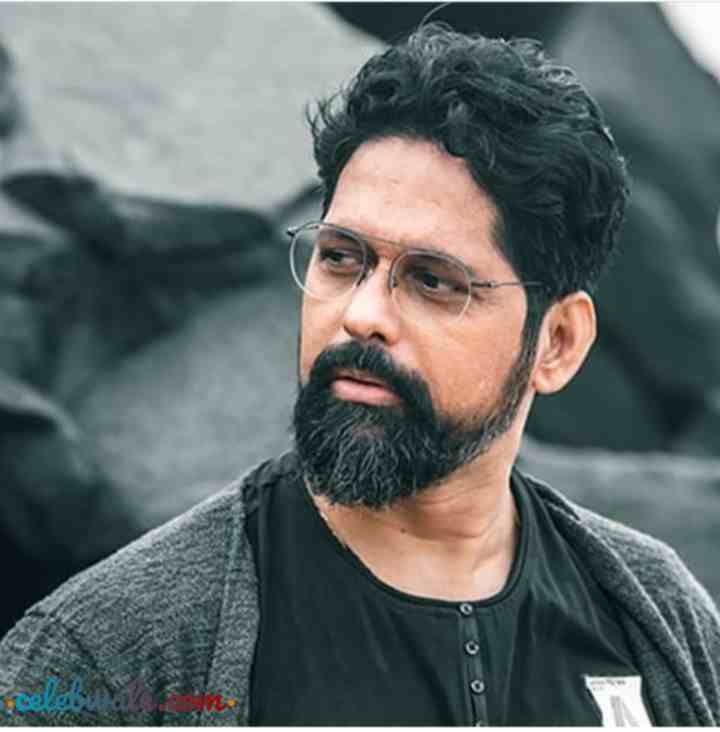 Rajesh Shringarpure was born on 29 October 1977 in Mumbai, Maharashtra. Since childhood, Rajesh wanted to become an Airforce pilot but wrote acting in his luck. He also qualified for the selection procedure for Airforce Pilot but he did not clear the final round of the selection process.

So, After his rejection from the Air Force, he decided to follow his second passion Acting. He is an excellent actor who has distinguished himself by his strong acting on the small screen and the big screen. Rajesh has worked in many Hindi films and Marathi films, he has also worked in many serials in his life.

Rajesh Shringarpure started his film career with the Hindi film Paramveer Chakra which was released in the year 1995. In this movie, he played the role of an army officer who was liked by the people.

Rajesh made his TV career debut with Sahib Biwi Aur Gulam, aired on Sahara One, which was telecast in the year 2004. Rajesh Shringarpure impressed everyone with his strong negative acting in the film Sarkar Raj, and he is mostly known for the role in this film.

He played an important role in the film Murder 3, which earned him much acclaim. He is also known for his flamboyant look. He played the role of Seleucus I Nicator in the Hindi TV serial Chandragupta Maurya telecast in the year 2011.

Apart from working in the TV and film world, she also participated in the 2018 Colors Marathi show Bigg Boss Marathi Season 1. From where the news started coming that his closeness with Bigg Boss Marathi contestant Resham Tipnis has increased. Later this news became a rumor.

Rajesh Shringarpure is the lead actor in Hindi films and Marathi TV films, who has impressed everyone with his acting. Shringarpure made his TV debut with Raveena Tandon and Ayub Khan in the serial Sahib Biwi Aur Gulam on Sahara One.

After this, he worked in many serials, out of which the serial Saarrthi which aired on Star Plus became quite popular. He played Lord Shri Krishna in the serial Saarrthi, which gave him a distinct identity and won everyone’s heart with his acting.

Rajesh also participated in Bhartiya Parade, he has also been the Commander of the All India Parade on Rajpath. Shringarpure got popularity from movies like Zenda and Swarajya Marathi Paul Padate Pudhe. Rajesh has worked in the Bollywood industry and Marathi movie industry, but he has worked in some Hollywood films also.

In the 2012 John Stockwell-directed film Team Six: The Raid on Osama bin Laden, Rajesh played the lead role of Wasim, an agent of the Central Intelligence Agency, which recently premiered before the US presidential election. Recently Shringarpure completed the shooting of another Hollywood movie called Gandhi of the Month. In this movie, he has worked with American actor Harvey Keitel.

Rajesh has done so many serials and films some of the serials are Encounter Anamika, Bhagyavidhata, and Saptapadi, and many more, Films are Ek Thi Rani Aisi Bhi, Shortcut Romeo, Guru Dakshina, Direct Ishq, Daddy, Murder 3, Sarkar Raj and many more.

Apart from the movie, Rajesh Shringarpure is going to be seen in the Sony TV serial Punyashlok Ahilyabai, a promo launched by Sony TV. In the promos of the show itself, we get to see his strong acting. In this serial, he will be seen in the role of Ahilyabai’s father-in-law, which is going to be aired on Sony TV from 4 January 2021 from Mon to Fri at 7:30 pm.

Rajesh Shringarpure’s age is 44 years old in the year 2022. He looks extremely attractive with his body, his personality is also good, he pays a lot of attention to his body. He keeps himself fit and fine by spending daily regular time in the gym and taking a strict healthy diet.

Rajesh Shringarpure’s height is 5 feet 10 inches i.e. 178 centimeters. His bodyweight is 76 kg, which keeps reducing and increasing his weight to fit his role. Shringarpure has a body measurement of 41-33-13. Rajesh’s eyes are black and their hair is also black.

Talking about Rajesh’s favorite things, he likes reading books, mountaineering, trekking, scuba diving, and cycling. His favorite book is named The Past. Shringarpure is fond of playing cricket. Being a cricket lover, he is also the opening batsman of Riteish Deshmukh’s team Veer Marathi in the Celebrity Cricket League (CCL).

Rajesh is also very fond of traveling, his favorite places are Goa, Thailand, Malaysia, and Paris. His favorite athlete is Ivan Danev. Below we have given a list of all their favorite things in the table, you can see if you want.

Rajesh Shringarpure has acted in many TV serials. He made his TV debut in the year 2004 serial Sahib Biwi Aur Gulam on Sahara One, in which he appeared alongside Raveena Tandon and Ayub Khan.

After this show, he became famous in the TV world by playing the role of Lord Shri Krishna in the Star Plus serial Saarrthi which aired in the year 2004 itself.

Rajesh continued to work in serials even after serial Saarrthi and worked in many serials like Encounter Anamika, and Bhagyavidhata.

In the year 2020, he will be seen in the role of Ahilyabai’s father-in-law in the Sony TV serial Punyashlok Ahilyabai.

The serial will be broadcast every evening from 04 January 2021, Monday to Friday. In the table below, we have tried to give the names of all the serials in which he has worked.

Rajesh Shringarpure has worked in many Bollywood, Marathi, and Hollywood films. He started his career in film. The 1995 Hindi film Param Veer Chakra was the first film in Rajesh’s career. In 2008, he got recognition for Ram Gopal Varma’s film Sarkar Raj and his acting was well appreciated by the critics.

Then he played an important character in the Hindi film Murder 3. With his acting, Rajesh Shringarpure impressed the people so much that he got an opportunity to show his acting even in Hollywood.

In Hollywood, he got an opportunity to play Wasim, a Central Intelligence Agency (CIA) agent, in the John Stockwell-directed film Steel Team Six: The Raid on Osama bin Laden.

He then worked with American actor Harvey Keitel in the film Gandhi of the Month. Below we have been in the list of all his movies, in which he has worked so far, you can check if you want.

Because of playing 12 versatile roles in one film his name was recorded in the Limca Book. Rajesh was nominated for the Best Villain for Stardust Awards for the film Sarkar Raj. Shringarpure received the title of Best Supporting Actor at the 11th Dadasaheb Phalke Golden Camera Award 2019.

Rajesh Shringarpure has more than 10.5k followers on his Instagram account where he keeps sharing his latest photos with fans.

It is difficult to identify Shringarpure’s Twitter account because there are so many fan-made accounts on his name on Twitter. Rajesh Shringarpure is also covered by Wikipedia, below we are giving links to all his social media accounts, you can follow them if you want.

Some Interesting Facts About Rajesh Shringarpure:

This is the full details on Rajesh Shringarpure Biography, Age, Wife, Family, Daughter, Net Worth & More. Share this post with your friends and keep visiting us on celebwale.com for famous personalities and trending people’s biography with updated details. If you have any thoughts, experiences, or suggestions regarding this post or our website. you can feel free to share your thought with us.