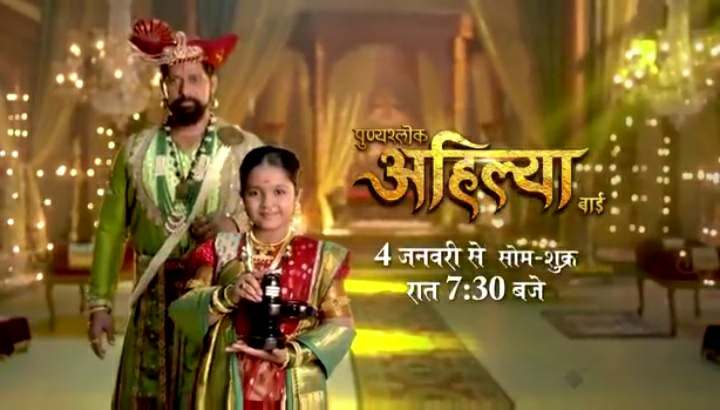 The historical show Punyashlok Ahilyabai is going to start on 04 January 2021 on Sony TV. This show is a period drama of the 17th century, based on the extraordinary life of an ordinary girl Ahilyabai Holkar.

She, with the support of his father-in-law Malhar Rao, Ahilyabai bypassed all the rules made in the Purushwadi society, due to which the women were deprived of their rights.

He set an example by his positive contribution to society, which became great by his actions, and earned the title of Matoshree.

The saga of Ahilyabai Holkar’s bravery will be shown first on TV. The show stars Famous Child Actress Aditi Jalatare who will be playing the role of Ahilyabai and will be seen in the famous TV industry star Rajesh Sringarpure as Ahilyabai’s father-in-law Malhar Rao Holkar.

The show will portray a special relationship between Ahilya and Malhar Rao, in which they not only overhauled all the rules but also redefined them with their unique partnership.

To know more about the Ahilyabai Holkar don’t forget to watch “Punyashlok Ahilyabai” which starts on 04 January 2021 and the total number of episodes not revealed.

Star Cast And Their Role In Punyashlok Ahilyabai Serial:

This is the full details on Punyashlok Ahilyabai Serial Cast, Sony TV New Show, Telecast Time, Episodes & More. Share this post with your friends and keep visiting us on celebwale.com for such an entertaining post. If you have any thoughts, experiences, or suggestions regarding this post or our website. you can feel free to share your thought with us.