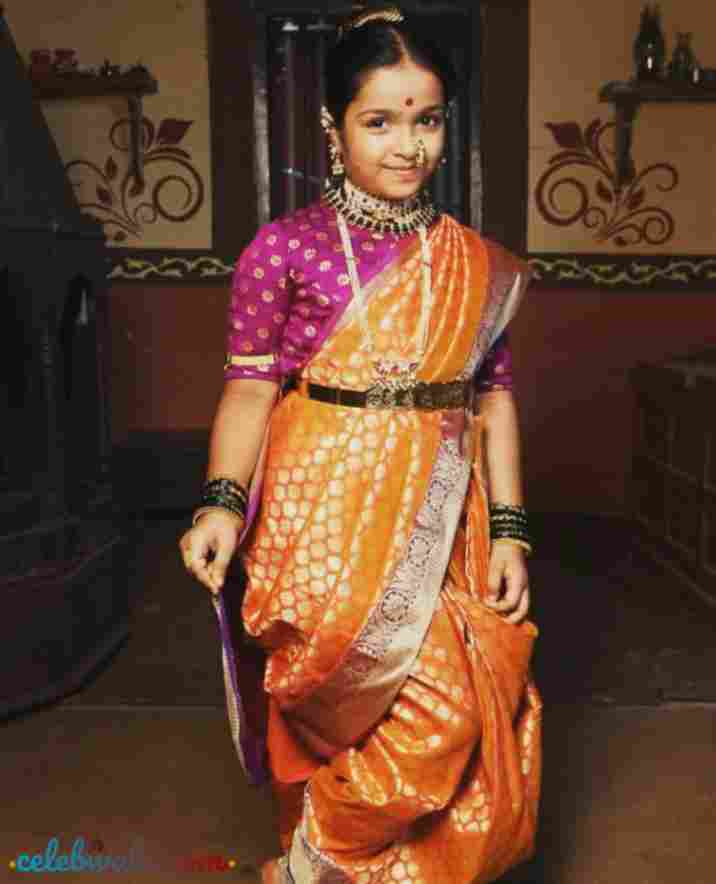 Aditi Jaltare was born on 2 September 2010 in Nagpur, Maharashtra. Aditi is an Indian child artist who made her TV debut in the year 2017 with the show Sabse Bada Kalakaar as a contestant which aired on Sony Tv. Jaltare has also worked in a number of print media shoots, ads, and commercial ads. She is also completing her studies despite working in TV.

Aditi is a very young artist, so many of her details are yet to be revealed. Aditi is fond of dancing, she attends her school’s extracurricular activity, she got her first break in TV from Sony TV show Sabse Bada Kalakaar, where she participated as a Contestant. In the same year 2017, Aditi got a chance to do a small cameo in Mere Sai.

In the year 2018, she played the role in the Hindi serial Roop Mard Ka Naya Swaroop and she got the attention of the serial maker and made a mark in the TV industry by playing the top role in the 2019 Marathi serial Sindhu. The serial aired on Marathi TV.

Aditi Jaltare is just 11 years old. At such a young age, she has made a prominent place in TV serials with her acting. She had also appeared in the advertisement of Swachh Bharat Mission along with the Bollywood actor Amitabh Bachchan. Aditi is playing the lead character of Ahilyabai in Punyashlok Ahilyabai Serial, aired on Sony TV in the year 2021.

It is a matter of pride to get the lead character of a serial like Ahilyabai at such a young age. Her strong acting is clearly seen in the promo released by Sony TV. She is definitely going to get praise from this serial. The telecast of the serial Punyashlok Ahilyabai is going to be on the Sony TV channel from January 4, 2021, Monday to Friday at 7:30 pm.

Aditi Jaltare’s age is just 11 years and belongs to Nagpur, Maharashtra, India. Talking about her physical appearance, she looks very cute. She is a minor girl. Aditi Jaltare’s height is 3 feet 6 inches, which is 110 cm. She is still very young, so her weight is only 34 kg. Her black eyes and black hair add beauty to her beauty.

Talking about Aditi’s family, Aditi’s mother lives in her family, whose name Janhvi Jaltare. Aditi’s father’s name Ketan Jaltare, who is a project head at the KEC International Limited. Aditi has one younger brother whose name is Advait Jaltare (Younger). Aditi loves her very much.

There is no information available related to her schooling education. If we will find any detail related to her educational qualification then we will update here soon as much as possible.

We have not been able to know about Aditi’s favorite things list. Her favorite things have not yet been revealed in an interview nor is there any information available on the public platform. We are giving you a list of some favorite things through the table, you can see.

Aditi Jaltare has an account on Instagram and Facebook, but very few people know about it, due to which fans are not able to connect with them. But today we are giving you the links of all their social media accounts in the table below. By clicking on that link directly, you will reach their social media page and you can follow them if you want.

Some Interesting Fact About Aditi Jalatare:

This is the full details on Aditi Jaltare Wikipedia, Bio, Age, Family, Serials, Movies, Net Worth & More. Share this post with your friends and keep visiting us on celebwale.com for famous personalities and trending people’s biography with updated details. If you have any thoughts, experiences, or suggestions regarding this post or our website. you can feel free to share your thought with us.