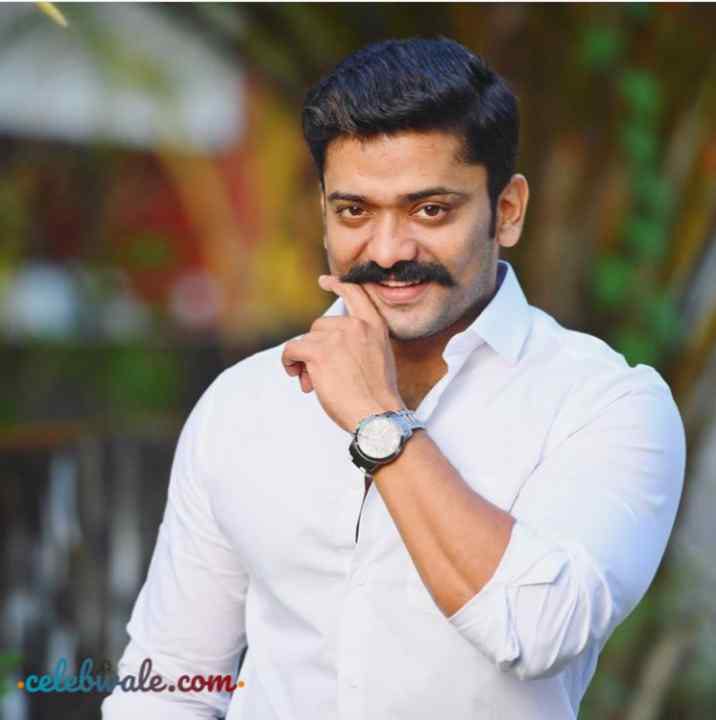 Manikuttan was born on 2 March 1986 in Trivandrum, Kerala, India. His original name or real name is Thomas James and he is known by his stage name Manikuttan. He received his early education in Trivandrum. He then completed his high school and intermediate education at St. Mary’s Higher Secondary School. He was obsessed with acting since his school days. He also participated in a number of dramas and competition shows at the school.

After completing his intermediate, he did his graduation from the college in Thiruvananthapuram. His father also supported him due to his interest in acting from the beginning. He made his film debut in the film Varnachirakukal released in 1999 as a child artist. After this, when he was studying for his graduation from Mahatma Gandhi College, Trivandrum in the year 2004, then a Malayalam film Oru Peelekanenta Oormakke was shot in his college, in which he played the main character.

Manikuttan played the lead role in the Malayalam serial KayamKulam Kochunni, which aired on the Surya TV channel. He gained a lot of fame with this TV serial and the role he played was highly praised by the TV audience. Along with this, his role was also praised by critics. Manikuttan started his film career by playing the character of Ramesh in the film Boyfriend released in 2005. In 2006, he released two films in which he acted in the lead role. Nandu in the film Bada Dosth played the role of Parthasarathy in Kalabham.

Manikuttan is the lead actor in Indian films who is primarily known for working in the Malayali film industry and television industry. She has also acted in a few Malayalam TV serials besides films. He played the lead roles in the telecasted serial Kayamkulam Kochunni in 2004, Black and White in 2016, and Devi Mahatmayam in 2017. Apart from this he also hosted TV shows like Super Jodi and Rani Maharani, which aired on Surya TV.

He is mainly known for the role of Ali, which he played in the film Thrissur Pooram released in 2019. In the film Kammara Sambhavam released in the year 2018, he made a special place in the heart of the audience with his role in Rajasekhara Varma. In the year 2021, he participated in Asianet Channel’s most talked-about show Bigg Boss Malayalam Season 3 as a contestant. On the show, he recounted his childhood memories of one of his closest friends, Rinoj, who died during the Coronavirus pandemic.

Bigg Boss Malayalam Season 3 has been attended by a lot of actors like Remya Panicker, Firoz Khan, Sajina Firoz Khan besides Manikuttan. The show is hosted by Malayalam film superstar Mohanlal and is being aired on Asianet Channel. In 2021, Manikuttan will also be seen in the role of Moyinkutty in his upcoming movie Marakkar: Lion of Arabian Sea. Manikuttan is also the winner of the Asianet Tv show Bigg Boss Malayalam Season 3 telecasted in the year 2021.

Manikuttan age is 36 years old in 2022 and he is very vigilant about his fitness and does a variety of exercises in the gym for hours every day to keep his body fit. He is also fond of having a beard to look good in public. He has a black thick beard on his face which makes him look even more spectacular. His body and fitness are also healthy gym body which sets his look apart from others.

He likes to eat green vegetables and drink fruit juice so that his body can stay healthy. Manikuttan’s height is 5 feet 8 inches, which is 176 cm. His bodyweight is 76 kg and Thomas’s body measurement is 40-36-14. His eye color is black and his hair color is Black.

Manikuttan is 36 years old and he is not even married yet. Their marital status is still unmarried. The news of Manikuttan’s affair has not been reported yet. Rithu Manthra could become a good girlfriend of his in Bigg Boss’ house, but he also refused. Now it will have to be seen who is the girl with whom Manikuttan makes his girlfriend or marries her.

Talking about the net worth of Manikuttan, according to sources, the charges are around ₹45k to ₹60k for an episode of Bigg Boss Malayalam season 3 show. The main sources of his earnings are films, acting, and work in the television industry. His total net worth is approx ₹3 crore to ₹5 crores.

Apart from this, Wikipedia has also covered them. But he is not present on Twitter. Here, below the table, we’re giving you all their social media links of his. By clicking on the given link you can directly access his profile page.

Some Interesting Facts About Manikuttan:

This is the full details on Manikuttan Biography, Age, Height, Father, Family, Wife, Girlfriend, Net Worth & More. Share this post with your friends and keep visiting us on celebwale.com for famous personalities and trending people’s biography with updated details. If you have any thoughts, experiences, or suggestions regarding this post or our website. you can feel free to share your thought with us.