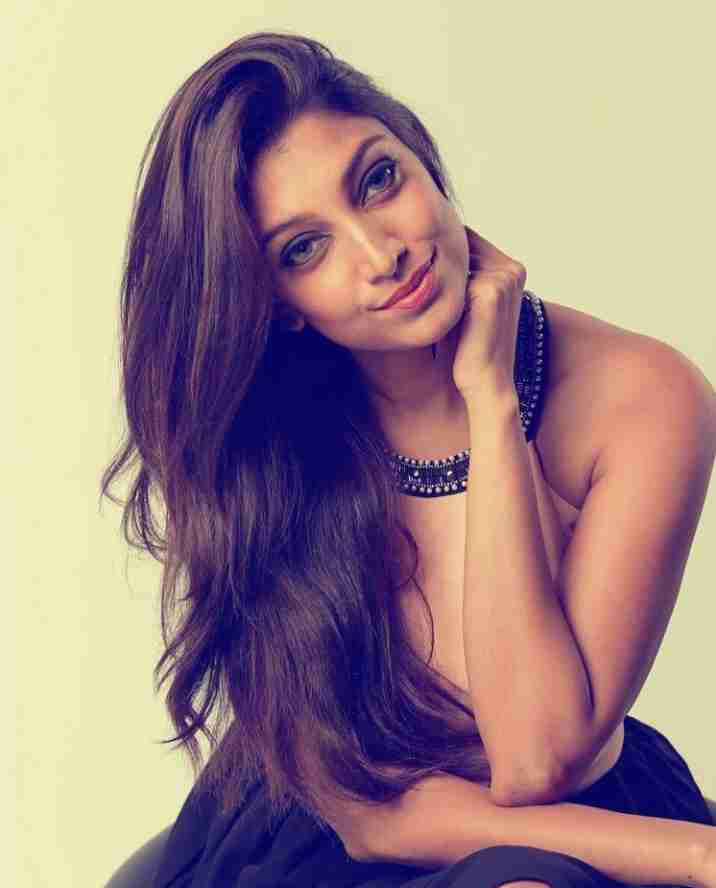 Rithu Manthra was born on 7 September 1994 in a middle-class family in Kannur, Kerala, India. Her father passed away when she was so young. Thereafter, She was brought up by her mother who is the inspiration of Rithu Manthra. Rithu completed her schooling at Ebenezer Residential School, Kannur.

During school days, she was fond of acting, modeling, and photoshoot. She used to participate in all kinds of extracurricular activities in her school. One thing was very clear in his life, She always wanted her career in acting. As far as her graduation is concerned, She graduated from Don Bosco College, Kannur, Kerala in journalism and literature.

In her college life, She took part in almost every extracurricular activity. After finishing graduation, She started looking for her a career in modeling. She appeared in various TV shoots and brand advertisements. She has endorsed many well-known brands as well. She is known for her appealing look and bold personality.

She earned the title of fbb miss talented in 2018 when she was representing Kerala in the Femina Miss India beauty pageant. Gradually, She started grabbing the attention of the public and some eminent artists. Subsequently, She walked at the ramp in many fashion shows like International fashion fest, Lulu fashion week, and the Indian Luxury Expo.

Meanwhile, She got the chance for small roles in many Malayalam movies. Besides acting and modeling, She also loves to sing in her spare time. She became one of the contestants of the reality TV show Big Boss Malayam(season3)  in 2021.

Rithu Manthra is an Indian model, actress, and singer from South India who has gained fame by participating in many TV Ads and Fashion Shows. She has also won the title of FBB Miss Talented in addition to ramp walks in many fashion shows. Rithu made her film debut with the Malayalam film King Liar released in 2016.

Rithu started her television career with the same shows. Apart from them, the show was attended by many big stars of the Malayalam industry such as Dimple Bhal, Manikuttan, Sajina Firoz Khan, Remya Panicker, Ramazan Mohammed, Adoni John Peter. The show was hosted by Malayalam film star Mohanlal which aired on the Asianet TV channel from 9:00 pm every night.

Rithu Manthra’s age is 26 years old in 2021 and she is a very beautiful actress in the South Indian industry. She does regular yoga and exercise hours in the gym to keep her body fit, which makes her body look very attractive.

Along with being an actress, she is also a model for which she has to take great care of her fitness. To keep her body healthy, she also consumes green vegetables daily and regularly takes fruit juice.

Rithu Manthra was born in an ordinary Hindu family in Kannur Kerala. She believes in Hindu beliefs as well as worships Hindu deities. Rithu Manthra’s father’s name is not known but his father died when she was very young. The name of Rithu’s mother is also not known.

After Rithu’s father’s passing, it was her mother who took care of him and raised him from childhood until now. Apart from her mother, we could not get information about his brother or sister in her house.

Rithu Manthra’s marital status is still unmarried and neither is her affair with anyone. The name of her husband or boyfriend has not yet been known due to her affair or marriage with no one. Right now she is very serious about her career and she is focusing mostly on her acting.

Rithu lives in the Kannur district of Kerala from where she got her early education. Rithu passed her 10th and 12th exams at Ebenezer International Residential School, Kerala.

She completed her intermediate education and continued her studies and took admission to Don Bosco College of Kannur for her higher education. From this college, she graduated in Journalism and Literature. After completing her studies, she started her career in modeling, following her childhood passion.

Talking about the favorite things of Rithu Manthra, her favorite actors are Salman Khan and Mahesh Babu and her favorite actress is Deepika Padukone she loves Travelling, Reading, Photography, and Swimming. She is also very fond of food, who likes to eat non-vegetarian.

Apart from this, she is also very fond of walking, she likes to go to her favorite destination Goa and Singapore on holidays. She also loves to watch cricket and her favorite IPL team is RCB (Royal Challengers Bangaluru).

Talking about the net worth of Rithu Manthra according to sources, she charges around ₹35k to ₹50k for an episode of the tv show. She is charging around ₹8 lakh to ₹15 lakh for one movie. The main sources of her earnings are television shows, advertising, and films. She has also a BMW Car.

Rithu is not covered by Wikipedia. Below we are sharing the links of all their social media accounts with you, by clicking on which you will be able to access their profile directly.

Rithu Manthra made her film debut with the Malayalam film King Liar which was released in 2016 after making her debut as a model. After this, she played many small roles in the films like Uyare, Thuramukham, Role Models, Operation Java, and many more

Some Interesting Fact About Rithu Manthra:

This is the full details on Rithu Manthra Biography, Wiki, Miss India, Age, Height, Boyfriend, Husband, Family, Father, Bigg Boss Malayalam 3, Singer, Movie List & More. Share this post with your friends and keep visiting us on celebwale.com for famous personalities and trending people’s biography with updated details. If you have any thoughts, experiences, or suggestions regarding this post or our website. you can feel free to share your thought with us.