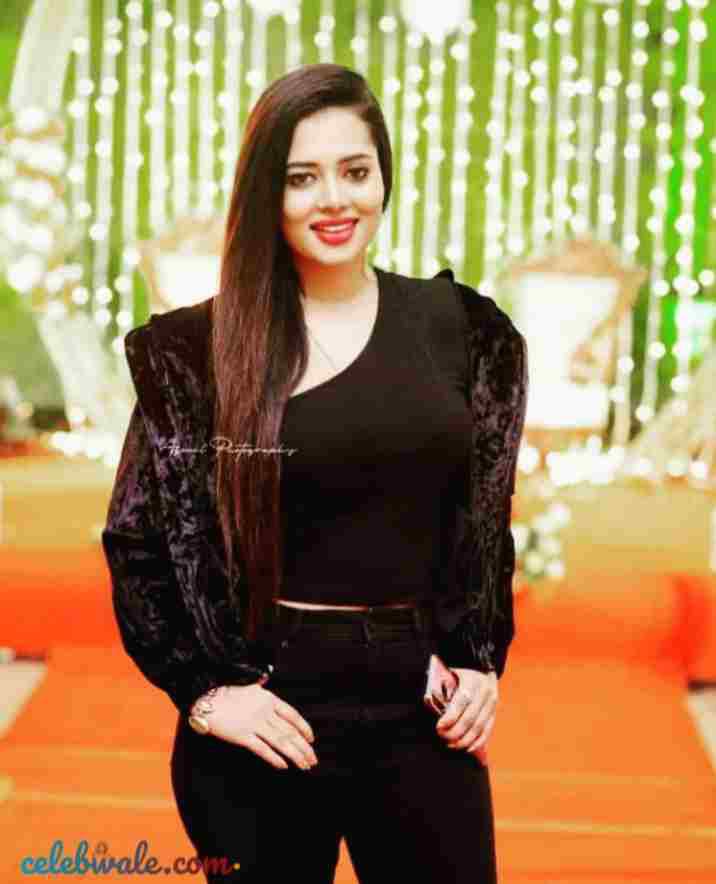 Remya Panicker is an Indian model and South Indian supporting actress known primarily for acting in Malayalam films. Remya, who started her acting career with the film Ore Mukham has played a supporting role in films such as the Malayalam film Chunkzz, Ira, Porinju Mariam Jose, Hadiyya, Tiyaan, Mera Naam Shaji, and Masterpiece. She was born on 19 February 1992 in Trivandrum, Kerala. She received her early education in Thiruvananthapuram itself. She then received her high school and intermediate education in the same city.

During her school days, she used to participate in the dance competition of the school from where her interest in dance originated. She is also considered a good dancer after learning dance during her school days. After Intermediate, she graduated from Kerala Kamandalam University, graduating in dance and arts. During this time, her focus shifted to modeling, later she started modeling after completing her graduation. Remya began her career as a model and also appeared in several regional commercials. Her beautiful look inspired her to shoot prints with several fashion photographers.

She was later spotted by a filmmaker and the producer offered him to play a role in a Malayalam film. She made her film debut in the Malayalam film Ore Mukham released in 2016. It was a thriller mystery film in which she played the role of Shalini. After this, she also appeared in the Indian Fashion League 2017 walking the ramp. She gained a lot of fame after walking the ramp in this fashion show. She did her best work in the Malayalam film Chunkzz in which she played Jolie Miss. The film was a comedy film directed by Omar Lulu.

The story of this film is based on an engineering student who has only one girl in his class. She then played Vaani in the crime thriller Malayalam film Ira released in the year 2018. She also appeared in a period action thriller Malayalam film Porinju Mariam Jose in 2019 as Shirley. Apart from this, she has also acted in horror short films like Deja Vu, which was a viral film. She is an actress in the Malayalam film industry as well as a model and apart from that, she is also a good dancer.

She performed the dance in a stage show on New Year’s Eve in Dubai, which was highly praised by critics and audiences for her dance skills. In the year 2021, Remya started her career in the TV industry by participating as a contestant in Bigg Boss Malayalam Season 3. She had entered the show through a wild card, making her the 18th contestant on the show. Apart from Remya, many artists like Feroz Khan, Sandhya Manoj, Rithu Manthra, Ramadan Muhammad, and Adoni John Peter, are seen as contestants in this show. Bigg Boss Malayalam season 3 is being aired on the Asianet TV channel which is hosted by famous Malayalam actor Mohanlal.

Remya Panicker’s age is 30 years old in 2022 and she is a very beautiful actress in the Malayalam film and television industry who has made her place in the industry by working in many films. She does a variety of exercises in the gym every day to keep her body fitness intact which makes her feel fit. To keep her body healthy, she takes nappy food and at the same time, she consumes juice from green vegetables and fruits. Remya Panicker’s height is 5 feet 7 inches, which is 170 cm. Her body weight is 54 kg and Remya’s body measurement is 34-27-33. Her eye color is black and her hair color is also Black.

Remya was born into a prosperous Hindu family. She worships Hindu deities and believes in Hindu culture. Remya Panicker’s father’s name is K. Devaraaja Panicker, and her mother’s name is Shylaja Panicker. In addition to her parents in Remya’s family, her sister and brother’s details are not available on the internet media. Talking about the marital status of Remya Panicker, she is unmarried and is not having an affair with anyone. Information about Remya Panicker’s boyfriend is not present on the internet media, so her boyfriend’s name is not known.

Talking about the net worth of Remya Panicker according to sources, she charges around ₹35 Thousand to ₹50 Thousand for an episode of Bigg Boss Malayalam season 3. She is charging around ₹50 lakh to ₹70 lakh for one movie. The main sources of her earnings are television shows, advertising, and films.

Remya Panicker’s account is available on all social media platforms except Twitter. She is also present on Instagram where she has more than 159k followers. She keeps sharing her latest pictures on Instagram with her fans. Apart from this, she is also present on Facebook but her account is private, due to which we could not know the number of her followers. Remya has not yet been given a place on her page by Wikipedia. Below we are sharing the links of all their social media accounts with you, by clicking on which you will be able to access their profile directly.

Some Interesting Facts About Remya Panicker:

This is the full details on Remya Panicker Biography, Age, Height, Father, Family, Husband, Net Worth & More. Share this post with your friends and keep visiting us on celebwale.com for famous personalities and trending people’s biography with updated details. If you have any thoughts, experiences, or suggestions regarding this post or our website. you can feel free to share your thought with us.