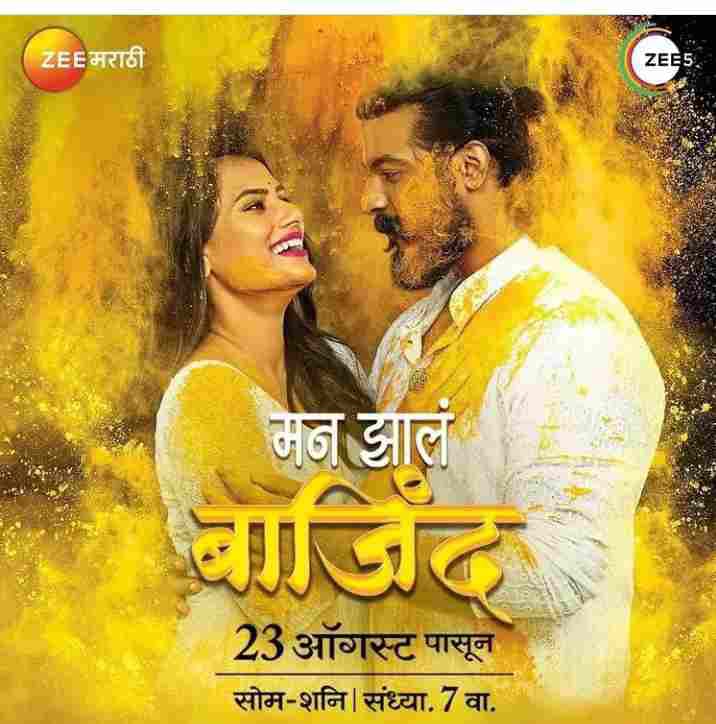 Man Jhala Bajind is an Indian Marathi channel that is being telecasted from Monday to Saturday at 7 pm on the Zee Marathi channel from 23 August 2021. This is a Marathi serial that is getting a lot of love from the audience.

Ever since the promo of the serial was released, it became popular among the audience. Hero and the beautiful heroine in the promo who falls on the yellow flower caught the attention of the audience.

The background music of Man Jhala Bajind serial was very good due to which the fans were associated with the serial from the very beginning. Vaibhav Chavan and actress Shweta Rajan are playing lead roles in this serial.

The role of Antara, who was average recorded to marry Raya in the serial Man Jhala Bajind, has also grabbed the attention of the audience. This role is played by Sanika Kashikar. Apart from serials, Sanika has also appeared in TV commercials.

Before coming to this show, he played an important role in serials “Anandi Hi Jag Saare” and “Vaiju No. 1”. The serial Man Jhala Bajind is directed by Aniket Sane. It is produced under the banner of Waghoba Production House.

This is the full details on Man Jhala Bajind serial Cast, Zee Marathi, Wiki, New Serial 2021, Release Date, Starcast With Photo, Telecast Time, Promo & More. Share this post with your friends and keep visiting us on celebwale.com for such an entertaining post. If you have any thoughts, experiences, or suggestions regarding this post or our website. you can feel free to share your thought with us.